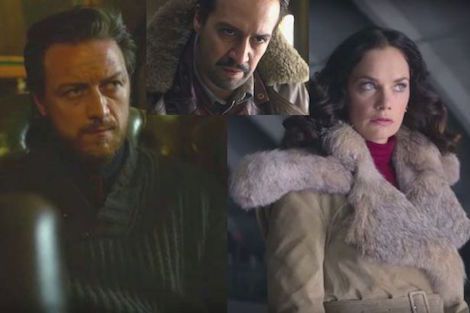 For anyone not familiar with it (no judgement! I only read Northern Lights this past summer!) His Dark Materials is an award-winning trilogy. It comprises of Northern Lights (The Golden Compass in the US), The Subtle Knife, and The Amber Spyglass. The author, Philip Pullman, has described it as a coming-of-age story Lyra Belacqua and Will Perry (who only appears in the second and third books). The series begins in an alternative version of our world, and continues across a number of parallel universes.

The new BBC adaptation will come out at some point this year. It contains eight episodes, and has already been renewed for a second series of the same length. Given the highlights shown in the trailer and the fact that Will’s name does not appear in the cast list, I presume that each series will focus on a different book, beginning with Northern Lights. This might be a good solution, as it will allow for the proper development of the world and characters, and addressing more of the issue the books focus on (something that the 2007 movie could not do).

Watch the trailer here. Are you looking forward to this new adaptation? I know I am!