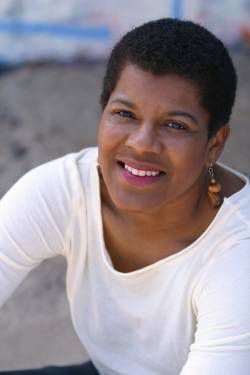 Yesterday it was announced that the upcoming third (and supposedly final) game in Rocksteady’s Batman Arkham franchise has been rated “M for Mature” by the ESRB, the first in the series to do so.

And I’m kind of upset about it.

I’ve played and really enjoyed both of Rocksteady’s previous Arkham games (Asylum and City, respectively), and both games definitely delved into some mature territory but they never crossed the line beyond a hard “T for Teen” (the equivalent of a PG-13 rating) which I think is fair for a Batman game. They were both plenty dark and gritty, probably the darkest take on the Batman franchise we’ve ever gotten, but despite how close they may have tip-toed up to the line, they never crossed it into R-rated territory. But Batman: Arkham Knight has changed that and we now have our first R-rated Batman.

And it’s wrong on every level.

Now, I’ll admit that there have been plenty of “mature” takes on the character in comics, and certainly plenty of instances of a Batman comic not being appropriate for young readers. But the difference is that for every overly dark and mature Batman comic, there are literally THOUSANDS of others to choose from that can be ready by anyone. Batman in other media is a different story.

Currently, there are only two Batman video game franchises. There’s the LEGO Batman games which are made for all ages, and then the Arkham games that consist of the Rocksteady trilogy as well as the non-Rocksteady Arkham Origins spin-off. For LEGO Batman, the audience seems to be young children and people aged 20+ who want a fun co-op puzzle/platformer to play with casual gaming friends. But there’s a range of gamer aged 10-19 who are usually “too cool” to play a “lame baby game” like LEGO Batman, and that’s where Rocksteady’s Batman Arkham games come in. And that’s great when the rating is “T for Teen”, but now that it’s “M for Mature” that leaves the 10-16 year olds out in the cold. They don’t get to play a Batman game, and that doesn’t sit well with me.

Obviously, I know that’s not completely true. The popularity of games like Grand Theft Auto and Call of Duty have proven that an M rating isn’t going to stop any 10-16 year old from playing a game they really want to play. But their access to the game isn’t really the point. It’s the fact that these kids have to break these rules to play a Batman game at all. It’s absurd. Batman should never be in the same league with games where you have to shoot up airports full of civilians or torture people for information. Batman is a superhero. It should be a wildly inappropriate comparison. And yet, here we are.

But then there’s this quote from Sefton Hill, the game director of Arkham Knight:

“From our point of view, we never wrote it or made it with a rating in mind. We never did that in the previous two games… We just felt that this is the story that we really wanted to tell.”

Under any other circumstances, I would be extremely happy to hear something like this from a creator. Freedom of expression through art is a wonderful thing. But that’s not what this is. Batman wasn’t created by Hill or Rocksteady, nor do they own him. They’re just licensing the character to make these Arkham games. Artistic integrity or not, writing the story for a Batman video game without taking the rating system into consideration is irresponsible.

In fact, despite the Mortal Kombat franchise being one of the reasons we have the M-rating to begin with, when Mortal Kombat vs DC Universe was made, the creators knew that they had a responsibility to make a game that was appropriate for the iconic characters of the DC Universe. No matter how much a certain kind of fan would love to see Superman ripping The Flash’s spine out through his nose, they knew it would be inappropriate for those characters and didn’t do it. I mean, they would never make a Batman movie without considering the ratings system, so why is it okay to do that for Arkham Knight?

Now it should be stated that I am in no way saying that Arkham Knight will be bad. Quite the contrary, Rocksteady make great games and I’m sure Arkham Knight will another masterpiece that will deserve all of the accolades it will no doubt have heaped upon it. The quality of the game is not in question. My point is simply that Batman is a symbol that should not represent mature audiences. He’s not a character for adults only. Nor is he just a character for children. Batman is supposed to be for everyone. Simultaneously. And I’m just a little sad that this time around he won’t be.