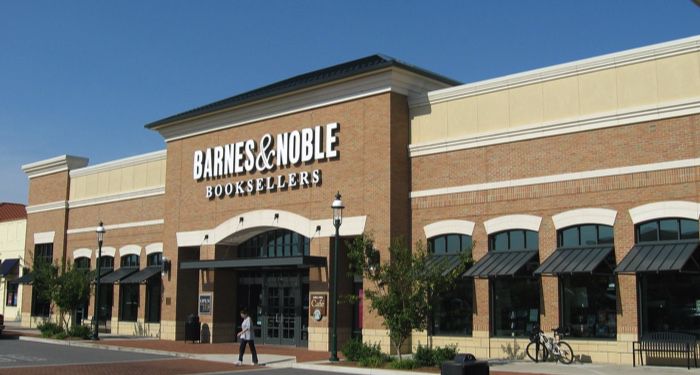 Barnes & Noble has temporarily closed over 400 of their 627 U.S. stores in response to the COVID-19 pandemic. As differing guidance is issued across the country, the bookselling giant confirmed that they are working with state and local officials to determine next steps to best protect customers and employees. 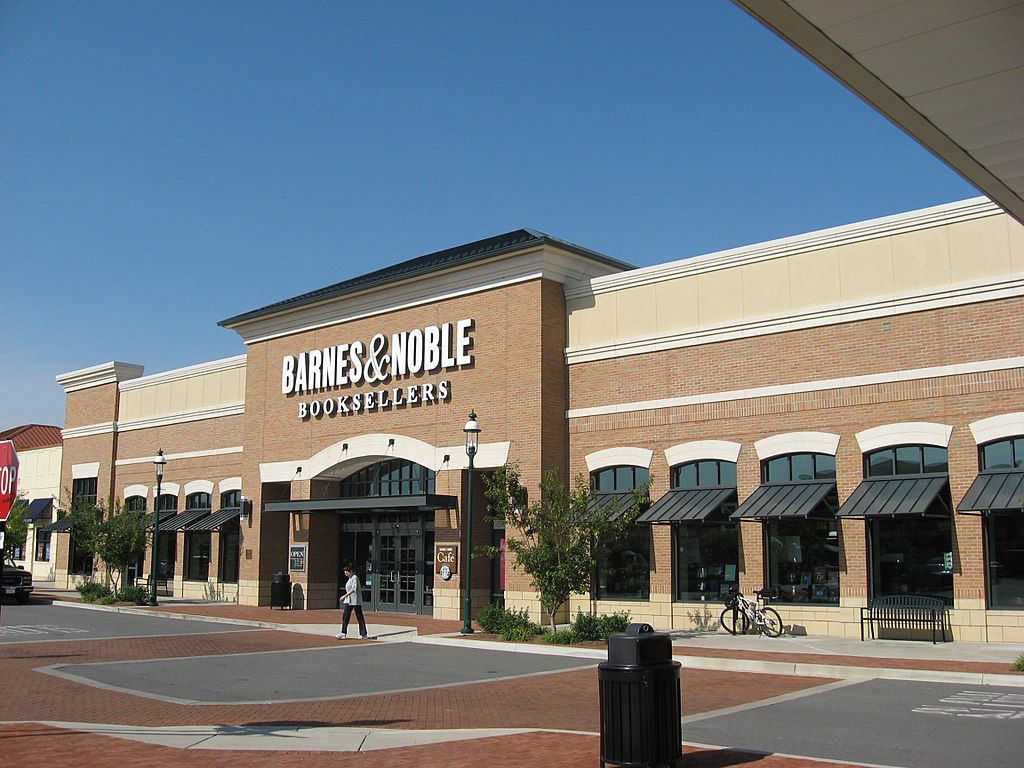 In a letter sent to Barnes & Noble’s 23,000+ employees on March 17, prior to closing the majority of their stores, CEO James Daunt warned that layoffs may be inevitable. “With the closure of stores, we are obliged to make the hardest of choices,” Daunt warned, adding that Barnes & Noble does not have the resources necessary to continue paying employees as other companies have promised, including Apple, Nike, Patagonia, and REI. “This is a devastating situation in which to find ourselves and we understand the personal impacts of such action.”

Daunt warned employees that as stores closed, employees with less than six months of employment would be laid off. Other employees would be first asked to use available paid time off, after which those employed at Barnes & Noble for at least one year could receive up to two additional weeks of pay. “When a closed store is permitted to reopen, we will do so, and we intend to rehire.”

In a public statement, Barnes & Noble encouraged customers to utilize online ordering options, while also sharing that stores remaining open are prioritizing customer and employee safety by implementing enhanced cleaning and hygiene protocols. Many stores, including those that have closed to the public, continue to offer curbside pick-up of orders.

As over 400 stores temporarily close across the country, layoffs have already begun. Employees who have worked at Barnes & Noble for less than six months were furloughed at the time their store locations closed, regardless of title. Employees with a longer tenure are utilizing paid time off.

Aidan* began working at a New Jersey Barnes & Noble location last October, five months before a statewide “stay at home” order forced the store to close. “I got a call from one of my managers saying that I and every other employee that had been hired less than six months ago would be laid off, and that when they knew that they were going to reopen, they would call me and I would be rehired,” Aidan shared in an interview with Book Riot.

But even before layoffs began, Aidan already suffered from reduced shifts. On March 15, “I came in and saw that our store hours were being shaved down. One of my managers talked to all the booksellers individually about how she was trying to keep people’s shifts, but that hours would be cut.”

Now, Aidan is among the over 150,000 New Jersey residents filing for unemployment, an increase of 2,000% over the same week last year. And although Congress’s recent stimulus package allocates money to support state unemployment funds, it’s unclear how long it will take for that money to reach out-of-work New Jerseyites’ pockets.

When it comes to COVID-19 protocols in open stores, Barnes & Noble employees report mixed messages from headquarters, regional leadership, and individual store management. Courtney*, a Barnes & Noble employee based in Missouri, told Book Riot that doors remain open, and safety precautions aren’t being regularly taken by customers or managers of her store. “[Corporate has] left a lot up to individual stores to implement. And that’s fine when it comes to what books are selling in your region, but the gray area during a pandemic is not.”

While individual stores have received guidance from headquarters on cleaning protocols and social distancing recommendations for customers, enforcement is up to individual store management. At Courtney’s store, adherence to recommendations is minimal. “Corporate mandates we clean the doors, so we do. But there’s nothing about cleaning registers or countertops or keyboards and touch screens, so it just isn’t done unless one of us decides, ‘Hey, that should be done.’”

Enforcement of social distancing for customers is even more lax. Courtney reports that, although chairs have been removed from reading areas and the cafe at her store has been closed, customers continue to visit the store and linger in public areas. “There are very few customers who actually are taking precautions. Others don’t seem to care or understand that there’s a virus that we could catch. They stand as close to us as possible, even as we take great care to put distance between us, and cough into the air. With such light foot traffic anyway, I don’t see the point in being open to people to walk around who could potentially put booksellers at risk.”

At storefronts that remain open, some employees have chosen not to come to work out of fear and are using available paid time off. Others, even some that are at higher risk of contracting COVID-19, continue coming to work out of fear of unemployment. Courtney shared that she and many colleagues would feel more comfortable continuing to work if stores moved to pick-up only and stop accepting cash payments. “I want us to be able to continue doing business, but not at the expense of all of us here.”

As many cities and states receive directives to shelter in place, constituents are left uncertain about what businesses are deemed essential or non-essential. The U.S. Department of Homeland Security issued guidance on what industries and workers are considered essential, highlighting industries like health care, food and agriculture, public works, and more. However, the broad guidance deferred to state and local governments for further delineation of essential businesses in their individual directives.

This leaves many booksellers confused as to whether their stores can remain open. While some directives explicitly name bookstores as non-essential businesses, others are ambiguous when it comes to selling books. Courtney’s store in Missouri is in an area under a 30 day shelter-in-place order. Managers have thus far claimed Barnes & Noble is an essential business, allowing them to remain open with reduced hours until instructed otherwise by local officials.

“When [CEO Daunt] gives interviews about how essential books are, he leaves out anything about booksellers being essential,” Courtney said. “I love books too, but they aren’t essential during a pandemic, and none of the booksellers are less important than a book.”

At Aidan’s store in New Jersey, the state “stay at home” order allowed for less ambiguity. The list of essential businesses includes specific industries and services, and booksellers are not a part of the list. “One of my friends works at a Barnes & Noble in Virginia and his store hasn’t closed yet, so I think it’s safe to assume that they wouldn’t have closed if they weren’t told to,” said Aidan of their store’s closure.

Many Barnes & Noble locations that have closed due to local ordinances continue to offer curbside pick up for online orders. These orders allow a small number of employees to continue working while maintaining a safe distance from customers and ensuring time for stores to disinfect surfaces.

The closure of over half of Barnes & Noble’s stores comes only seven months after the company was acquired by Elliott Management**, the hedge fund owner of U.K.-based bookstore chain Waterstones. Daunt was appointed as Barnes & Noble CEO at that time, and has since focused on making stores smaller and more intimate to offer a similar atmosphere to independent bookstores.

As Amazon’s customer base has expanded, traditional bookstores like Barnes & Noble have seen a downturn in market shares. Bookselling chain Borders closed all locations in 2011, and Waterstones experienced a similar downturn at the same time, prompting them to bring Daunt on board. His efforts to create a more intimate customer experience turned the company around to make a profit within four years.

Daunt’s March 17 letter assured employees that Barnes & Noble was financially strong prior to the COVID-19 pandemic. While sales were down somewhat at the time of writing, the company had “well within what we need to remain profitable.” In fact, Dial shared that online sales and children’s book sales were actually above average.

Along with cost reductions at the company’s headquarters, Daunt hopes layoffs and reduced store hours can keep the company afloat through massive store closures. “We intend to rehire. We hope that as few as possible will be mandated to close and that any closures are temporary. I am confident that we can carry the company through this catastrophe by taking such resolute actions. It is extraordinarily painful and, once again, I express my sincere appreciation for the dedication [employees] are demonstrating.”

*Names have been changed to protect the identity of those interviewed.

**Editor’s Note:  It was Elliott Management, the hedge fund owner of Waterstones, that acquired Barnes & Noble, not Waterstones itself as was previously stated incorrectly.