Barnes & Noble has been around for many years (since 1873, according to the company website), and has evolved significantly throughout its history.  The Very Model of a Modern Major Bookstore episode of Book Riot’s Annotated podcast delves into this history and explores how Barnes & Noble’s influence in the book world has ebbed and flowed. The episode also introduces one of the company’s current ventures: the Barnes & Noble concept stores.

One of the concept stores is in Columbia, MD, a mere 45-minute jaunt for me. It opened in fall 2018, so I figured it was high time for me to check it out and see the “concept” for myself. My hope was that books would be more in the spotlight, unlike the traditional stores heaving with toys, games, and other knick knacks. In an interview with store manager Jim Jurczak, my hope was affirmed.

Although there is still plenty of non-book merchandise available, the overall layout of the store makes books the main attraction. Building community and being conscious of the environment are also elements of the concept. There are many other little details within the prototypes that the company is hoping will give customers what they’re looking for in a bookstore.

Here’s a breakdown of the differences you’ll see between a traditional Barnes & Noble and one of its concept stores:

“The space is being used more efficiently,” Jurczak explained. 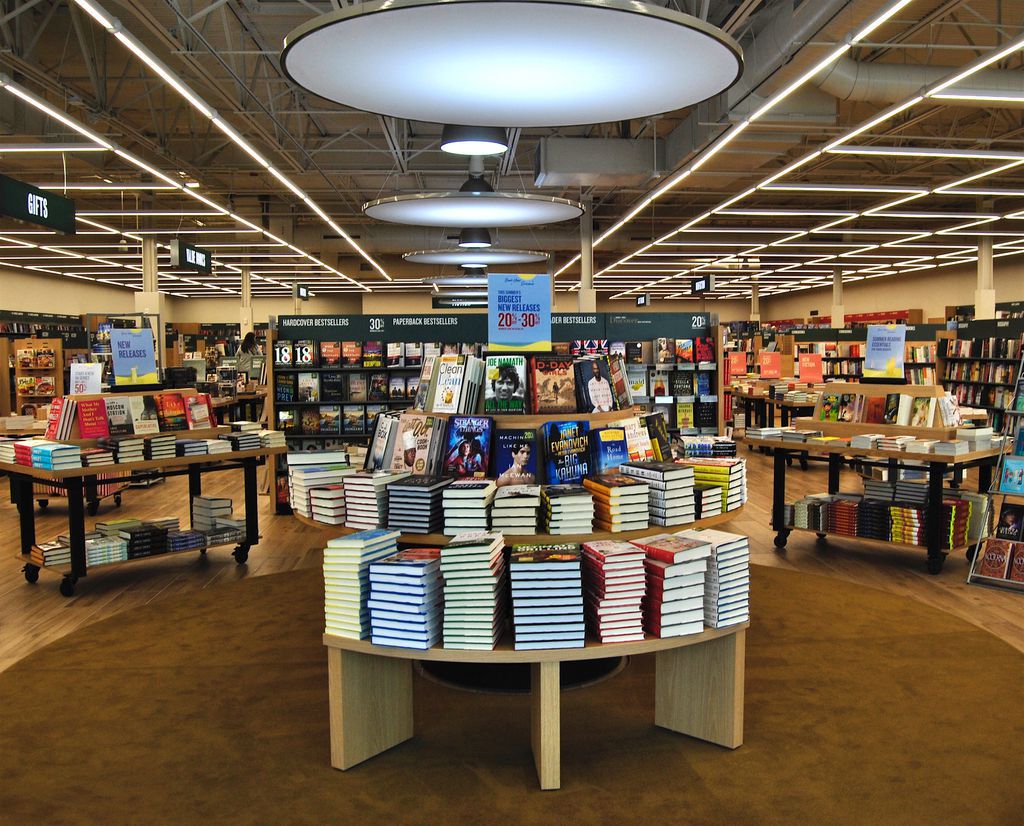 The 360-degree “book theater” at the front entrance of the Barnes & Noble concept store in Columbia.

My overall impression of the prototype was positive. It still didn’t feel as intimate as some of my favorite indie bookstores, but the aesthetics were more welcoming and the emphasis on books was evident.

“We’re getting away from the idea of the superstore,” Jurczak told me, “All stores going forward will try to leave less of an imprint on the environment.”

This trend has proven to be true so far in the most recently opened Barnes & Noble stores. A new store opened at the end of April 2019 in Fairfax, Va. and at 8,300 square feet, it’s the smallest one yet.

The company plans to open 10 to 15 of these smaller stores in fiscal year 2019, so there might be one coming your way soon. If you check out one of the prototypes, please share your thoughts in the comments!