As another year—2011, for anyone who’s counting—came to an end, we got to delight in/had to suffer through another round of words-of-the-year, the annual celebration of terms and phrases that had joined our lexicon or been promoted to new status on a wave of popular culture* and media excess over the last 12 months. We got to learn about “squeezed middle” and the new significance of “occupy,” among others. Some, but certainly not all, may live on.

*Popular culture really is the most fickle of the cultures. It’s all based on popularity.

But as we confront the first days of 2012, there is another inventory of words to consider—words that, thanks to a list released by Michigan’s Lake Superior State University (Home of the Fightin’ Lakers!), we are hereby encouraged to banish from our daily vocabularies altogether.

It’s a relatively short list of only 12 English words and phrases, culled by LSSU from many more solicited nominations, leaving roughly a million in the language as fair game. But going without this dirty dozen will still take some effort—as the list’s moderators explain, the methodology was not to eliminate words that had already drifted away through disuse, but to tackle words that were annoyingly ubiquitous and/or abusively misused.

Some are easy to agree with—“occupy” also made this list, and I can fully support the decision to include “amazing,” at least insofar as it is too often used, to describe something that is, in fact, not amazing. On the other hand, I think “man cave” and “ginormous” have a couple good years left.

A few, however, hit close to home. “Thank you in advance” brought me a moment of shame, as I contemplated the number of query and cover letters I have concluded with just that phrase. One nominator summed up the expression’s offense in his comments: “Usually followed by ‘for your cooperation,’ this is a condescending and challenging way to say, ‘Since I already thanked you, you have to do this.’”

Just as with the honored words-of-the-year, the majority of those words dishonored on this list reflect the state of our society at this point in our development—the words themselves are relatively neutral; we are the ones who evolve—and devolve—language over time. And in that respect, our reaction to that evolution and devolution offers its own window into where we are….

A brief, semi-relevant side story: Whereas I might look forward to December television for its customary offerings of National Lampoon’s Christmas Vacation and Elf, my wife is a big fan of those cheesy old-time holiday movies (as well as almost any film that was produced at least 20 years before she was born). Two years ago, she convinced me to watch White Christmas (1954) for the first time. Cheesy, but somewhat charming (also, it was in Technicolor—I had imagined black-and-white). But this year, we went even further back in time and settled in for AMC’s annual rebroadcast (and my first viewing) of 1942’s Holiday Inn. I found it fascinating as history; within the first minutes, it was already a glimpse into another world. My wife, then, was almost giddy in anticipation of my reaction to what she considered the highlight/lowlight of the film: an all-out blackface number in tribute to Abraham Lincoln (to be fair, it is a crucial plot point—Bing Crosby is trying to hide the identity of a particular white woman from Fred Astaire, and what better way to do it, eh?). But the moment never came—AMC had cut it. She was appalled. So we found and watched the scene online (follow this link at your own risk), and we were both properly appalled. It was, with all due respect to the Banished Word List, amazing.

As I was telling this story to a friend days later, he pointed out how the fact that the scene was edited out reveals how far we still have to go. “Yeah, hopefully in another 60 years—or much, much sooner—they can show the whole thing with no thought of cutting it, because it won’t be any big deal,” he said. “Just a part of history.”

Obviously, the words on LSSU’s list were chosen for banishment out of a sense of frustration and commitment to protecting the meaning of language, not a higher yearning for racial justice and social equality. But still, this list—in addition to presenting an outlet for current aggravation—will provide a service for the future, as well, when we can look back and laugh at it as a part of history.

You can see the entire list here, and offer your feedback directly to the Banished Words Committee via their Facebook page. But I think it would also be fun to see where we all stand. In the comments, feel free to share words you would ban in 2012 and beyond.

I’ll start us off: “Literally.” It’s overused, almost always misused, and usually unnecessary: when something is truly literal, it doesn’t need to be described as such.

Oh, and thank you in advance for your cooperation. 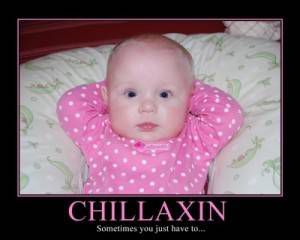 Victor Wishna’s work has appeared in the Wall Street Journal, the Baltimore Sun, the New York Post, NPR, KCMetropolis.org, and others. His writing and editing services firm, The Vital Word helps find the right words for nonprofit, corporate, and individual clients. Follow him on Twitter: @vwishna.