Banned Books Week is the greatest week of the year for me. I would take that week over the Christmas or Thanksgiving holidays for sure. If you are unfamiliar with what Banned Books Week is (shame on you), it is an annual event celebrating the freedom to read. It is held annually during the last week of September, and it says screw you to all those individuals who “challenged” books throughout the year for various reasons. Believe it or not, some people don’t believe in free and open access to information. This is something that most librarians covet. However, there are some librarians who feel the need to challenge books as well. Shame on them for not upholding the right for all to read whatever they want. Why the hell should anybody tell others what they can and cannot read? Anybody who challenges books should be labeled as the minister of propaganda.

Public libraries across the country do an amazing job of setting up displays that highlight books that have been challenged over the years. Every year there is a “Top Ten Challenged Books” list that the American Library Association puts out. This list highlights those ten books and the reasons why they were challenged. I mean, my morals are tested daily when I see garbage books that have Trump’s face pictured on them, but my personal feelings mean nothing. Others have a right to read what they want and intellectual freedom should never be infringed upon. Some of the reasons the books are challenged are quite comical. Let’s take a look at these ten books and the reasons why they were challenged:

This One Summer written by Mariko Tamaki and illustrated by Jillian Tamaki. This book was challenged because it included LGBT characters, drug use, profanity and it was considered sexually explicit with mature themes. 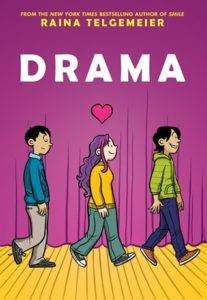 written and illustrated by Raina Telgemeier. This book was challenged by parents, librarians, and administrators because it includes LGBT characters, was deemed sexually explicit and was considered to have an offensive political viewpoint.

George written by Alex Gino. This book was challenged because it includes a transgender child and the “sexuality was not appropriate at elementary levels.”

I Am Jazz written by Jessica Herthel and Jazz Jennings, and illustrated by Shelagh McNicholas. This children’s picture book was challenged because it portrays a transgender child and because of language, sex education and offensive viewpoints. 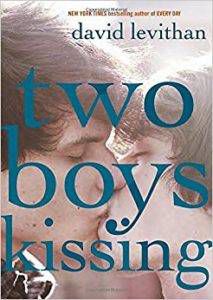 Two Boys Kissing written by David Levithan. This book was challenged because its cover has an image of two boys kissing, and it was considered to include sexually explicit LGBT content.

Looking for Alaska written by Jon Green. This book is challenged just about every year since 2006. Young adults don’t seem to mind, because it is extremely popular. This year it was challenged for a sexually explicit scene that may lead a student to “sexual experimentation.”

Big Hard Sex Criminals written by Matt Fraction and illustrated by Chip Zdarsky. This book is considered to be sexually explicit by library staff and administrators.

Make Something Up: Stories You Can’t Unread written by Chuck Palahniuk. This book was challenged for profanity, sexual explicitness, and being “disgusting and all-around offensive.” 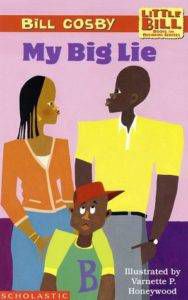 Little Bill (series) written by Bill Cosby and illustrated by Varnette P. Honeywood. Do I need to explain why this was challenged? This children’s book series was challenged because of criminal sexual allegations against the author.

Eleanor & Park written by Rainbow Rowell. This book was challenged for offensive language.

When a child or young adult wants to check out these books at a public library, librarians should not question the content of the book or tell someone they cannot read it due to its content. I always remind my staff that we are not truancy officers and we do not infringe upon intellectual freedom. It is up to the parents if they wish to tell their children what they can and cannot read. I understand people’s religious and political views, as well as ideologies, can play a big role in why they challenge these books. However, everybody should have the right to read what they want to read. I have been attacked by patrons for displaying these books during Banned Books Week, but I am not shaken. I will continue displaying these books because they belong in libraries and because people can read whatever the hell they want. Does the autobiography of Malcolm X offend you? Well, that’s just too damn bad. Simply look away.