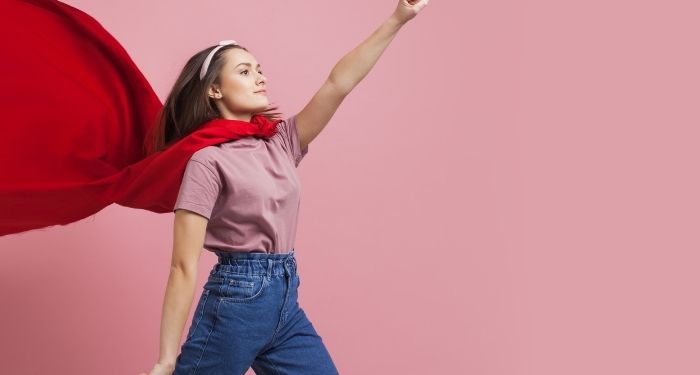 What does it take to be an inspiring and amazing heroine in a young adult fantasy novel? Is it quick-witted banter, fast-paced fighting skills, or how being able to relate well to other characters and grow as the story goes along? To me, when it comes to being a badass female heroine in a novel, it honestly varies so much. But, no matter the combination of personality traits, what ultimately makes a YA female fantasy character badass is their bravery and ability to focus on their goals within the story.

I’ve written before about how I love fantasy but was reluctant to pick up a book of that genre before. While I enjoy fantastical tales and worlds, there was a time when I was a bit turned-off by how some stories relegated their female characters to the background, which led me to being more into contemporary fiction. I am happy to say that, lately, there are so many new and interesting fantasy stories out there for teens and adults to dig into. I am so thrilled that in with this increase in YA fantasy has come many more amazing female, action-packed heroines for us to look up to and get inspired by.

Take Wings of Ebony duology by author J. Elle, for instance. In the first book, we follow Rue, who discovers she is half-god and half-human when she is whisked away to Ghizon, a hidden island of magic wielders, by her formerly absent father. While the magical elements in this book are top-notch, I feel like Rue is quite the badass female heroine because she deals with some real-to-life struggles that women deal with currently as well, such as losing a mother to a tragic death, being left to take care and fend for her little sister, and even having to suddenly reconnect with a father that was never truly there. Rue is from East Row in Houston, Texas in the novel, and the author weaves the reality of that neighborhood and the struggles Rue has faced with her struggles in Ghizon. At a certain point, the evil taking over East Row seems to be the same one that is found in Ghizon, an evil that will continue to rage, apparently, until it takes away everything from Rue. You’ll love Rue’s growth, her strength, and the way she deals with her new and past reality. Also, you might find yourself eager to pick-up the second book in the series, Ashes of Gold, and continue to immerse yourselves in Rue’s life and future.

Another book that really captured me with its amazing female lead character was A Song of Wraiths and Ruin. The main character, Karina, is extremely focused on doing anything she can to protect her kingdom at all times. The story follows her as she faces the other main character, Malik. The Solstasia festival — which was supposed to be Malik’s one-way ticket to escape his war-filled home with Nadia, his sister — all goes haywire when his sister is kidnapped and taken away. In order to enter the city and follow this dream, now Malik is supposed to kill Karina, the Crown Princess of Ziran, in order to save his sister. Yet, Karina is quite the powerful princess who has a secret plan of her own. We follow the determined Karina as she sets her sights on marrying the winner of the Solstasia festival, which could lead to a major confrontation between her and Malik. As a princess, Karina is full of fierceness and a determined attitude that you can’t help but admire.

Then there’s Laia from Sabaa Tahir’s An Ember in the Ashes series. I remember when this novel was about to be released and I was lucky enough to meet and see Sabaa Tahir speak at my local indie bookstore, Books and Books in Coral Gables, South Florida. I remember her excitement as she introduced the series to us and spoke about it and the characters involved. Not only did the series turn into four amazing books and stories, but it also gave us the inspiring character that is Laia. As a character, she’s unyielding, smart, quick to make plans, and willing to put herself in harm’s way for what’s right. She also had no issues at all fighting with the Resistance in order to locate her missing brother, showing that she’s willing to prepare herself physically as well. Laia grows so much throughout the series, and while there is a great romantic plot, we see the complexity of her character as someone who can balance romance with her other goals. She represents strength, aspirations and is just a top-notch and inspiring representation of being bold and very adventurous.

As a reader, I am looking forward to so many more amazing, kickass and inspirational fantasy heroines in teen fiction. To me, as mentioned above, it’s not just about knowing how to fight or fend for themselves as characters. It’s about how they react to tough issues, their determination, and how they represent relatable issues. I am so happy to see female heroines taking over and taking center stage in their own stories, making their own decisions and learning from them, as well as having relationships that enhance their lessons and character arc. I am truly excited to see more characters like the ones mentioned here in future YA stories.

What badass female heroines have you enjoyed reading about in the past and present of YA literature? Got any recommendations of other books that I should check out with these type of epic heroines? Let me know on Twitter @AuroraMiami and to us @BookRiot. Read on!