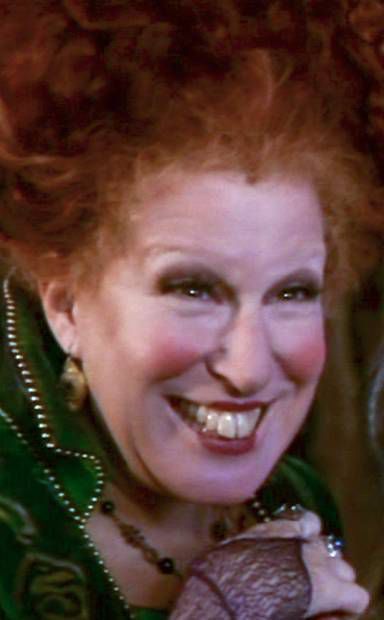 She gazes lovingly at her book. She caresses it and speaks gently to it. They have a connection, this lady and her book.

I am, of course, talking about this lady: 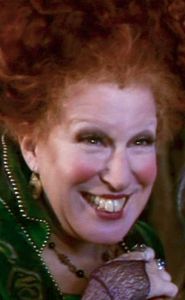 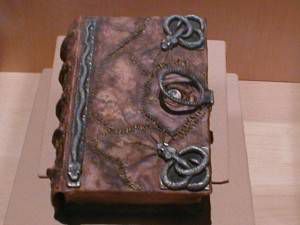 But couldn’t I be talking about any bookworm, really?

Everyone thinks of Hocus Pocus as a Halloween movie. Some of us consider it a silly, nostalgia-triggering classic; others mock it lovingly; maybe someone somewhere hates it, but I’ve yet to meet that person. Sure, it has witches and trick-or-treaters, even an appearance by the Devil (dressed as Garry Marshall—or is that the other way around?), but we bookish folks know that actually, this is a movie about a distraught woman who has been tragically separated from her favorite book. 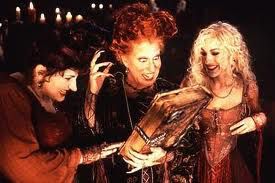 They only care because Winnie knows how to use the learnin’ in the book.

But they just don’t get it. They don’t understand why leaving that unfinished book underneath a desk in a classroom or on the subway in Rome, or having a bag boy accidentally put it in with a customer’s groceries in your cashier line, is such a big deal. “Read another book. Buy a new copy.”

And don’t tell me to calm down because

Of course, we regular people have the option to read whatever we like. Winnie’s book is so important to her not just because she adores it, but because it contains all her witchy knowledge, which she needs to use in order to keep herself and her sisters alive beyond Halloween night, 1993.

She takes a break to sing at a party (to bewitch all the adults in the town) and it’s awesome because she’s Bette Fucking Midler. No one knows Winnie is really Winnie and not just an enthusiastic cosplayer, and it’s a kind of wonderful bit of dramatic irony.

Other stuff happens. If you’re a Millennial (or even a Gen Xer on the younger side), or a parent of either, you’ve probably seen the movie.

Eventually, when she starts to give up hope (and once our dim protags think the sisters are dead because of puny mortal trickery), Winnie calls to her lost book, and it sends up a beacon for her. For me, this ability would be much handier for lost bookmarks. Of course Winnie finds the book, and what a happy reunion.

All does not end well for Winnie because she’s the Disney villain in this movie, but at least she’s reunited with her companion before she’s turned to stone.

I watched Hocus Pocus for the first time when it came out on VHS in 1993. I was ten. I’ve watched it every year since, on said VHS until I converted to a DVD player, then on ABC Family when my DVD was lost for a few years. But this year, exactly 20 years later, I found my DVD; I was as happy and relieved as Winifred Sanderson to have it back in my clutches.