With that first cool breeze of fall, my mind whisks away to a nostalgic place and a hunger for those dense, literary reads that make it onto teachers’ back-to-school syllabi.

I already created a list of literary back-to-school novels, but graphic novels and comics have a place in ambitious fall reading, too.

As a lover of both, I couldn’t resist creating a list of recommendations for graphic novels, too.

This biographical narrative dives into one of the most contentious points of American history—the Civil Rights Movement—through the eyes of its youngest leader. Now-Congressman John Lewis grew up in Alabama, marched side by side with Martin Luther King, Jr., was arrested over 40 times, and was nearly killed by mobs and state police.

This graphic novel is an important nod to the leaders who took a stand and fought for a better world. 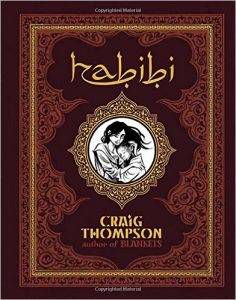 Talk about dense—the hard cover version of this book would make an excellent weapon in a pinch, if you’re strong enough to wield it. But more importantly, this narrative delves into complex issues ranging from faith to gender identity to the environment, with a central core that takes an unflinching look at abuse and the struggle to heal from it. 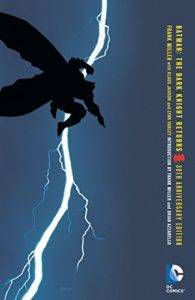 This one I literally read this for a college course, and holy cow, God bless that professor. This Batman saga is riddled with layers on layers of college-friendly symbolism and paranoia toward the role the media and social constructs like patriotism play in shaping our perceptions and attitudes toward our world.

Also features: a truly epic Batman vs. Superman battle and a female Robin.

A not-at-all-subtle critique of gender issues in modern society, through the lens of a science fiction world where non-compliant women are deported to a prison planet. Beyond the knockout premise, it also features an almost completely female cast, rich diversity, and a refreshingly wide range of realistic body types.

This graphic novel was written for a generation disillusioned with the corruption of government and war, and I can’t quite put my finger on why, I really can’t, I have no idea, but this sense of disillusionment feels quite timely again. Set in a world where even the greatest of heroes have ghastly skeletons in their closets, Watchmen is a classic and important example of literary graphic novels at its best.