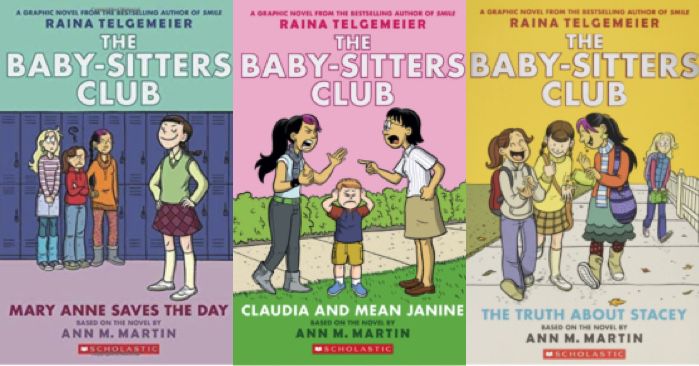 If finding your favourites amidst the 213 BSC books weren’t enough for you to have your fill of the Stoneybrook gang, and the Netflix series has only made you want more, you’re in luck! The Baby-Sitters Club graphic novels are a series of seven fully illustrated stories that bring our favourite baby-sitters to life.

There’s 14 books currently planned for the graphic novel series with a number of each created by a different artist. Raina Telgemeier illustrated books 1–4 in The Baby-Sitters Club graphic novels series. Books 5–7 of the series were illustrated by Gale Galligan. The eighth book, Logan Likes Mary Anne, will also be illustrated by Galligan and is set to be released this September.

While the comics stay true to the original books for the most part, there are some new additions. But don’t worry, all the best parts are there with a whole lot more. For anyone who wants to revisit Stoneybrook and its famous girl gang in a new unique way, here’s your guide to The Baby-Sitters Club Graphic Novel Series.

We can’t imagine fashionista and expert baby-sitter Stacey McGill without her long hair, but Galligan’s version of the character has a much more drastic blonde bob. That’s not all. Artsy Claudia got a hairdo that matches her personality as well, pink bangs and all.

While die-hard fans of the BSC probably know the order of the books by heart, Telgemeier actually chose to illustrate Book #7, Claudia And The Mean Janine, instead of Claudia and the Phantom Phone Caller, which was originally the second book in the series. According to her, the former did a better job at exploring Claudia’s character.

The Baby-Sitters Club graphic novels also help expand the series audience. With colourful illustrations and expressive scenes, they’re much easier and more accessible than plain text. Both artists who have illustrated the current books each have their own unique style. Yet they both manage to capture the characters’ expressions perfectly.

Keeping all this in mind, I wanted to rank the graphic novels in terms of visuals, readability and just how fun I thought the stories were. With that being said, here’s how I think The Baby-Sitters Club Graphic Novels Series stacks up. 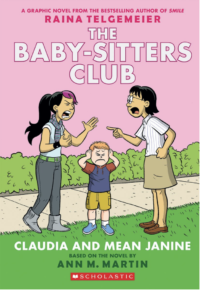 I have a lot of reasons for thinking this book is the best one. Coming from a close knit family with three siblings, and living with my grandparents I’ve always been inclined to family arcs. But I also think this is one of Claudia’s best stories in the series, which is why I’m glad Telgemeier chose to illustrate this one. I love the storyline around Claudia’s art. It has lots of illustrations that focus on depicting Claudia’s personality through her room, jewellery and more. I also thought her perception of Janine through the eyes of a younger sibling translates particularly well into comic form. 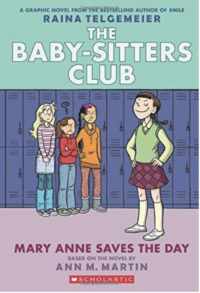 Mary Anne was always my favourite character in the series. Out of all the girls, it was her quiet nature that I found myself relating to most. Even though the entire series is an ode to the girls’ friendship, this was one of the first moments it was tested. What I love most about this is the cover illustration. The expression captured on Mary Anne’s face is so unlike the character, which makes the story more intriguing. It’s the beginning of Mary Anne’s journey into leaving her father’s shadow and finding herself. 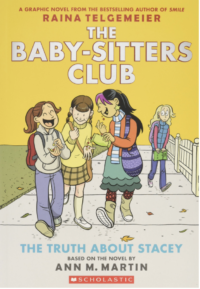 3. The Truth About Stacey (The Baby-Sitters Club Graphix #2

This one makes the top half because I think it manages to talk about an important issue while staying true to the overall light theme of the series. I also think the illustrations in this one are particularly interesting. Stacey was always the cool confident girl on the outside, but the illustrations here show more of how she feels in her own head. There’s also a noticeable change in the way she sees her life in New York City versus how she sees Stoneybrook. Storywise I love this book because of how differently things turn out to be from what Stacey imagines. Just goes to show that not all people are the same. 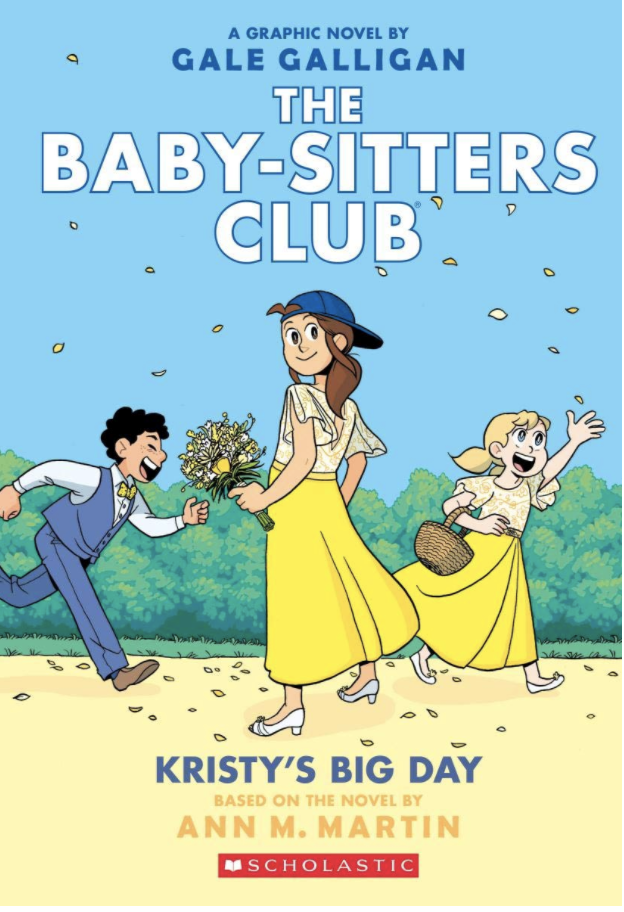 Who doesn’t love a wedding! It was fun to see Kristy deal with all these new things being thrown her way. She has to adapt to this new life that’s all alien to her and for someone that’s always in control its hard. Its one of the few books that show Kristy’s more vulnerable side and it’s great to see. The focus on her mum is also great because after the series I love her character so much more. 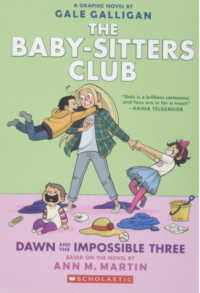 5. Dawn and the Impossible Three (The Baby-Sitters Club Graphix #5)

As Dawn’s first book in the series, I think it provides a good introduction to the character. Its also the first book in The Baby-Sitters Club Graphic Novels series that’s illustrated by Gale Galligan. Personally, I love how Dawn’s famous long blonde hair has been illustrated. The cover of this book makes it seem like it has a life of its own. 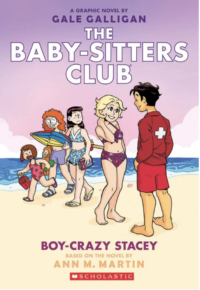 I remember not being too fond of this one when I was younger. Maybe that was because this was one of the storylines I had the hardest time relating to. Revisiting it now, I can definitely see some of the greater things about this book. There’s a lot to be said about Stacey’s lovestruck experience and the idea of friends being important even in the face of romance. While each of Stacey’s books start with a short introduction to her diabetes, Galligan’s illustrations put a whole new spin on it. The colours, style and even a diagram of the digestive system make what would be a hard topic for children much easier to follow. 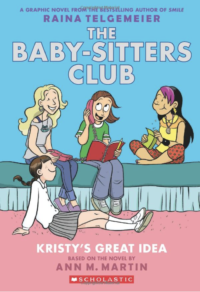 As the first book in the series, there’s no doubt that this one is special. But whether its because I love the original one or that the other stories go more in depth into specific storylines, this one didn’t really stand out here. That being said, it definitely has its charm. It is after all the start of a series that pretty much changed my life. Why else would I be writing about it more than ten years after I first read the books.

So there you have it. My ranking of The Baby-Sitters Club Graphic Novels series based on illustrations, storylines and a lot of nostalgia. If that’s not enough BSC for you check out a ranking of the top 21 books in the series, the BSC’s most ridiculous moments , and why we still love the series so much