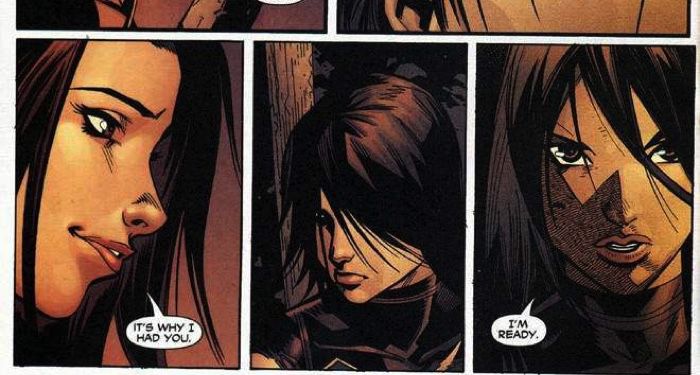 It’s been a minute since we went took a look at a hero from the Big Two, but DC graced us with the trailer for a new Batman animated feature film last week. The ’70s-set, uber-groovy Batman: Soul of the Dragon is set for streaming release January 12, 2020 and DVD release on January 26. Directed by Sam Liu, the newest Elseworlds story finds Bruce Wayne training in martial arts under a world renown master with DCU brawlers Ben Turner/Bronze Tiger (Michael Jai White), Shiva (Kelly Hu), and Richard Dragon (Mark Dasascos).

Last time we met Richard Dragon, DC’s answer to Danny Rand who has, at least, gotten an update for this foray into the animated universe. While we’re here, let’s meet his teammates.

Sandra Wu-San (Sandra Woosan in older books) has been both a hero and a villain since first appearing in Richard Dragon, Kung-Fu Fighter #5 in 1976. In either role, she is considered the DCU’s most accomplished martial artist. As with many long-lived DC characters, she has a couple different origin stories depending on where in the timeline one enters the universe:

Sandra’s sister was traveling with Richard Dragon and his training partner Ben Turner. The women’s uncle was murdered by a spy who then kidnapped Carolyn. Carolyn died when Dragon attempted to recover her and he and the spy fought. Sandra decided to become a martial artist with the intention of avenging her sister, even though it wasn’t really Dragon who was responsible.

Whatever is a girl to do?

Shiva took a position at G.O.O.D. (Global Organization of Organized Defense) to get close to Dragon, who was tracking Carolyn’s actual killer. Big fight, killer unmasked, asses kicked, and Shiva ended up realizing she was an adrenaline junkie and decided to follow Richard and Ben around because they seemed to be really good a finding trouble and making it a thousand times worse.

Eventually, Richard decided to go live out his colonist fantasies as a hermit in the mountains and Turner was brainwashed to the dark side. Shiva, already one of the deadliest women on the planet, decided she was going to become deadlier still and continued her training, financing her ventures by becoming a mercenary. As you might imagine, her services were much sought after.

In DC’s Post-Crisis universe, instead of growing up in *hand wave* Asia (not a thing), Sandra and Carolyn grew up in Detroit, training in martial arts together, both so talented people would travel from all over the world to watch them fight. During one such exhibition, assassin David Cain recognized Sandra holding back in order to avoid injuring Carolyn, decided “Well. She’s never going to reach her full potential while her sister’s around,” and murdered said sister. Sandra went after Cain but the League of Assassins intervened and Sandra forgave her sister’s murderer because she “recognized he had set her free” (listen my sisters and I don’t always get along but…the actual…?). Cain then said he would let Sandra live if…wait for it…she had his baby.

Are you kidding me with this garbage?

DC being DC in the mid to late ’80s, Shiva took that deal, gave birth to Cassandra Cain, and gave her up to her raging asshole of a sperm donor. She is not, however, Jason Todd’s mother and thinks any suggestion that she might be is hilarious. She trained Tim Drake in bo staff, though she chided him for picking a non-lethal weapon when he could have had her train him in anything; he has defeated her once—with the staff.

It was in this same timeline Sandra was hired to kill Vic Sage (AKA The Question), defeated him in hand to hand combat, shot him in the head, threw him in a river, and then decided maybe he had some potential, fished him out, and hauled him to Richard Dragon’s Mountain Retreat for Wayward Murderers. Their reunions usually involve blood, though she now considers Sage a worthy opponent. Other heroes…depends on the day.

Shiva also retrained the Batgirl of this timeline in exchange for the promise of a duel to the death. Both fighters have allowed the other to render them clinically dead at one point or another. It’s probably a good thing Cassandra didn’t know at the time that Shiva was her mother. Shiva probably wouldn’t have cared that Cassandra was her daughter.

And there you have it, friends. Next up, the last member of our trio: Ben Turner.