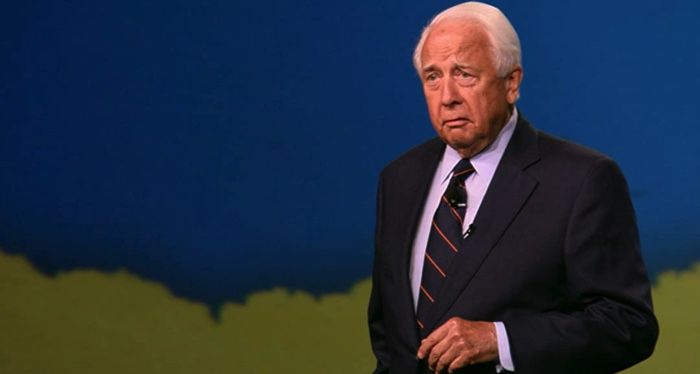 Narrator, author, and popular historian David McCullough died this past Sunday at his home in Hingham, Massachusetts. Before passing away at 89, millions knew McCullough as an award-winning author and TV host.

McCullough’s writings were greatly celebrated, winning him Pulitzer Prizes for his biographies of two U.S. presidents— for Truman in 1992 and for John Adams in 2001— as well as National Book Awards for The Path Between the Seas: The Creation of the Panama Canal in 1977 and Mornings on Horseback in 1981.

The time and care McCullough put into his works, some taking 10 years to complete, shone through to readers, who kept some of his books on best-selling lists for months. Their immense popularity even saw to it that some of them be adapted into HBO films, like Truman, starring Gary Sinise, and John Adams starring Paul Giamatti.

The written word wasn’t the only thing David McCullough had a talent for, though. His work as a narrator, with his steady, calming voice led many eager viewers through documentaries on some of America’s greatest historical moments, like the award-winning ’90s Ken Burns’ series, The Civil War, The American Experience, and Smithsonian World. And, in 2006, he was granted the Presidential Medal of Freedom.