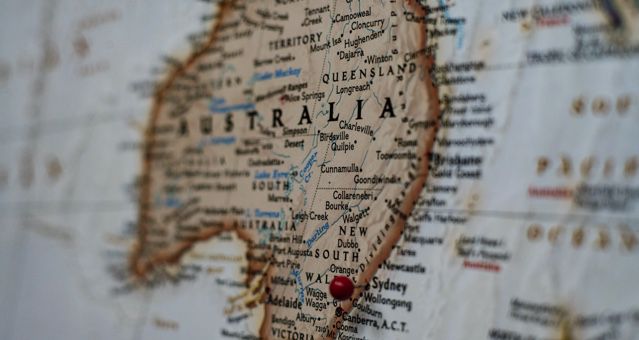 This is the worst bushfire season Australia has ever seen, and it’s not finished yet. Officially, we haven’t even reached peak summer temperatures. But we’ve been burning since August 2019–that was winter in Australia.

The force of these bushfires has been terrifying. I have seen bushfires before. This is something else. As we watch every state and territory burn, thousands of volunteer fire-fighters are putting their lives on the line to contain these elemental monsters. And I call them monsters after seeing footage of one fire climb 200-metres up a mountainside.

Thank all the literary gods for The Fireys. The term “Fireys” (also seen as “Firies”) is our term of endearment for firefighters. A large contingent of those fighting the bushfires is made up of local volunteers who are trained and familiar with the area they are working in. It also means they are connected with the areas they are defending. And that’s hard.

Lives have been lost, injuries sustained, and still they keep fighting these bushfires. Over 12 million acres of Australia has burned and continues to burn. It’s more than the California 2018 and Amazon 2019 fires combined. Over 500 million native animals have died; however, this is estimated because it is nigh impossible to know the extent of wildlife so essential to our unique ecosystems. People are being evacuated by the Navy and Army from beaches to escape the bushfires while their towns are cut-off from every road. Currently, 23 people have died in these fires across Australia. For those of us unable to assist, the feeling of helplessness can be overwhelming.

Fortunately for Australia, we have seen a flood of support come in–including a group of authors who are fundraising for the Fire Services in Victoria.

Over on Twitter, authors are banding together under the hashtag #AuthorsForFireys – YA writers Emily Gale and Nova Weetman have launched an auction for writers to offer their own prizes to people who pledge donations to Victoria’s Country Fire Authority. So far, the offerings include rare copies of books, sneak-peaks at WIP, live-readings of their best-sellers, and your name appearing as a character in upcoming novels.

Many authors are offering multiple prizes. Benjamin Law/@mrbemjaminlaw and Professor Anita Heiss/@AnitaHeiss are offering a double-date with them in either Sydney or Brisbane (travel expenses not included).

As part of #AuthorsForFireys and to raise cash for the Victorian CFA please join @mrbenjaminlaw and me for breakfast in Sydney. We can call it a double-date even 🙂

The highest bidder (+1) by January 11 will get to start one day in 2020 with the two crazies pictured below. pic.twitter.com/WDFOIKQ5fx

And they are sharing the support of others:

Gail Simone/@GailSimone is also planning to join in.

I want to do something cool and meaningful for #authorsforfiries #AuthorsForFireys but I don't have an idea yet. Suggestions very much welcome.

It is absolutely inspiring to watch a group of authors/artists/creators come together and use their strengths to help the Fireys. As a bystander, it IS terrifying. It IS overwhelming. It IS impacting people, both near and beyond the fires themselves. If you are able and willing to help, consider #AuthorsForFireys and pledge your donation to the Fireys who are doing a large chunk of the work.

The auctions are all active now until 11pm on Saturday, January 11, 2020 (Australia Daylight Savings Time). For more information, also check out the #AuthorsForFireys website.

Also, check for #AuthorsForFiries, because this is organized by writers, not editors!