Sponsored by Finding Grace, the chilling new drama from Warren Adler that gets to the heart of brainwashing and its power to corrupt and control. 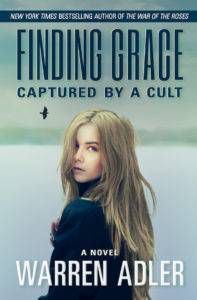 When their twenty-three-year-old daughter Grace goes missing, divorcees Harry and Paulie are forced to leave behind their newly constructed lives to track her down on a sunny farm in California. Seemingly unharmed, the two soon learn that she is actually in the clutches of a notorious cult. Under the spell of mind control, she denies Harry and Paulie as her family, leaving them to search for answers in the most desperate of places. Harry and Paulie race to bring Grace back home—but will she ever be able to return? How do you help someone who doesn’t know they’re lost?

I think it is a fair assumption to say that millions of people are familiar with the movie Jaws, but few people know it is a book, and even fewer can name its author. Especially younger generations. (If you said, “Peter Benchley!” give yourself a prize.)

And you can probably recite all the lines in The Princess Bride, but do you know who wrote it? (Spoiler: It was William Goldman. And he’s 86 now!)

The point I’m trying to make is that there are a lot of very famous cultural creations well-known throughout generations, like Jaws, where not many people are able to name the creators.

Why do some names stick when others don’t? Who knows? In the age of the internet, I wonder if this will ever occur again. But for now, here are five examples of authors whose work you know, but names you (probably) don’t. 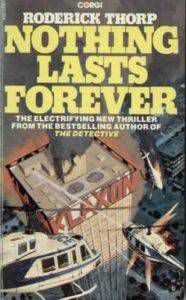 I love mentioning the fact that Die Hard was a book first, because every time there’s always one or two people who go “REALLY??!” Yes, really. The book is actually called Nothing Lasts Forever. It came out in 1979, and was a sequel to Thorp’s book, The Detective (which was made into a film in 1968 staring Frank Sinatra). John McClane was originally named Joe Leland, and the plot was based on a dream Thorp had after seeing The Towering Inferno. In the book, McClane was a retired police detective, because Thorp had written the part with Sinatra in mind again for the film, but he passed on the role. So did Arnold Schwarzenegger, Sylvester Stallone, and several others. (Thank goodness.) Thorp died in 1999. 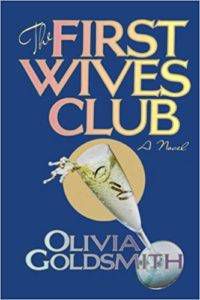 The First Wives film with the powerhouse starring cast of Diane Keaton, Goldie Hawn, and Bette Midler, is a lasting classic, but did you know the film was based on a debut novel? Goldsmith’s first book was a runaway success when it was published in 1992, with the film rights having already been sold to Sherry Lansing. Goldsmith went on to write several more books and become fabulously wealthy. Again. (She reportedly started writing the book after her husband got everything in their divorce, including the Jaguar and their country house.) Goldsmith died in 2004. 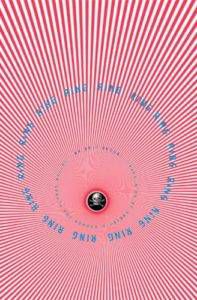 Everyone was afraid of that creepy little girl who climbed out of the television screen, but did you know she started out in a book? The Ring was a 2002 American horror film, but it was first a Japanese novel published in 1991, and later two films and a television series in Japan, before its American and South Korean remakes. Suzuki continues to write novels and stories, and has had eighteen adaptations of his work made into films to date. (Fun fact: The American cover for the book, seen here, was designed by Chip Kidd.) 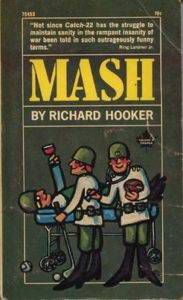 If you don’t know the name of the man who wrote MASH, the dramedy about the Korean War, then it’s probably even more unlikely that you know Richard Hooker is a pen name for two men: former military surgeon Dr. H. Richard Hornberger and writer W. C. Heinz. It was turned into an Academy Award-winning film by Robert Altman, and later M*A*S*H, a record-setting television series. “Hooker” went on to publish two more sequels. Hornberger died in 1997, Heinz in 2008. 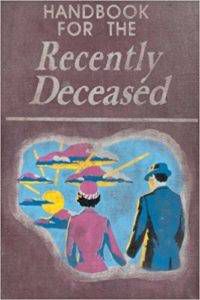 You will probably be just as surprised as I was to learn that Tim Burton didn’t create Beetlejuice. (Seriously, I thought Burton was responsible for it!) The credit goes to McDowell, who at the time was already a well-established horror writer (The Elementals, The Amulet). Stephen King called McDowell “the finest writer of paperback originals in America today,” and Peter Straub called him “[O]ne of the best writers of horror in this or any other country.” McDowell went on to accumulate several more screenwriting credits, including The Nightmare Before Christmas and eleven Tales from the Darkside episodes. He died in 1999.