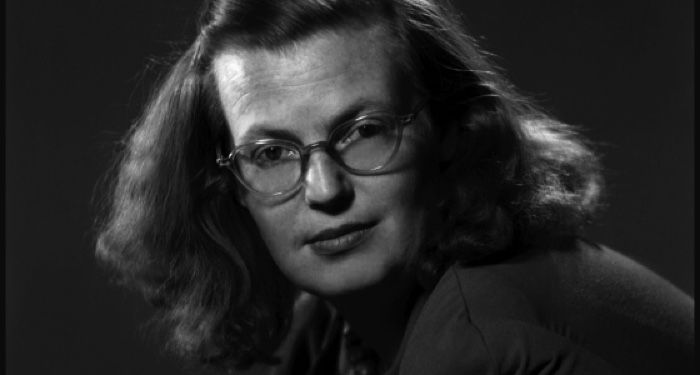 Shirley Jackson is having a moment. Between the 2015 release of Let Me Tell You, which consists of many never-before-published stories and essays compiled and edited by two of her children, Laurence Jackson Hyman and Sarah Hyman DeWitt; the 2016 release of Ruth Franklin’s incomparable biography, Shirley Jackson: A Rather Haunted Life; and last month’s release of The Letters of Shirley Jackson, edited by Laurence Jackson Hyman with gothic literature expert Dr. Bernice Murphy — not to mention the 2018 Stacie Passon film We Have Always Lived in the Castle, which Hyman produced; the 2020 Josephine Decker movie Shirley, based on the 2014 Susan Scarf Merrell novel; and the 2018 Netflix series The Haunting of Hill House — she’s back in our collective conscience. And that means many people are also looking for other authors like Shirley Jackson.

The fact is, no matter how you discovered her work, there is a finite amount and eventually you will run out and want something that reminds you of her. For this list I have chosen authors whose work is similar to Jackson’s in scope, though of course I have by necessity left out several wonderful authors whose work reminds me of hers in other ways (such as Alix E. Harrow, whose debut The Ten Thousand Doors of January made me feel like I’d just read a previously undiscovered Shirley Jackson novel, even though they do not have much in common, or Natsuko Imamura, whose first novel in English translation, The Woman in the Purple Skirt, I am currently devouring and getting a real Come Along With Me vibe from).

I hope these ten authors like Shirley Jackson will satisfy your need for more Jacksonesque stories!

Best known for her short stories and two of her seven novels, Shirley Jackson was a prolific writer with a particular voice. She used language precisely and understood people to a terrifying degree, often using the way we communicate — or fail to do so — as a way to invoke horror. She could build atmosphere like no one else, and was, quite simply, a master. Here are several writers who capture some of that Shirley Jackson magic. In The Hazel Wood and The Night Country, main character Alice has a noir-ish quality to her narration, an almost detached but nevertheless dreamy quality that reminds me so much of Merricat from We Have Always Lived in the Castle. Albert only has one other book out so far, Tales From the Hinterland, a collection of fairytales that is the focus of her first two novels. It is written with an expert understanding of fairytales, something Jackson would surely have appreciated. Albert’s next novel is Our Crooked Hearts, a witchy standalone out June 2022.

Engstrom’s short story collection Nightmare Flower won the Bram Stoker Award in 1992. It has recently been reissued in the Monster She Wrote series from Valancourt Books. Although it would have been extremely my jam when it was first published, I have only just recently found it. The very first story, “The Old Woman Upstairs,” is so Jacksonesque that I double-checked to make sure I was not reading a previously undiscovered Jackson collection. Engstrom’s novels include Lizzie Borden, Black Ambrosia, and Candyland, and you’d best believe they’re all on my library holds list. Jackson’s novels and stories all have a distinctly Shirley Jackson feel to them, but she played with genre, writing gothic, haunted house, psychological, and other genres of horror, as well as social commentary, fictionalized memoir, and even children’s stories. Moreno-Garcia is even more free with genre. Her last four novels include a gothic horror (Mexican Gothic), a mythology-based adventure (Gods of Jade and Shadow), classic noir (Velvet Was the Night) and a vampire dark fantasy (Certain Dark Things, which is a rerelease). Like Jackson, she uses language precisely and imbues her work with layers of meaning.

The first Karen Russell story I ever read was “The Prospectors,” about two girls who go to a remote party and begin to suspect that something is very wrong. I was absolutely mesmerized for every word of it. It is extremely Jacksonesque in its mounting dread and precise language; the characters feel like girls in a Shirley Jackson story. Primarily a short story writer, Russell’s collections include St. Lucy’s Home for Girls Raised by Wolves, Vampires in the Lemon Grove, and Orange World. She also has a novel, Swamplandia. Although she has an extensive bibliography of sharp, biting horror stories, Sharma’s only published volume of work so far is All The Fabulous Beasts. You. can read the title story at Tor.com, and the first of her stories that caught my attention, “The Crow Palace,” at The Dark. Eerie and gothic and full of questionably reliable narrators, Sharma has a small but Jacksonesque body of work.

I will forever think of Sparks’s collection And I Do Not Forgive You as the book I read on the last airplane I rode on in the before times, which is a deeply unfair first thought to have about such a brilliant collection of stories. The focus is on revenge, particularly the desire for revenge felt by women and girls who have been unfairly treated. I’m just saying, Merricat would approve. Her other collections are The Unfinished World and May We Shed These Human Bodies. She cowrote The Desert Places with Robert Kloss. (Full disclosure: Nova is a friend of mine.)

Suma’s dreamlike, eerie prose would be enough to make her a Shirley Jackson read-alike, but then there’s her subject matter. Sisters doing the unthinkable to protect each other (Imaginary Girls); haunted houses (The Walls Around Us and A Room Away From the Wolves); and a breathtaking examination of mental illness (17 & Gone).

Although they are less well-known now, Shirley Jackson made a great deal of her career writing sweet, funny family stories for magazines such as Harper’s and Good Housekeeping. The most famous of these stories is probably “Charles,” originally published in Mademoiselle, in which her oldest son Laurie goes off to Kindergarten and returns with tales of the class bad boy, Charles, and his antics. The stories build to a fever pitch and the parents are very anxious to hear from the teacher on parent-teacher night, only to be told there is no Charles in the class. Jackson’s family stories are collected in Life Among the Savages and Raising Demons.

On the surface, Birbiglia’s parenting stories may not look a great deal like Jackson’s. On reflection, though, I think they are a wonderful comp. Jackson’s stories describe a certain type of 1940s parenting, a family life that was tied into academia (her husband was a professor of literature at Bennington College) and expectations of motherhood that she leaned into while soundly denouncing the parts of them that didn’t suit. Birbiglia’s The New One and Sleepwalk With Me look at parenting from the modern perspective of a stand-up comic who didn’t plan to be a dad and how he fits parenting into his life. Durrell’s Corfu Trilogy, which begins with My Family and Other Animals and is the basis for the series The Durrells in Corfu, is a (slightly?) fictionalized memoir that reads rather like Raising Demons as told from Barry’s point of view. The stories are every bit as warm, as funny, and as ridiculous as Jackson’s family stories. Durrell’s older brother Lawrence is the better-known writer, as Gerald went on to be primarily known as a naturalist and zookeeper, but these books are among the finest and funniest I’ve ever read.

Another modern update, Irby’s essays in Wow, No Thank You (and the earlier We Are Never Meeting in Real Life and Meaty) cover all sorts of topics, including marriage and stepmotherhood. She is riotously funny and devastatingly real. You can get a taste for her writing at her no-longer updated blog, bitches gotta eat.

Looking for more Shirley Jackson read-alikes? Perhaps you want a haunted house book as chilling as The Haunting of Hill House, to discover the best horror authors, or to find another short story author whose catalog you can devour. Try Tailored Book Recommendations for personal book recommendations.