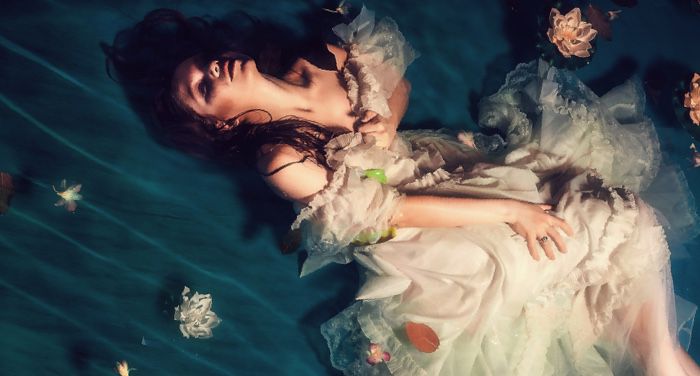 Not long ago, I wrote an article for fans of A Court of Thorns and Roses looking for similar books. However, Sarah J. Maas has published over a dozen books since 2012, meaning there’s much more to talk about than just one series. As such, I’ve put together a list of authors like Sarah J. Maas.

However, I would first like to address the title of this article. To be clear: each author is unique, and their books stand on their own. However, there are plenty of elements that Maas’s fans have come to love that these authors also employ expertly. These elements include strong females leads, some romance (with the occasional spice), creative fantasy worlds, and engaging plots that keep you turning the pages. While the authors on this list might not hit every note, they will hopefully be welcome by fans of Maas’s writing.

Because Maas has a solid backlist, I made sure that all authors on this list had one as well (you know, for bookish marathoning purposes).

Armentrout has been consistently publishing bestselling novels since 2011 and has a backlist of over 50 novels. Her work consists mainly of young adult romance, fantasy, and paranormal novels. She also publishes suspenseful romance novels for adults under the pseudonym J. Lynn. Her latest series, Blood and Ash, gained some notoriety on TikTok last year and is certainly worth a read for fans of A Court of Thorns and Roses.

It makes sense to include Singh on this list because Maas has mentioned loving her work. Singh’s work is mainly paranormal romance, and she’s been publishing since the early 2000s. Maas has specifically mentioned enjoying Singh’s Guild Hunter series, which features angels, humans, and vampires fighting for power (and love). Because of the several races involved in a more urban setting, I found the Guild Hunter series to be great for fans of Maas’s House of Earth and Blood.

As with Singh, Maas is also a huge fan of Ward’s work, hence her inclusion on this list. Ward is famous for her Black Dagger Brotherhood series, which is paranormal romance featuring (you guessed it) hot vampire warriors. Ward has been publishing since the 2000s and has over 30 novels to her name. Maas’s latest novel, A Court of Silver Flames, is by her own admission her most sexy novel yet. I think it’s safe to say that Maas got some inspiration from Ward’s propensity for romance.

I’ve always been impressed by White’s backlist of creative titles that feature complex female leads. White has been publishing since 2010 and does everything from historical fiction to fantasy incredibly well. I specifically loved The Conqueror’s Saga, which is a retelling of the Dracula myth with a fearsome female lead. The aspects of war and some of the courtly politics reminded me of Maas’s Throne of Glass series. If you like Maas’s Catwoman, then I would recommend White’s Slayer, which is based on Buffy the Vampire Slayer.

I included Kagawa in my previous list because she’s written an entire series about faeries (The Iron Fey), which is perfect for fans of A Court of Thorns and Roses. However, Kagawa also has a great backlist that includes young adult novels about dragons (The Talon Saga) and novels based on Japanese mythology (Shadow of the Fox trilogy). She’s been publishing since around 2010, and I’ve always been impressed by her strong, dynamic female characters navigating new worlds.

Ee’s writing is excellent, and I wanted to include her here because she has some darker tales that range from dystopias to retellings. The series that got her on my radar was Penryn & the End of Days, which was published in 2011 and features a brave heroin that reminds me of Maas’s heroines. The writing does get dark; however, Maas has never shied away from writing about war and trauma, so I think Ee’s writing will be a great fit for Maas fans.

Tahir’s backlist isn’t as substantial as the other authors on this list, but she’s getting there and what she does have to offer is excellent. Her books have everything a fan of Maas could want: badass heroines, excellent world building, and romance. Even if you aren’t a fan of Maas, I would still recommend Tahir’s An Ember in the Ashes series, which is about war, rebellion, and freedom, and is perfect for all fantasy readers.

I sincerely doubt Kenyon needs an introduction, considering that she’s sold over 70 million print books in over 100 countries. I’ve included her here though because she not only has an impressive backlist with offerings for fans of young adult, new adult, and adult paranormal romance, but also because her books have the same addicting quality as Maas’s. Try the Dark-Hunters series to start.