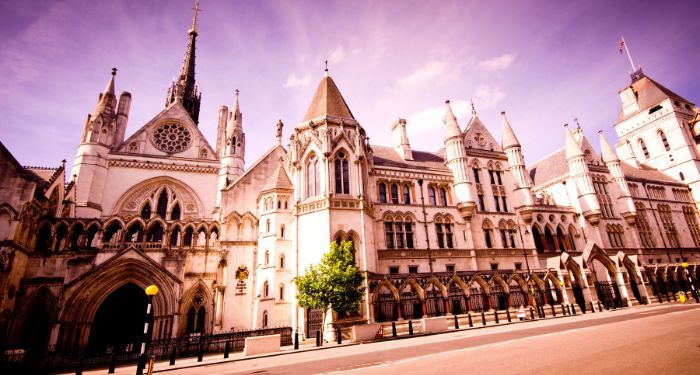 Renowned writer Hilary Mantel, who passed away in September at the age of 70, was widely known and respected for her Wolf Hall trilogy, as well as the scores of other books and essays that she wrote during her career. Her treatment of the political machinations of Thomas Cromwell in the court of Henry VIII inspired legions of readers to pick up the trilogy, which was completed in 2020 with The Mirror and the Light. Mantel’s gift was not just in accurately describing the historic events of the royal court, but also in highlighting the human relationships and conflicts that drove palace intrigue. By combining an immersive style of writing with painstaking attention to detail, Mantel received mountains of praise for the Wolf Hall books, including multiple Booker Prize recognitions. It’s led readers to look for even more authors like Hilary Mantel.

Many fans of Mantel’s work enjoy being brought into the world of court politics and scheming as well as exploring her novels, articles, and essays that explore more contemporary themes. Mantel had a gift for getting to the human emotions, and foibles, at the heart of a story, and this allowed readers to connect with her work whether she was tracing the wives of Henry VIII or writing about contemporary England, such as in her short story collection The Assassination of Margaret Thatcher. Readers looking for similarly propulsive prose and insightful writing will want to check out the authors like Hilary Mantel below for more Mantel-like writing.

Fans of Mantel’s insights into Henry VIII and those that surrounded him will want to pick up the works of Gregory, best known for her novel The Other Boleyn Girl. Like Mantel, Gregory writes mainly England-based historical fiction that goes beyond the bullet points of textbooks to explore the relationships between members of royal circles. Gregory has also written about England’s Civil War (in her Tidelands novels) and offers readers looking to dive into historical fiction the opportunity to hear from a writer called “one of the great storytellers of our time” by reviewers.

Weir is a UK-based writer and historian who is the leading female historian in terms of book sales in her country. Readers of Mantel’s work who wish to dive further into the women involved with Henry VIII will particularly appreciate her focus on the history of women and families in British history and may especially enjoy her books that portray each of the king’s wives. Weir also writes nonfiction that combines her gifts for writing and research into volumes that trace the lineage of England’s royal families.

Like Mantel, Maggie O’Farrell has won numerous awards for her fiction, including the Women’s Prize for Fiction for her novel Hamnet. While, unlike Mantel, she tends to be known more for a mix of contemporary and historic fiction, Mantel fans will find plenty of similarities between the styles of these two writers. O’Farrell has a gift for capturing human relationships, and those looking for tales of murder and betrayal among the elites will want to buy her most recent novel, The Marriage Portrait.

Mantel fans often point to her ability to illuminate the scheming of members of the royal household, a talent shared by the author Shan Sa. In particular, Sa’s 2009 novel Empress, which traces the life of Empress Wu and the rise of China’s Tang Dynasty takes the reader inside a world of power-hungry courtiers and psychological warfare. Sa crafts a brilliant portrait of an Empress trying to balance modernity and tradition in a cutthroat, royal world.

For those who like crime, murder, and mystery along with their historical fiction, C.J. Sansom is a strong fit. Sansom is best known for his Matthew Shardlake series, which is a mystery series set during the time of Henry VIII. Mantel readers will enjoy the connections between her books and Sansom’s, as Shardlake is employed by familiar figures such as Thomas Cromwell and Catherine Parr.

Just as Mantel found the surroundings of Henry VIII to be a font of inspiration, Renault defined her writing career by looking at ancient Greece. Her novels explored the intrigue that surrounded figures such as Alexander the Great and events like the Peloponnesian Wars. Readers who enjoyed Mantel’s epic study of Cromwell might want to start with Renault’s 1969 novel Fire from Heaven, which begins when Alexander the Great is 4 years old and continues through his young adulthood.

Samantha Harvey’s 2019 book The Western Wind was described by the Financial Times as “something I’ve only previously encountered in the work of Hilary Mantel.” for its ability to bring readers back in time, in this case to the Somerset village of Oakham in the 15th century. Like Mantel, Harvey is a stalwart of literary fiction who has been nominated for a Booker Prize and who writes both detailed historical fiction as well as contemporary literature.

Readers who want to explore historical intrigue in courts beyond England will enjoy Mosse’s The Burning Chambers series. a sweeping epic that takes place over three centuries, the trilogy begins during the war between the Catholics and Huguenots in 16th century France. The series, which will be completed with the publication of the third book in 2023, then traces the main characters and their descendants across the globe and into the 19th century.

Readers who enjoy both Mantel’s historical and contemporary fiction will like the works of Shafak, whose newest release is The Island of Missing Trees. Like Mantel, Shafak writes in a rich and lyrical style that focuses on relationships. Also like Mantel, her work has attracted the attention of the Booker committee, which shortlisted her book 10 Minutes 38 Seconds in This Strange World in 2019.

Fans of palace intrigue will enjoy Dai Randel’s Empress of Bright Moon series, which chronicles the quest for power by a concubine in the Chinese imperial court. Readers should then check out her excellent backlist of historical fiction, which spans from the Middle Ages to the 20th century.

In addition to the authors like Hilary Mantel above, Mantel fans can and should look into BookRiot’s Tailored Book Recommendations service! Our TBR bibliologists will help you find books and authors like you’re existing favorites and serve up excellent personal recommendations!

And, if you’re looking for more Hilary Mantel content, be sure to check out our archives on her work!