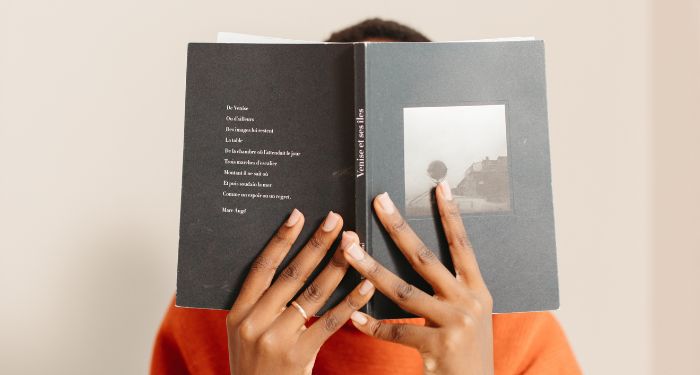 In retrospect, I think I’ve learned the most from the books I wasn’t immediately drawn to. In my reading life, I have discovered that there are just some authors I’ll go with anywhere they want to take me. Historical fantasy to real-life mystery to the moon? Just say the word and I’m there, though perhaps not with some trepidation. I always find myself wondering if I want to spend my limited reading time on something I’m not totally sure of?

Names that often come up when this sort of thing is discussed are Colson Whitehead, Silvia Moreno Garcia, and Lauren Groff. All of these people write work that is difficult to categorize, where one book is different from the next from the next. All of them seem capable of doing anything and doing it well.

There are times when your favorite author has written a book but the summary doesn’t grab you. Sometimes I am uncertain because I’m not immediately into where the destination — I was looking for a beach vacation and we’re going to the mountains, for example. Sometimes it’s happened to me multiple times with the same author, and you’d really think I’d know better?

Jo Walton is an author I like a lot. She wrote My Real Children, which broke my brain in all of the best ways and had me thinking about what it was to live a meaningful life for weeks. I was skeptical of her next standalone book, Lent, which stars Girolamo Savonarola who lived during the Renaissance and is best known for the bonfire of the vanities and for being burned at the stake. I kind of burned out on Renaissance-era literature in middle school and have almost zero interest in monks. I saw it at the library and, remembering how important My Real Children had been for me, decided to give it a try. Not to give anything away, but there’s a twist in the story that gives the title a double meaning and it is absolutely genius. All of a sudden I cared a lot about monks.

A few years later, I came across Walton’s trilogy, Thessaly, and while I would have told you that I had no real interest in Greek philosophy (and had also burned out on mythology in middle school), there was no better way to learn about Plato and Socrates and the idea of pursing excellence. My skepticism melted away as I got to know the people who had prayed to Athene to create Plato’s Just City and the problems that arose when the things they believed were called into question. In coming to care about these people, I began to care about their most foundational beliefs and while I’m not exactly running out to read The Republic, I do wish I’d spent more time on this material when I was in school. What would it mean for me, living in this world and not in the Just City, to pursue excellence?

As someone who feels like she’s been revising the same story since Buffy the Vampire Slayer ended, I am constantly impressed by the range displayed by authors who can do something completely different every time. I don’t want to read the same book over and over again forever (except for when I do, and I still love you unnamed supernatural mysteries). The moment when I realize that I am into this journey, that I didn’t think that I would want to be on initially, makes it even sweeter. How could I ever have doubted my favorite authors?

In a time when it feels like so much of my reading is chosen for me by various marketers and algorithms, it’s a nice way to reach back to the way I found books in my teens: discovery. I don’t just pick up anything that looks interesting in a bookstore anymore — I don’t always have time to browse the shelves instead of just the display tables — but a familiar name can lead me to all kinds of places I didn’t expect to go.

To these authors, thank you for bringing me halfway against my will into adventures that have made me better — in some cases, have made me excellent. (Seriously, go read Thessaly.)