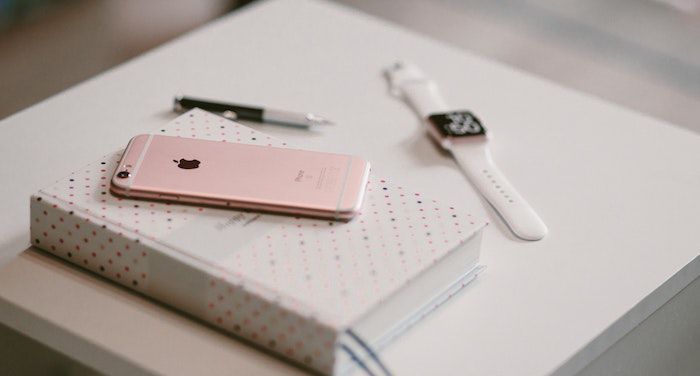 These things (and so much more) are said to authors starting the moment they sign their book contract, and it can quickly become overwhelming. Many of us understand that in order to reach readers and sell books, being on social media is a part of the deal. Publishers may market your book, but nothing is guaranteed and the unspoken expectation is that you will be sharing in that burden. So, authors turn to social media and do their best to cultivate a presence online in order to help promote their books. It is an imperfect science, and it works better for some than others. Some authors hate it, some authors enjoy it, a lot of authors fall somewhere solidly in the middle of that spectrum. But online, boundaries can be murky and lines can be crossed. We’ve seen horror stories of authors crossing boundaries, but something that is spoken about much less often is how parasocial interactions can affect authors.

What is Parasocial Interaction?

Parasocial interaction (PSI) was defined in 1956 as “a kind of psychological relationship experienced by members of an audience in their mediated encounters with certain performers in the mass media, particularly on television.” These days, I’d argue that social media has taken PSI one step further and many authors with public-facing social media presences can also find themselves in the role of those performers or recognizable public figures as defined by Horton and Wohl in 1956. Most people may not see anything wrong with a little bit of minor fame, but issues arrive when readers and audiences begin to see public figures as real people they know personally. How we treat strangers differs from how we treat people we perceive as friends, and this is where boundary crossing can arise.

What does that look like? It can start off rather innocently, but has the potential to escalate. In my own experience as a debut author, I saw my modest follower counts double in the month of my book release. With that came increased interaction on my social media platforms, especially in my Instagram DMs. While most of that interaction was polite reactions to Instagram stories, and I engaged with a fair number of readers, there were some messages that made me pause. I shared a picture of a lake, and a stranger DMed to ask where I was. They guessed a location very close to me. Another stranger wrote me a passive aggressive email about a typo they’d found in my book, and offered unsolicited advice. Yet another stranger asked to meet me at a bookstore I had just left, after I posted photos of signed copies of my books there.

These interactions made me rethink how I share things online, for both peace of mind and the safety of myself and my family. Add these on top of the (many, many) requests I get weekly to share how I got published, to read unsolicited manuscripts, and meet with strangers to tell them how to get published, and it began to feel like a lot. The polite midwesterner in me had a hard time ignoring messages, until I stopped and considered that nowhere in the social contract (or the social media terms of service!) was it written that I had to reply to every single one. Still, it was difficult to let go. At my core is the desire to be a polite, happy, helpful, accessible person, but the reality is that I’m a busy human with lots on my plate, and I don’t owe strangers my time or efforts.

These instances are relatively minor, however, compared to what others experience. I spoke with a large number of authors who shared what parasocial interactions looked like for them, and they range from well-intentioned but inappropriate to downright scary. Authors of heavy emotional stories tend to attract messages from readers who identify with their work, and want to reach out to the author to tell their own stories, often traumatic and always unsolicited. Authors who have shared pieces of themselves in their work, particularly personal traumas, have received prodding questions about their personal lives not addressed in their work that range from insensitive to cruel. LGBTQIA+ authors in particular receive an overwhelming number of messages from readers looking for affirmation, advice, and hope, and readers who share their own stories of discrimination and homophobia.

There is an unspoken expectation authors ought to be receptacles to it all, and that is the price of being on the internet — or even the price of publishing a book. And while I do think that most of us expect that being minor public figures will result in some awkward social interaction, how did this idea of being constantly accessible become so pervasive? Many authors point to John and Hank Green, the authors and YouTubers who rose to fame in 2007 when they launched Brotherhood 2.0, a challenge in which they’d not communicate via text for a whole year, instead posting YouTube videos to each other daily. Their videos from that time period feel intimate and personal, and they invite viewers into their (very likely curated) lives, lacking any entreaties to like, share or subscribe. These videos made viewers feel like the Green brothers were their friends, and that they were approachable in real life, and their meteoric success pressed authors to be similarly open and genuine on the internet. In a 2017 New York Times profile, John Green opened up about his struggles with mental health, and how sudden fame left him feeling anxious, especially when readers wanted photos or hugs, when to Green they were strangers.

The Consequences of Being Accessible

Although the New York Times article doesn’t go into detail about what Green does to maintain healthy boundaries between his personal life and his public persona, many authors are figuring out their own boundaries, and oftentimes that means disabling the line of communication. Authors I spoke to have removed contact forms from their websites, directing that all inquiries be made through their agent or publisher, and they are making blanket policies of not responding to social media messages or DMs. Many leave social media altogether, although some are reluctant to take it that far because it is one useful way of sharing news and information — not to mention that not-so-subtle pressure to be online in order to sell books.

Some authors are also upfront about their boundaries, even if it might cost them follows or sales. Sci-fi author John Scalzi has written an extensive statement describing his use of social media, laying out a few boundaries for his presence on the platform, and he encourages readers to read it before following him, in an attempt to mitigate any boundary crossing or upset.

Where Do We Go From Here?

I still remember the thrill I felt when, as a young teen, I realized that the authors I read and loved existed beyond my library shelves. They were real people whose social media accounts I could follow, and there I could learn more about them — what books they love and recommend, their inspirations, funny anecdotes about their lives, and what they were passionate about beyond writing. I was an aspiring writer who didn’t know anyone who’d ever published a book, so connecting online with authors humanized them for me, and made me believe I could become a writer, too. I wrote to many authors as a teen, and many did respond, much to my delight. A fair number never did, and now I think I have a better understanding for why that might be. They were inspirational to me, but who knows what boundaries they might have had to draw in order to persevere their own well-being.

I don’t believe there is an easy solution here, and I don’t think that it is likely that authors will all quit social media en masse. I for one enjoy being online, and connecting with people despite the awkwardness or occasional inappropriate message. But one thing I would like to normalize is a respect for people’s privacy. I would implore readers to be sensitive to the concerns that I’ve described here, and many others not listed. (I didn’t even touch upon the harassment that many authors face as the result of being accessible online, which is a hefty topic for another day.) Please be aware that if you send an author a DM or email them via their contact form, no matter how innocuous or complimentary the message might be, you are not owed a response. Don’t think less of anyone for not responding. If there is no easy way to contact an author, please don’t persist in trying to find a direct line of access. Most of us enjoy connecting with readers, but unless you want your favorite authors to become complete hermits or stop publishing altogether, be respectful of the boundaries that have been drawn.

Editor’s note: this post has been edited to remove description of one author’s online harassment, by request of the author.