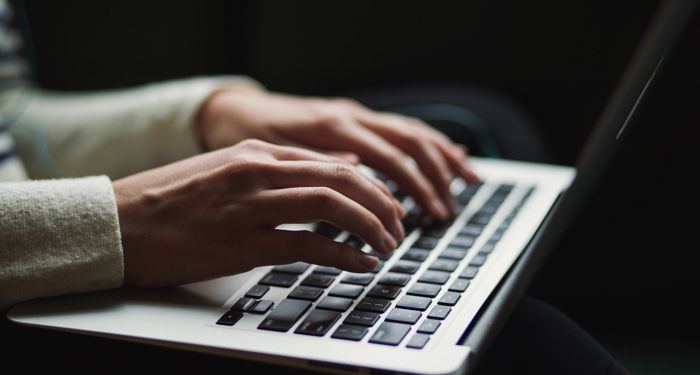 Critical Linking, a daily roundup of the most interesting bookish links from around the web is sponsored by Wednesday Books.

“Jason Wright is bringing his new novel to the world — in real time.

Wright — a New York Times bestselling author, columnist and speaker who has written books for Deseret Book — is writing his latest manuscript for his new book “Bus to Gulf Breeze” in real time, putting it together through a Google Docs file everyone can watch.

In the document, you can see Wright type his novel — spelling and grammar mistakes and all. Wright said he will write at 1 p.m. from Monday to Saturday.”

Hear me out: This would also make a great opening to a horror/mystery novel!

“The NBA would be said outlet for millions of people during a time as difficult as the one we’re in, however it’s currently out of commission. But books — escapism’s undefeated No. 1 draft pick — remain as accessible and welcome as ever. As a way to connect the two, I’ve decided to recommend one (that I’ve read in the last 18 months) to every fanbase in the league. ”

Check out which book is rec’d based on your favorite NBA team. Go Heat!

“VisitBritain has apologised after publishing a map of British literature that appeared to suggest Wales’s only contribution to the literary history of the British Isles was a few trees.

Published on Wednesday on the Twitter account of Britain’s official tourism body, the map invited users to “explore the places” that inspired books including Dracula, Harry Potter and Wuthering Heights, “and sent British literature around the world”.

But followers in Wales and Scotland were quick to highlight the lack of any books inspired by Welsh or Scottish locations. Harry Potter, which JK Rowling wrote in Edinburgh, was linked to Alnwick Castle in the north of England, where parts of the Philosopher’s Stone and the Chamber of Secrets were filmed, while Sherlock Holmes, by Scottish author Arthur Conan Doyle, was linked to London.”