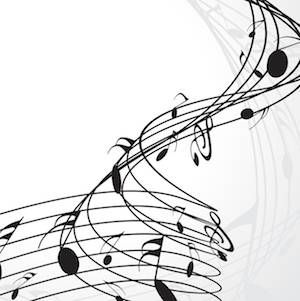 I was delighted to learn that Michael Chabon, author of such gems as Telegraph Avenue and Wonderboys, was hand picked to write lyrics for a song on Mark Ronson’s upcoming album Uptown Special. Described by the D.J. as “a mix of early R&B, funk, and soul” (read: not as dance-y), Ronson reveals that he wanted more “cerebreal” lyrics for this album, and points to Chabon’s The Amazing Adventures of Kavalier and Clay as the inspiration for asking Chabon for words.

We loved the idea of that collaboration and thought of a few others that would just make our day.

Frank Ocean’s “Pyramids” lyrically and musically burned itself onto my brain when it was released in 2012. The nine-minute-plus song, shifting midway from uptempo dance to R&B slow jam is – TO ME – both a historical throwback re-imagining of one of the most captivating women in our history (Cleopatra), and a commentary on modern pimp/ho dynamics. (In English Major terms, a pretty fucking amazing juxtaposition.) So my wish would be for Toni Morrison, our current reining queen of blowing minds with novels circling around African American past/present themes – to write lyrics for Ocean, from the point of view of the girl/woman in question. (Full disclosure: I really wanted to pair Toni Morrison writing for Nikki Minaj, but I can’t see Morrison’s prose and Minaj’s speed-racer delivery meshing, and anyway, Minaj speaks for the woman’s POV pretty darn well on her own.) Bottom line: musical genius working with prose goddess – what’s not to love? –Alison Peters

The music of Sufjan Stevens has always struck me as something you listen to when you’re alone. Murakami’s surrealistic work hits a similar chord, often dealing with moments of introspective alienation with a lyrical fluidity that results in the reader experiencing moments of dream-like contemplation. Stevens’s lyrics often take a similar hypnotic hold. Together, these two artists could make some music that other-worldly and befuddling. It would hurt your brain in the best way. —Aram Mrjoian


Although Miyazaki is known as the renowned, legendary filmmaker and perhaps the greatest animator who has ever lived, he is also a gifted writer. He’s the writer of all his acclaimed films, but also the author of many excellent articles, and a lot of very fine manga indeed. His themes of childhood innocence, the natural world, anger, corruption, the dangers and damages of war, the happy themes of love…all of these are themes already present throughout Nightwish’s many albums — particularly the past couple. And anyway, Miyazak is already an excellent songwriter. Here is a song called “Nobody Knows Your Heart” from Princess Mononoke. Not so far off from, say, “Turn Loose The Mermaids” by Nightwish. —Peter Damien

Ani’s music is full of gut-punches, and she does things with an acoustic guitar that are probably illegal in some countries. Her recent output hasn’t reached me in the same way as her albums from the late ‘90s (Up Up Up Up Up Up was part of one of my formative reading experiences), likely because the fervor of your mid-teens passions just can’t be replicated later in life. Or maybe she just needs to shake up her style and collaborators by letting Yuknavitch take a stab at writing her lyrics. I read her memoir The Chronology of Water recently; well, I read half of it—it was too emotionally difficult for where I’m at in life at the moment. That difficulty, though, is what makes me think she’d be the perfect writer for the woman who sings lyrics like, “We decided our urgency will wane/ when we grow old/ And there will be a new generation of anger/ new stories to be told/ But I said, I don’t know if I can wait/ for that peace to be mine/ And she said, Well, you know,/ we’ve been waiting for this bus/ for an awfully long time” (“Brief Bus Stop”).–Jeanette Solomon

Who would you like to see paired up to create the most lyrically amazing album of all time?