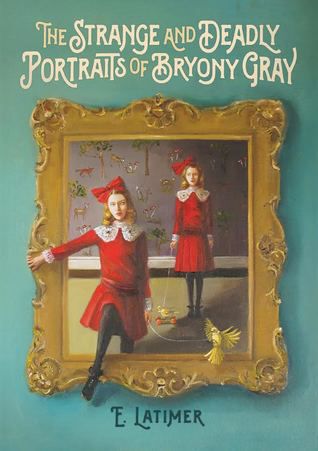 E. Latimer has always been intrigued by Oscar Wilde. So it comes as no surprise that the YA Fantasy writer from Victoria, British Columbia, decided to write a dark, twisted continuation of The Picture of Dorian Gray.

Her novel, The Strange and Deadly Portraits of Bryony Gray focuses on Bryony, who lives with her aunt and uncle in London during the early 1900s. Locked in an attic, Bryony is forced to paint portraits of the people in her aunt’s social circles. 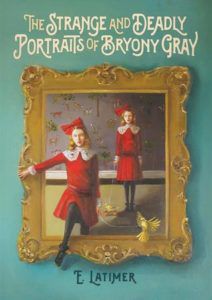 Eventually rumours seep into the attic. Rumours of the people Bryony has painted vanishing without a trace. Then, without warning, one of Bryony’s portraits comes to life, tearing itself through the canvas and jumping out of the attic and into London’s streets.

Bryony doesn’t realise it but she has let loose her family’s curse onto the city. If she’s going to stop it, she’ll need to recruit some unlikely friends and confront her worst fear: her family’s dark past.

Latimer injects some seriously creepy moments that any horror and mystery fan will love. Although it’s dark, it will appeal to Middle Grade and Young Adult readers alike.

I had the great pleasure of sitting down with E. Latimer for a interview about her work.

Lucas: I guess I’ll start with the one you probably get the most – what drew you to writing this story?

E. Latimer : I’ve always been completely fascinated with Oscar Wilde. Not just his clever, tongue-in-cheek commentary on society and the cunning way he could turn a phrase, but also his life story. The way that The Picture of Dorian Gray ended being his downfall, ultimately leading -perhaps in a roundabout way – to his death (there’s a lot to the story and I highly suggest looking it up). I think doing a spin on the story was in part because I found the idea inspiring, but also an excuse for me to sink a lot of time into researching him and his works.

L: Were you intimidated at all to take on a classic suspense / horror tale like The Picture of Dorian Gray?

E: Honestly, I probably should have been, but I tend to leap headlong into things when I find something inspiring. I will say though, keeping some of the themes of the original was super important to me, so I was careful of that. Bryony’s obsession with Mira (and her beauty) very much reflects one of the central themes of Oscar Wilde’s story. 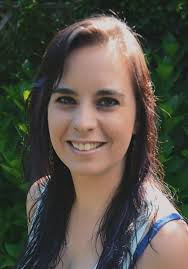 L: Do you have any other favourite classics?

E: I absolutely adore everything Roald Dahl wrote. I’m also intensely fascinated with the works and life of Edgar Allan Poe. I particularly love a few of his stories and poems “The Raven” and “Fall of the House of Usher” and “The Tell-Tale Heart.” I wouldn’t be surprised if I end up doing some kind of strange reboot of one of those.

L: The scenes of portraits tearing themselves free of their canvas prisons are truly frightening. Were you a horror movie fan as a kid? If so, what were your favourites and did any inspire you to write those particular scenes?

E: The funny thing is, I was never allowed reading scary things as a child. But oh, how I wanted to. I would linger in the children’s section of the library, slowly walking past the Goosebumps display, trying to figure out if I could get a few chapters in before my mother discovered me. When I was older (early teens) I bought Stephen King books at used bookstores and smuggled them into my house one at a time (I kept them in a shoe box beneath my bed). I think maybe that’s why I have such a fascination with the macabre now, I’m compensating for the spooky childhood I never had.

L: Were you tempted to make this story even darker? Did you have to cut out scenes that would make this a YA or adult novel as opposed to a Middle Grade one?

E: I learned my lesson with the first MG book I wrote, actually. It was turned down a number of times for being entirely too terrifying. Apparently, I’m not allowed to completely petrify children (at least not too much). So I decided to keep it a little tamer with Bryony.

L: The depiction in Bryony Gray of London’s population descending into panic and mob mentality (as someone who works in London) is anxiety-inducing and probably my worst nightmare. Although the reason for it in the novel is pure fantasy, is that a kind of scenario that frightens you? Does living in Canada give you some kind of relief of this?

E: This is an especially interesting question to explore. I really wasn’t thinking about anything in particular when I wrote those scenes, aside from, “What would add to this to make it even more terrifying?” When I read through later I discovered I had given Bryony a tremendous amount of anxiety. And in fact, halfway through writing this book I was diagnosed with an anxiety disorder, so I have no doubt some of this was slipping into scenes here and there. One of my worst attacks was driving into downtown Vancouver. As we were approaching the skyscrapers it hit me hard, and the scene where Bryony first comes out of the house was certainly influenced by that.

L: You are a prolific member of Wattpad – how important are online writing communities to you creatively and could you provide any advice on the best way to get started with a platform like Wattpad for anyone interested in joining?

E: I think there are numerous benefits to online communities like Wattpad. One of them is the close friends I have made on the platform. I have become best friends with writers across the country, people I would have never met if it hadn’t been for Wattpad. These women have been an unwavering source of support and friendship, which is something I firmly believe that writers need in order to survive this business. Another is that it gets you used to having an audience, people who love and hate what you write, people who love and hate you. It grows you a thicker skin and gets you ready for publication and everything that comes with it. As for getting started, the best way is to join and start posting regularly and then go out and make friends. Comment on other people’s stories, get to know them. That’s how connections (and friendships, more importantly) happen.

L: What is your writing Kryptonite?

E: Twitter. Twitter kills all of my productivity. Kills it dead. And I have zero willpower to resist its siren song.

L: Did publishing your first book change your writing process?

E: It didn’t change my process exactly, but it certainly renewed my confidence in myself . So maybe I can say that it did change how I write, a little bit. It gave me more energy to throw myself into new challenges and projects. After chasing publication for over ten years, I was starting to feel defeated and drained, and this made me excited about writing again. It also made me realize that being incredibly stubborn and refusing to give up had actually worked, so even if I don’t publish something else for another ten years, I’m still going to keep going.

L: We have a dedicated group of 12 year old writers who are collaboratively writing a dystopian sci-fi thriller. They meet every lunch hour in the Library, I’m just wondering if you could give them any advice for the future?

E: For starters, can I just say you guys are awesome? You are so ahead of the curve right now. I knew I wanted to be a writer at that age, but I never did anything like what you guys are doing, that’s amazing. As for advice for the future, it takes a lot to be an author, to reach that goal. But because you love writing, you won’t stop doing it no matter how many times you’re rejected, no matter how many times people tell you no. Because of that love for what you do, you will get there. And because you know you’ll get there eventually, you’re free to simply enjoy what you’re doing right now. Don’t worry about getting published yet. Just play. Play with words, with characters, with story. You’re creating worlds, and that’s magic.

L: Finally, and I ask this of every author I interview: Imagine you’ve been sucked into television land and you have to choose a TV family to live with forever, who would it be and why?

E: The Addams Family, for sure. I feel I’d be quite comfortable there.

To hear more from E. Latimer you can check out her YouTube channel here.