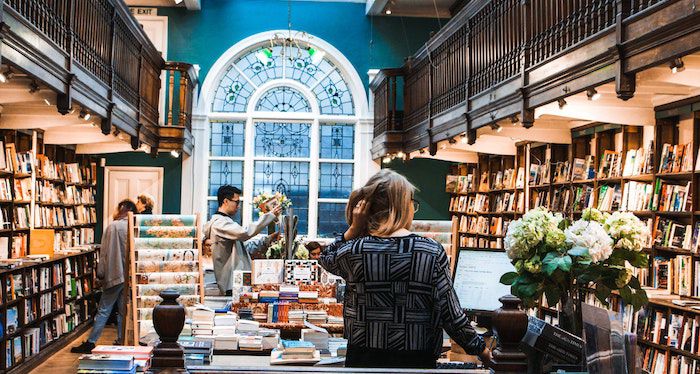 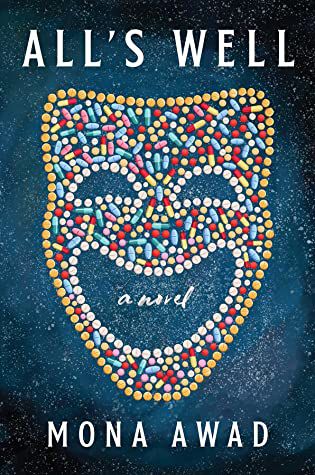 Miranda Fitch’s life is a waking nightmare. The accident that ended her burgeoning acting career left her with excruciating, chronic back pain, a failed marriage, and a deepening dependence on painkillers. And now she’s on the verge of losing her job as a college theater director. Determined to put on Shakespeare’s All’s Well That Ends Well, the play that promised, and cost, her everything, she faces a mutinous cast hellbent on staging Macbeth instead. Miranda sees her chance at redemption slip through her fingers.

That’s when she meets three strange benefactors who have an eerie knowledge of Miranda’s past and a tantalizing promise for her future: one where the show goes on, her rebellious students get what’s coming to them, and the invisible, doubted pain that’s kept her from the spotlight is made known.

Reasons to read it: This is from the author of Bunny, and it promises to be a darkly funny, subversive story about our society’s failure to recognize female pain. Get ready to go on a rollercoaster with this unreliable narrator that veers into hallucinatory prose, all surrounding one of Shakespeare’s weirdest plays. 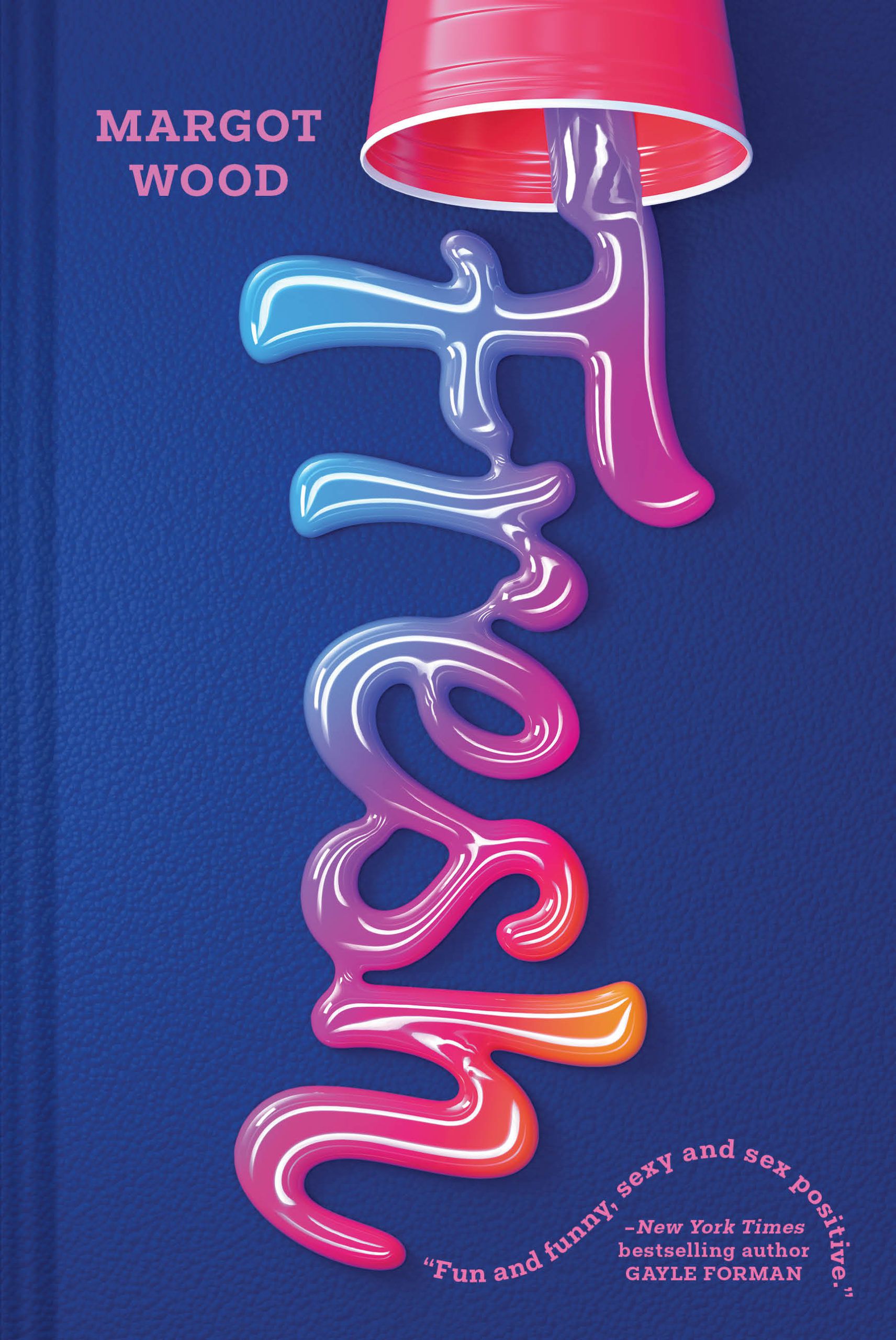 Some students enter their freshman year of college knowing exactly what they want to do with their lives. Elliot McHugh is not one of those people.

But picking a major is the last thing on Elliot’s mind when she’s too busy experiencing all that college has to offer—from dancing all night at off-campus parties, to testing her RA Rose’s patience, to making new friends, to having the best sex one can have on a twin-sized dorm room bed.

She may not be ready for the fallout when reality hits, though. When the sex she’s having isn’t that great. When finals creep up and smack her right in the face. Or when her roommate’s boyfriend turns out to be the biggest a-hole. Elliot may make epic mistakes, but if she’s honest with herself (and with you, dear reader), she may just find the person she wants to be. And maybe even fall in love in the process . . . Well, maybe.

Reasons to read it: This book singlehandedly pulled me out of a reading slump. It’s very loosely inspired by Emma — if Emma was a bisexual girl with ADHD who went to an artsy college but is mainly interested in getting laid. It’s from a first person point of view, and it sure sounds like a college freshman telling you a story, complete with weird asides in footnotes. This is a much-needed addition to the all-too-small category of queer new adult that will leave older and wiser readers shaking our heads fondly at the rollercoaster of college relationships. 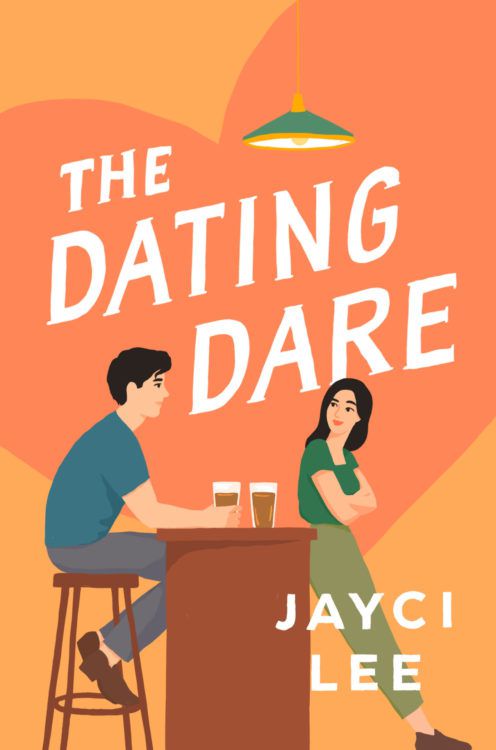 No serious relationships. This is the one rule Tara Park made for herself and it has been working swimmingly, thank you very much. The occasional fling is fine, especially since she’s busy with Weldon Brewery. But when Seth Kim, temptation personified and her best friend’s new brother-in-law walks into her life, Tara might be willing to bend her golden rule…but only for four dates — the four dates she agreed to after a few good rounds of beer and a game of truth or dare. It’ll be fun. No biggie.

Seth Kim can’t believe Tara agreed to his dating dare. He’s leaving for a new job in Paris in a month and a no-strings attached fling seemed like a nice little distraction for both…But their secret dates, while sweet and sexy, always hit roadblocks straight out of a romantic comedy. Thankfully, their non-dates and chance meetings are smoother, frequent, and heated. However, the more Seth sees of Tara, the less willing he is to let her go — and what was supposed to be a little fun game turns into something that neither of them are ready for.

But sometimes, the best things in life are the ones we never see coming.

Reasons to read it: This is a romantic comedy that is the second book in the Sweet Mess series, but works as a standalone. It’s a perfect match for fans of To All the Boys I Loved Before looking for an adult romance equivalent, with plenty of romantic chemistry. 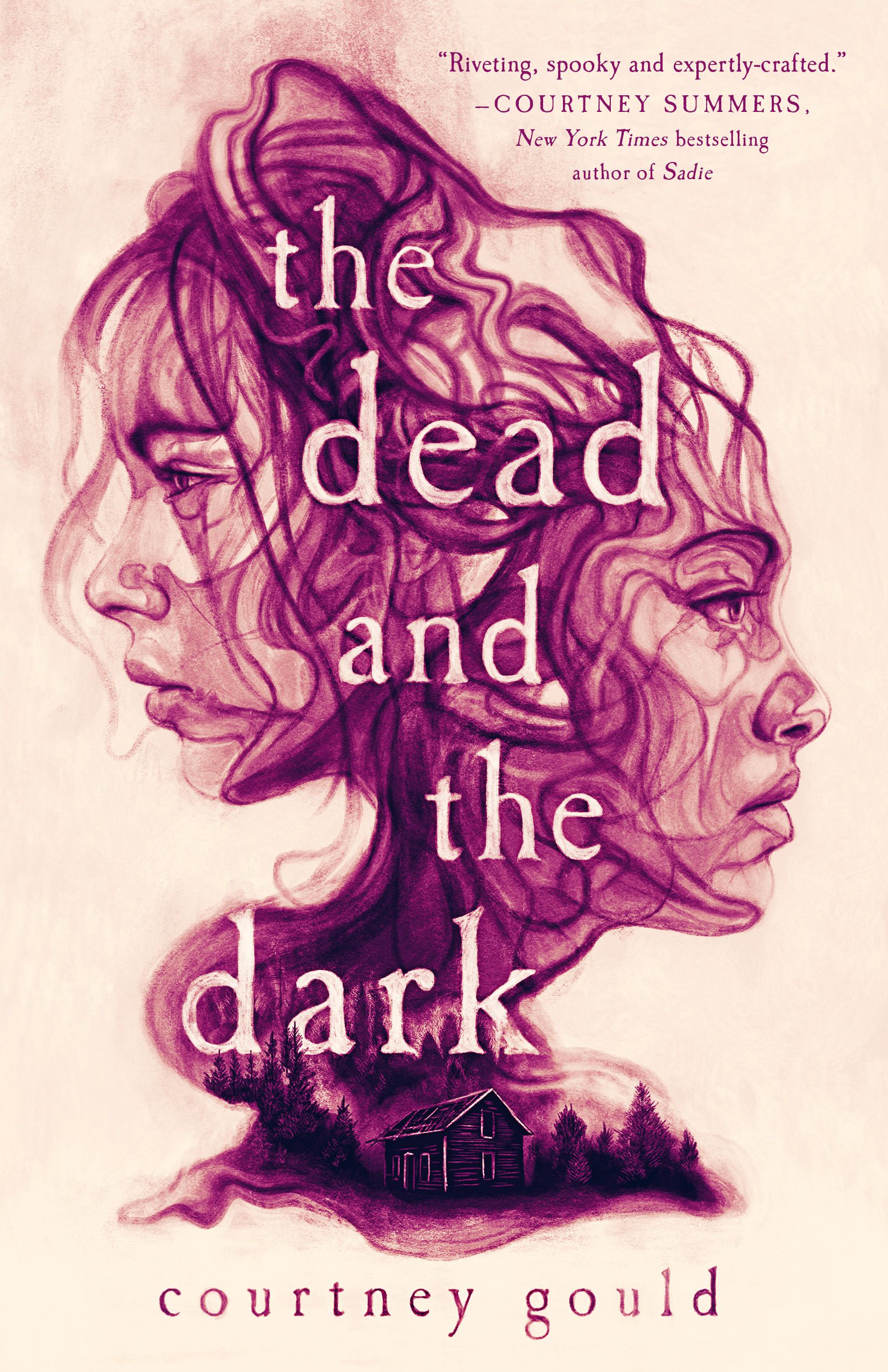 The Dark has been waiting for far too long, and it won’t stay hidden any longer.

Something is wrong in Snakebite, Oregon. Teenagers are disappearing, some turning up dead, the weather isn’t normal, and all fingers seem to point to TV’s most popular ghost hunters who have just returned to town. Logan Ortiz-Woodley, daughter of TV’s ParaSpectors, has never been to Snakebite before, but the moment she and her dads arrive, she starts to get the feeling that there’s more secrets buried here than they originally let on.

Ashley Barton’s boyfriend was the first teen to go missing, and she’s felt his presence ever since. But now that the Ortiz-Woodleys are in town, his ghost is following her and the only person Ashley can trust is the mysterious Logan. When Ashley and Logan team up to figure out who — or what — is haunting Snakebite, their investigation reveals truths about the town, their families, and themselves that neither of them are ready for. As the danger intensifies, they realize that their growing feelings for each other could be a light in the darkness.

Reasons to read it: For the first half of this book, I thought I knew exactly where it was going. I…was wrong. This is a YA thriller/horror novel about a force possessing someone in this small town and killing teenagers. It’s atmospheric and creepy, and it worked very well in audio. 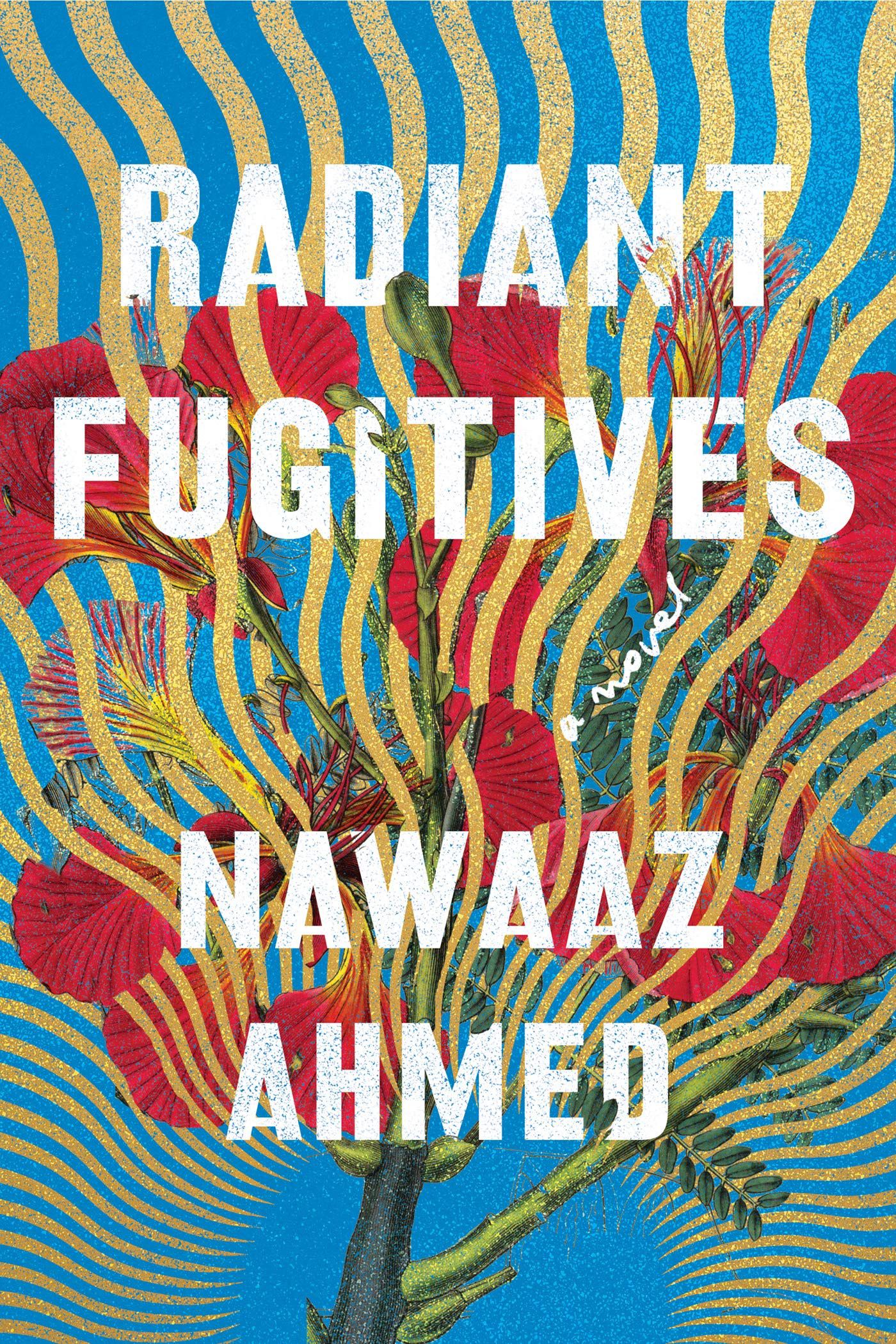 Working as a consultant for Kamala Harris’s attorney general campaign in Obama-era San Francisco, Seema has constructed a successful life for herself in the West, despite still struggling with her father’s long-ago decision to exile her from the family after she came out as lesbian. Now, nine months pregnant and estranged from the Black father of her unborn son, Seema seeks the company of those who once renounced her: her ailing mother, Nafeesa, traveling alone to California from Chennai, and her devoutly religious sister, Tahera, a doctor living in Texas with her husband and children.

But instead of a joyful reconciliation anticipating the birth of a child, the events of this fateful week unearth years of betrayal, misunderstanding, and complicated notions of love—a tapestry of emotions as beautiful and disparate as the era itself.

Told from the point of view of Seema’s child at the moment of his birth and infused with the writing of the Quran and the classic poetry of Wordsworth and Keats, Radiant Fugitives is a moving tale set against recent events of American political life of one family grappling with forgiveness and enduring love.

Reasons to read it: This follows three generations of a Muslim-Indian family, each a flawed and three dimensional. This is an emotional read that’s empathetic to each of its characters, even when they’re in opposition, and it promises a “blockbuster ending you have to read to believe.” 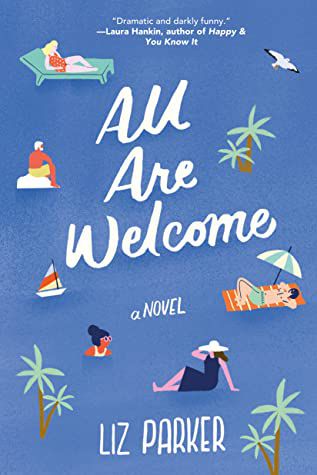 All Are Welcome by Liz Parker

Tiny McAllister never thought she’d get married. Not because she didn’t want to, but because she didn’t think girls from Connecticut married other girls. Yet here she is with Caroline, the love of her life, at their destination wedding on the Bermuda coast. In attendance — their respective families and a few choice friends. The conflict-phobic Tiny hopes for a beautiful weekend with her bride-to-be. But as the weekend unfolds, it starts to feel like there’s a skeleton in every closet of the resort.

From Tiny’s family members, who find the world is changing at an uncomfortable speed, to Caroline’s parents, who are engaged in conspiratorial whispers, to their friends, who packed secrets of their own — nobody seems entirely forthcoming. Not to mention the conspicuous no-show and a tempting visit from the past. What the celebration really needs now is a monsoon to help stir up all the long-held secrets, simmering discontent, and hidden agendas.

All Tiny wanted was to get married, but if she can make it through this squall of a wedding, she might just leave with more than a wife.

Reasons to read it: This is a darkly funny, gossipy story about a wedding that gets taken over by overbearing family and quickly dissolves into drama. This is a perfect beach read when you want to briefly dive into the world of rich people problems.