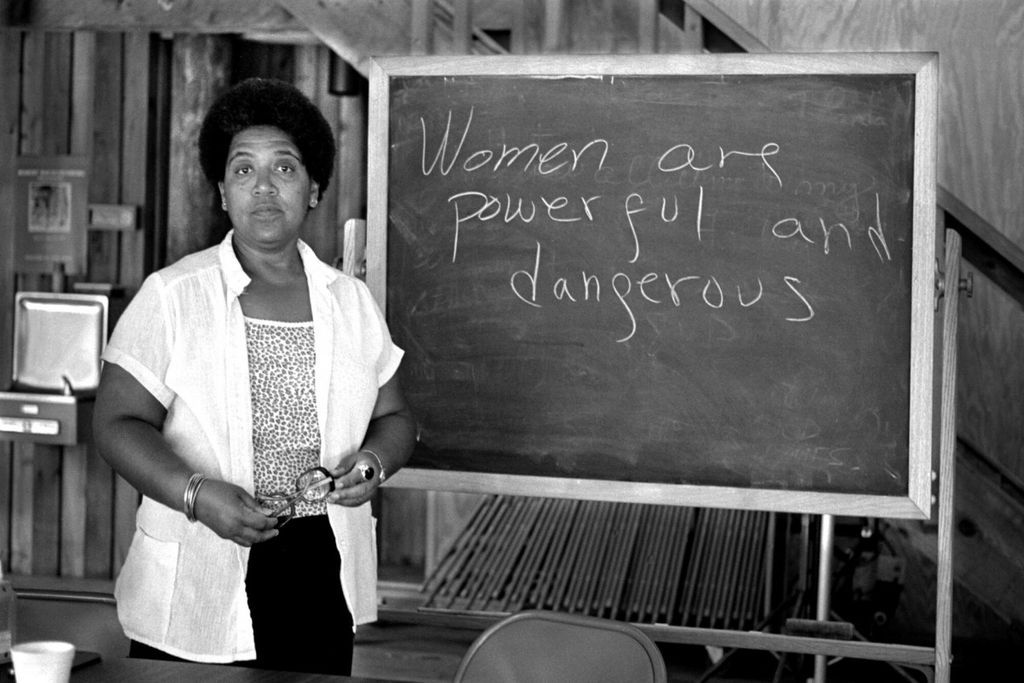 I first discovered Audre Lorde in college, probably in either my Intro to Women’s Studies class or my African-American Lit class; I can’t remember which, at this point. At a college that was overwhelmingly white, and being white myself, this was the first time I’d ever heard of Lorde. Her language spoke to me—the direct, bold truths she wrote on the page; the themes of intersectional feminism that I had yet to learn broke through something in my brain; and her poetry was like nothing I’d ever read before. I read Sister Outsiderand jotted down quote after quote after quote in my notebook. Later, when a mentor of mine was diagnosed with breast cancer, I read The Cancer Journals, and once again found myself underlining and copying quotes. That book was among the ones that helped the most when trying to tamp down my fears about the disease. 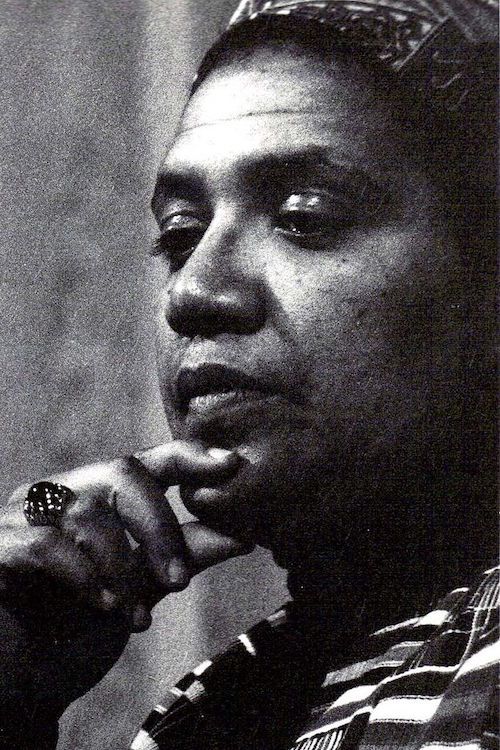 Lorde was a feminist, poet, writer, lesbian, womanist, librarian, and civil rights activist. Right now, we—the world at large, the #Resistance especially—need her words, her voice, her vision, more than ever.

“Your silence will not protect you.”

“I am not free while any woman is unfree, even when her shackles are very different from my own.”

“Caring for myself is not self-indulgence, it is self-preservation, and that is an act of political warfare.”

“I am deliberate and afraid of nothing.”

“Tell them about how you’re never really a whole person if you remain silent, because there’s always that one little piece inside you that wants to be spoken out, and if you keep ignoring it, it gets madder and madder and hotter and hotter, and if you don’t speak it out one day it will just up and punch you in the mouth from the inside.”

“I realize that if I wait until I am no longer afraid to act, write, speak, be, I’ll be sending messages on a Ouija board, cryptic complaints from the other side.”

“The fact that we are here and that I speak these words is an attempt to break that silence and bridge some of those differences between us, for it is not difference which immobilizes us, but silence. And there are so many silences to be broken.”

“If they cannot love and resist at the same time, they probably will not survive.”

“I write for those women who do not speak, for those who do not have a voice because they were so terrified, because we are taught to respect fear more than ourselves. We’ve been taught that silence would save us, but it won’t.”

“When I dare to be powerful, to use my strength in the service of my vision, then it becomes less and less important whether I am afraid.”

“Pain is important: how we evade it, how we succumb to it, how we deal with it, how we transcend it.”

“Without community, there is no liberation…but community must not mean a shedding of our differences, nor the pathetic pretense that these differences do not exist.”

“What are the words you do not yet have? What do you need to say? What are the tyrannies you swallow day by day and attempt to make your own, until you will sicken and die of them, still in silence.”