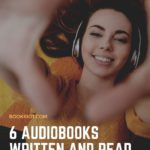 This list of audiobooks written and read by Latinx women is sponsored by our ‘Books by Authors You Should Get to Know’ giveaway. Enter now!

Happy Latinx Heritage Month! In celebration, the bookish internet is buzzing with excellent recommendations of books by Latinx authors from all over the world. But if you’re looking for books that are specifically great on audio, here are six audiobooks written and read by Latinx women authors! 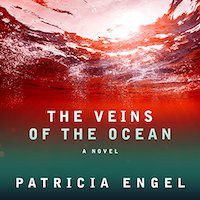 The Veins of the Ocean by Patricia Engel, Narrated by the Author

Devastated after her brother’s death, Reina moves to a small town in the Florida Keys to start a new life. There she meets Nesto, a Cuban man living in exile and waiting for the day he can see his kids back in Cuba. The ocean plays a huge role in this couple’s love story, and Engel uses ocean imagery in such beautiful ways, communicating layers of meaning throughout the novel. Engel is also an excellent narrator, bringing that unique spark to the story that only an author’s performance can. 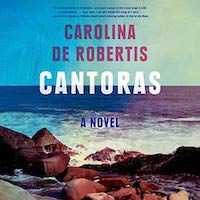 Cantoras by Carolina De Robertis, Narrated by the Author

In Cantoras, we follow five queer women living through Uruguay’s authoritarian regime of the late 20th century. These women create a found family amongst themselves and band together to buy a small house near the ocean that acts as their refuge. Through the decades, we follow these women’s love affairs, falling outs, celebrations, and sorrows. Carolina De Robertis performs this audiobook beautifully. 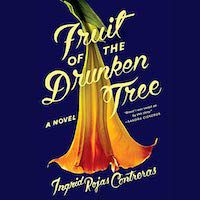 In 1990s Colombia, 7-year-old Chula and her older sister Cassandra live a privileged life, removed from much of the kidnapping, bombings, and unrest. But when their mother hires Patrona, a girl from a poor neighborhood of Bogotá, Chula and Cassandra slowly begin to realize that not everyone lives the comfortable life that they do. Ingrid Rojas Contreras narrates her debut novel with a cast of other narrators who perform the varying  points of view contained within the novel. 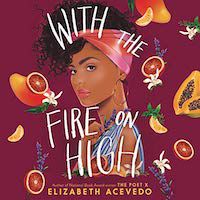 With Fire On High by Elizabeth Acevedo, Narrated by the Author

Emoni is a senior in high school and a teenage mom. While other kids are worrying about report cards and applying to colleges, Emoni is dealing with all that AND trying to find a way to co-parent with her ex-boyfriend. And Emoni still has dreams. Nothing makes her happier than cooking for those she loves, so when a new cooking elective opens up, Emoni dives right in. Acevedo’s experience as a spoken word poet shines through her narration of Emoni’s story, bringing so much life and vibrance to her performance. 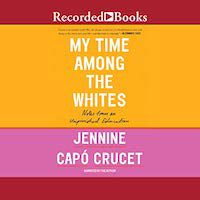 My Time Among the Whites by Jennine Capó Crucet, Narrated by the Author

In this essay collection, Jennine Capó Crucet shares her experiences as a first generation American. From being the first in her family to attend an Ivy League school to her trip out to Nebraska, Crucet repeatedly examines the idea of the American Dream and how it often excludes people of color from its concept of success. Crucet reads her essays in a way that brings you alongside her as she experiences the ups and down of her life. 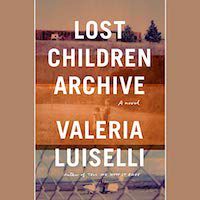 When a married couple set out on a road trip with their two children, the wife suspects this may be the end of their marriage. She and her husband have such different hopes and dreams, but they both love each other and their children. As the family winds through the American landscape, they begin to discover what it means to be a family together, and what might happen if their family breaks apart. Valeria Luiselli and a cast of narrators bring to life this interactive book filled with newspaper articles, photos, and other scraps of information. The audiobook is so cleverly produced, adding extra insight into the family’s journey through the U.S.

Recently, I’ve also written about Running, I’m Not Your Perfect Mexican Daughter, and The Undocumented Americans, so definitely, check out those audiobooks. And if you’re looking for even more great picks to celebrate Latinx Heritage Month, be sure to follow along with Lupita’s Latinx Bookstgram Tour over on Instagram!