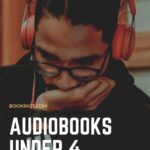 I have a thing for short audiobooks. There’s something deeply satisfying about being able to listen to a whole book while preparing one fancy dinner, or over the course of a long afternoon walk. Audiobooks under four hours are great because they’re long enough to sink into, but short enough to finish quickly. And as far as short audiobooks go, they offer a lot of choice in terms of genre and style. Audiobooks under one hour, for instance, are almost always poetry, children’s books, or one essay (such as the fantastic The Clothing of Books by Jhumpa Lahiri). But audiobooks under four hours come in all shapes: essay collections, memoirs, and novellas of all kinds. Even some short novels can be read in under four hours!

Here are four of my favorite audiobooks under four hours. We’ve got literary fiction, fantasy, and essays. These books are nothing at all alike each other, so hopefully you’ll find something to satisfy your short audiobook craving no matter what kind of books you like to read. 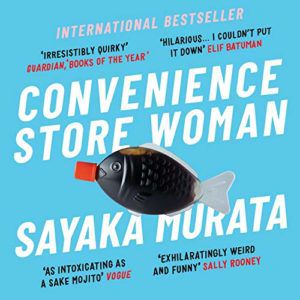 Keiko has always had her own way of being in the world, one that the people in her life can’t understand. She’s not interested in getting married, and she is very happy with her life as a convenience store worker, a job she’s had for 18 years. Now in her mid-30s, with her coworkers, friends, and family breathing down her neck, she finds she finds she has to defend not only what she wants, but who she is. It’s a delightful, funny, and deeply moving book about one woman’s quest to live on her own terms. Nancy Wu does a brilliant job with the narration, capturing Keiko’s matter-of-fact observations in a dry, even voice. I listened to this book in one sitting; 20 minutes in and I was completely hooked. 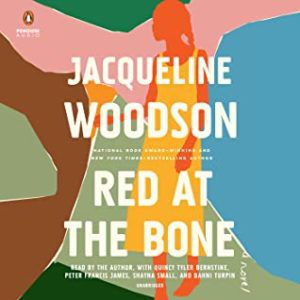 The amount of emotional depth and human complexity that Woodson packs into this short novel is astounding. Equally astounding is the talent of the five narrators who bring it life. Beginning with 16-year-old Melody’s coming-of-age party at her grandparents’ house in Brooklyn, the novel traces back through three generations, unraveling the complicated history of Melody’s family. The characters are all so richly drawn; it’s incredible how much depth Woodson conveys in such a short space. The brilliant narration adds to this feeling of immersion. Each narrator creates an unforgettable voice for their character, drawing listeners deep into the heart of one Brooklyn family. 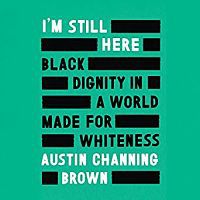 I love listening to essay collections on audio, and this is a great example of a book of essays that truly shines when read aloud. Austin Channing Brown tackles a wide array of subjects in a relatively short book. Most of the essays center the intersections of faith, gender, and race. She writes about microaggressions in the workplace, about the experience of being a black woman in mostly white spaces, and about the ways that America’s failure to reckon with its history of white supremacy continues to haunt its present. Brown’s strength lies in her clear-sightedness: her writing is beautifully direct, always cutting right down to the heart of an issue. This is also what makes the audiobook so good. You can hear that directness in her voice. Her narration is emotional but also matter-of-fact. She speaks with the kind of insight and openness that makes it impossible to stop listening. 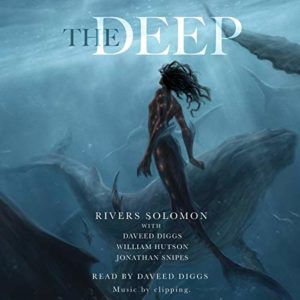 Let’s just ignore that one minute, because this audiobook is brilliant. Based on a song by the group clipping., this novella imagines a world in which pregnant woman thrown overboard from slave ships gave rise to a thriving, water-dwelling people. The story is about Yetu, a young woman tasked with holding all the memories for her people, and what happens when those traumatic memories begin to overwhelm her. Diggs, a member of clipping., narrates the book, and he does it perfectly. His voice is rich and musical, capturing all the nuances of grief, generational trauma, celebration, and connection that run through the story. It’s obvious that he has an emotional connection to the work, because the narration feels personal and urgent. Between the power of his narration and the beauty of Solomon’s words, listening to this book is like falling under a spell.

Obviously there are a lot more wonderful audiobooks under four hours than just these. I didn’t include it here since it’s appeared (rightfully!) on so many other Book Riot audiobook lists, but The Poet X written and read by Elizabeth Acevedo (3 hours, 30 minutes) is one of my favorite audiobooks of all time. All Systems Red by Martha Wells, read by Kevin R. Free (3 hours, 17 minutes) and Between the World and Me written and read by Ta-Nehisi Coates (3 hours, 35 minutes) are two more absolute (and very different) audio gems.