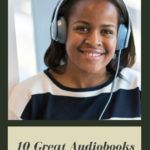 There are loads of audiobooks under ten hours, so for this list, the last in a series of short audiobooks broken down by length, I picked ten of my very favorite audiobooks (of any length). These are books that I loved so much on audio, it’s hard for me to imagine reading them any other way. The narration adds something specific to the experience of reading each of these books.

Ready? We’ve got memoir, YA historical fiction, essays, two contemporary novels, a murder mystery with a side of magic, and dystopian fiction. It’s a little bit of everything. Whether you’re looking for a heavy listen or a funny one, something to uplift you or something to challenge you, hopefully one of these audiobooks under ten hours will hit the spot. 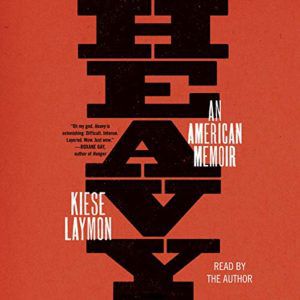 This is one of those singular books that feels like an unbelievable gift; the depth with which Laymon is willing to reveal himself through his words is stunning. It’s a memoir about being a Black son and living in a Black body, about the physical and emotional weight of trauma, secrets, and complex relationships. The memoir is built around Laymon’s relationship with his mother, but it spirals outward from there, as he explores art, masculinity, history, and family. Laymon’s writing is incandescent; every other sentence made me gasp out loud or want to cry. Listening to Laymon read this book himself is something sacred: a painful and revelatory experience. 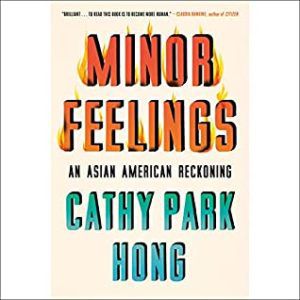 In these seven incredible essays, Cathy Park Hong delves into the complexities of Asian American experiences and the ways that Asian American identities are so often ignored/simplified/fetishized/lumped together when talking about race. Writing both from her own life as a poet and the daughter of Korean immigrants, as well as exploring art, language, friendship, history, and writing, these essays are illuminating and rigorous. Hong’s narration is crisp and precise; even though she’s reading essays, you can tell that she’s a poet. This is an absolutely vital contribution to the ongoing conversation about race in America. 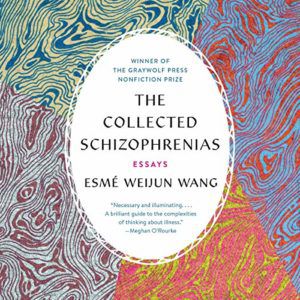 In a series of essays exploring her own experiences with schizophrenia, Wang takes readers on a journey through the history, treatment, and societal myths and misconceptions of mental illness. She writes with refreshing directness about her own life, and looks at chronic illness and schizophrenia specifically from so many angles and perspectives. This short book feels exhaustive—not because Wang says all there is to say on the matter, obviously, but because she delves so deeply into it. Her narration is quiet, almost mesmerizing, mirroring the thoughtfulness and intention behind her words.

Make It Scream, Make It Burn 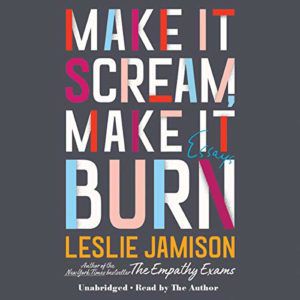 There’s a searching, meandering quality to Jamison’s voice as she narrates these essays, which matches the essays themselves. Whether they focus on the relationship between artists and their subjects, her experiences with (step)motherhood, or the various ways loneliness manifests in herself and others, there’s a thread of uncertainty and curiosity running through them all. These essays, both the personal ones and those that explore other subjects, are full of keen observations and insights, but they don’t offer any kind of absolute truth or moral judgement. Jamison is open to all the contradictions that exist in the world, and inviters readers to wonder, delight, and fume over them with her. 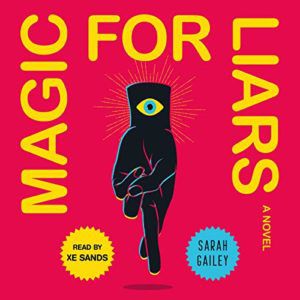 Ivy is a PI just trying to live her life. She certainly doesn’t want anything to do with magic. Her estranged sister Tabitha is the magical one; having gone off to magic school as a teenager, she’s now a professor there. When a staff member at the school is murdered, Ivy arrives to work the case. While there, she’s forced to confront all the emotions she’s long kept buried, including her complex feelings about her sister and their shared grief over the loss of their mother. Xe Sands is absolutely incredible here; her voicing of the lonely, closed-off, work-focused Ivy is pitch-perfect. She does a great job with all the other character voices, but the voice she creates for Ivy is so distinct that I can still hear it in my head weeks later.

Tomorrow Will Be Different 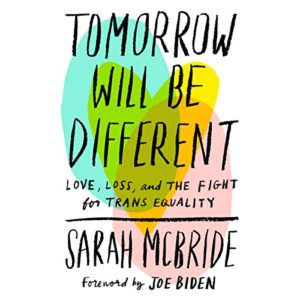 This memoir combines McBride’s personal and professional journeys in a way that’s fresh and engaging. She tells intimate stories about coming out as trans, and falling in love with and then losing her husband to cancer, as well as recounting the inspiring trajectory of her career in politics and as a transgender activist. Her narration captures her passion for her work, the pain of being a young closeted trans woman, and all the elation, frustration, anger, heartbreak, and joy she’s experienced as an activist and human being. 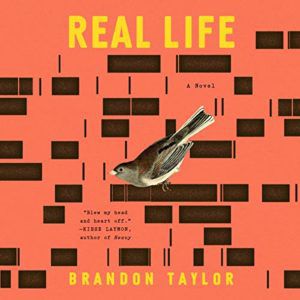 This is an incredibly internal book—it takes place over the course of one weekend (with flashbacks) and it’s full of long, emotional passages that take place inside the protagonist’s head. It takes a talented narrator to bring this kind of beautiful writing to life, and Kevin R. Free does it perfectly. Wallace is a Black gay grad student getting his PhD at a small university in the Midwest. He’s one of the few people of color in his program and he has a mostly white group of friends. When the book opens, his father has just died, something he hasn’t told anyone in his life. This is a heavy novel, steeped in loneliness. Taylor is a magician with words, weaving scenes and moments that are painfully ordinary and relatable, and Kevin R. Free takes those moments and makes sure you feel them down to your bones. 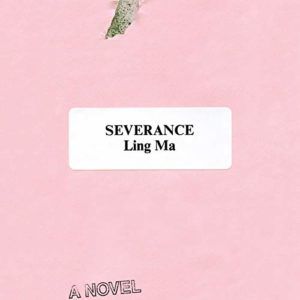 Nancy Wu’s narration is part cheeky satire, part fever dream, which is also a perfect description of this novel. Candace is a vaguely unhappy millennial working in a New York office when an apocalyptic fever descends on the city. The novel moves swiftly from a sharp look at millennial life in the early 2000s to a post-apocalyptic road trip story, as Candace wanders through, and eventually leaves, a dying New York. Nancy Wu is one of my favorite narrators, and she’s at her best here.

Music from Another World 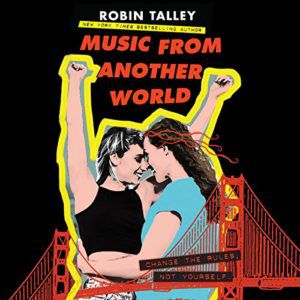 Set against the backdrop of gay activism in the 1970s, this is an uplifting YA novel about friendship, queer identity, and finding your people. Tammy is a closeted lesbian living in Orange County with her conservative religious family, who are big supporters of Anita Bryant and heavily involved in her anti-gay campaigns. Sharon is a teenager in San Francisco just discovering her love of punk music, and helping her brother hide his sexuality from their Catholic mother. When the two girls are assigned as penpals for a summer project, they form a connection that changes both their lives. The story is told entirely through diary entries and letters; two talented narrators do a brilliant job capturing all the messy emotions these two teenagers pour out onto the page. 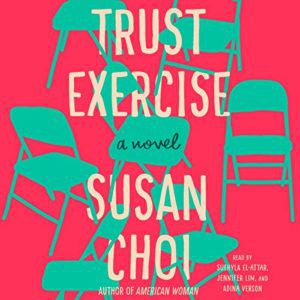 This is a book that benefits from knowing little about it going in: it’s a layered, complicated, continually surprising narrative that is never quite what it seems. Set at a prestigious performing arts high school in the 1980s, it follows a group of close-knit theatre kids through a series of events that will reverberate through their lives for years. Three different narrators voice the three sections that make up the novel, and each brings something unique to the story.

If you’re looking for more audiobooks under 10 hours, you’ve got 42 fabulous books to choose from! Check out these lists of audiobooks under nine, eight, seven, six, five, four, and three hours.