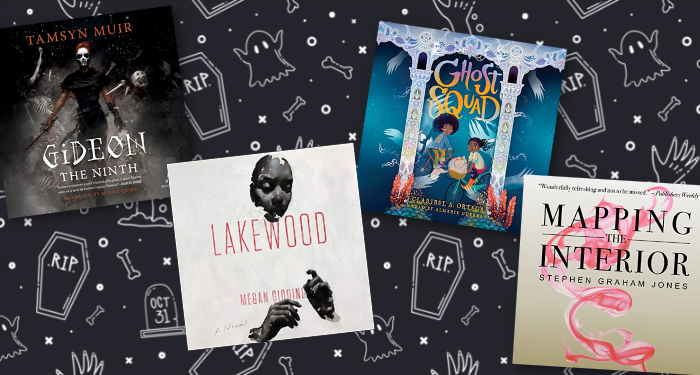 Spooky season is upon us! There are few times of year that I love more than when the days turn cooler and the leaves begin to fall. My days are filled with stories of witches and ghosts, both the delightfully creepy and the absolutely terrifying kind. Since I was a kid, I’ve always adored ghost stories, tales of the afterlife, and novels featuring the creepy entities that walk in dark forests.

When I was younger, I loved horror movies and TV shows like Are You Afraid of the Dark? But now as an adult, I’m incredibly aware that I’m a complete wimp when it comes to reading scary stories. I tend to prefer my stories seasoned with ghouls and spiders rather than made up of everything horror-related.

But, thankfully, there are spooky stories for every kind of reader, including kids! So if you’re like me and want to dip into scary stories, but don’t want to get stuck in something truly terrifying, I’ve included some picks for you. There are also some intensely creepy tales that I can’t in good conscience recommend reading alone at night with nothing but a flashlight to read by, but don’t let me stop you. Read at your own risk!

Adenrele Ojo captures the sinister and creepy vibes of Megan Giddings’ debut novel. To pay off her family’s colossal debt, Lena drops out of college and takes a job in Lakewood, Michigan, at a facility conducting mysterious research. What initially starts out to be an incredible deal for Lena to make great pay with incredible benefits turns into a terrifying experience as Lena begins to fully understand the devastating bargain she has made. 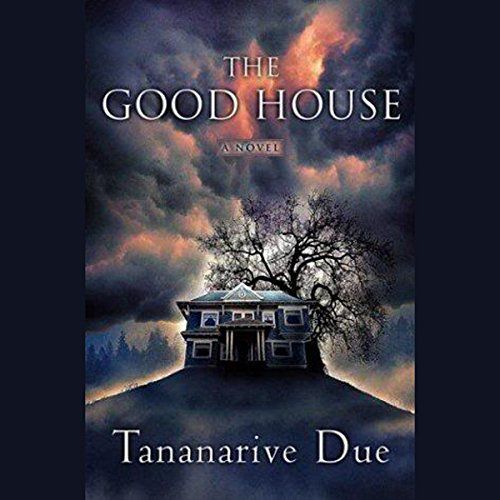 The Good House by Tananarive Due, narrated by Robin Miles

All-star narrator Robin Miles performs this perfect haunted house story. When Angela Toussaint’s son dies by suicide, she returns to the family home where her son died. As she searches for answers, she discovers new secrets about her family’s past that have her questioning everything she thought she knew about her family’s history. This is an incredibly spooky haunted house story that will have you sitting on the edge of your seat, just waiting to find out what happens next. 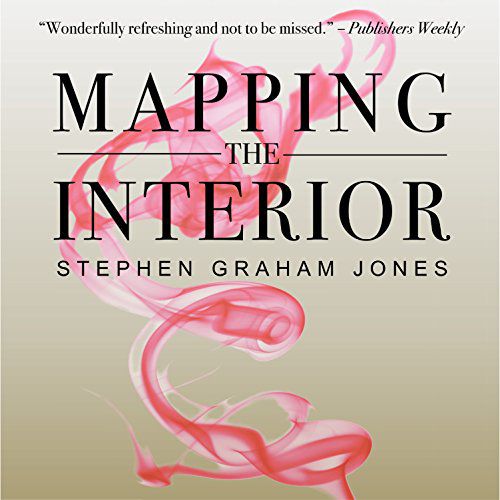 A 12-year-old boy sees what he believes to be his dead father walking down the hall of his house. This moment starts a series of harrowing events that mean that the boy must try to find the origins of the figure he saw and keep mysterious forces from ending his or his family’s lives. This spooky house story is contained in a short novella that will have you turning on all the lights in your house — too many things crawl about in the dark. Eric G Dove captures the unsettling vibes of the book to great effect. 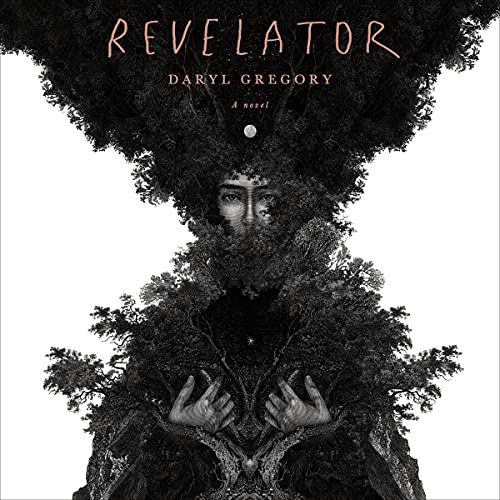 In one of the creepiest stories set in Appalachia that I have read in a long time, Revelator weaves the story of a secret cult deep in the Tennessee Mountains. In 1933, Stella is left to be raised by her grandma. There she’s introduced to the god in the mountains that her family serves. She soon learns that she is to be the next Revelator, a title given to the women in her family who carry out the important job of communing with their god and sharing his revelations. Reagan Boggs narrates this dark American fairytale. 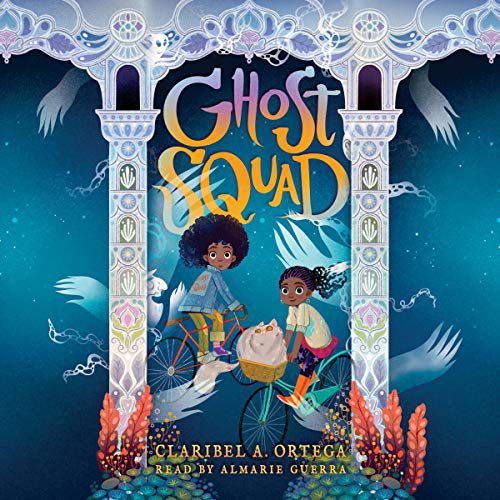 Ghost Squad by Claribel A. Ortega, narrated by Almarie Guerra

Perfect for you and the kids in your life, Ghost Squad follows Lucely Luna, a girl who can see the ghosts of her ancestors living with her in her house. But when a mysterious evil begins to make the spirit of her ghost family disappear, Lucely and her best friend, Syd, must team up to try to stop these sinister forces at work. I loved this performance by Almarie Guerra, which captures the joyous middle grade spirit of the story. 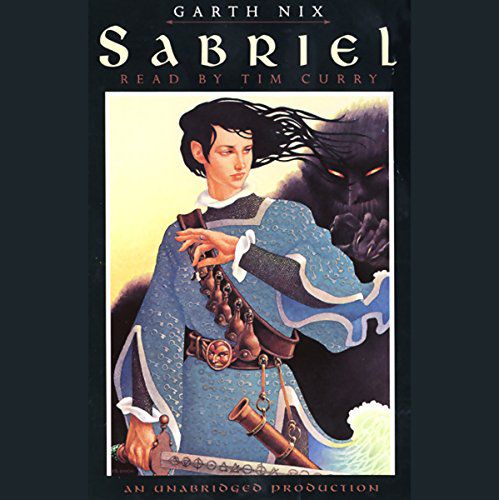 Is there anything more perfect than Tim Curry’s narration? For me, Sabriel is one of the first spooky books that I read and absolutely adored. Sabriel is just finishing up her studies at boarding school when she receives a message that her father, the Abhorsen in the Old Kingdom to the north, is in serious trouble. Sabriel’s family has long fought the necromancers who raise the dead and wreak havoc upon the citizens of the Old Kingdom. Now Sabriel must step up as the Abhorsen-in-waiting and find her father before it’s too late. 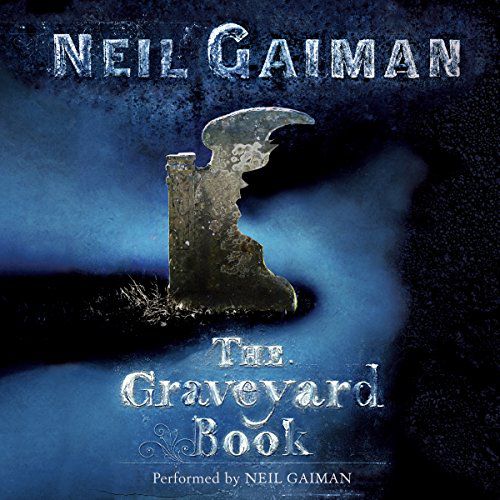 The Graveyard Book by Neil Gaiman, narrated by the author

Neil Gaiman is just as good at performing his stories as he is writing them. In this middle grade novel, Nobody “Bod” Owens has lived his entire life in a graveyard raised by ghosts. They’ve educated him and cared for him, but Bod has always wondered about the world of the living. However, a mysterious figure lurks outside the graveyard, waiting for Bod to leave the protection of his childhood world so he can kill Bod, just like he murdered the rest of Bod’s family all those years ago. 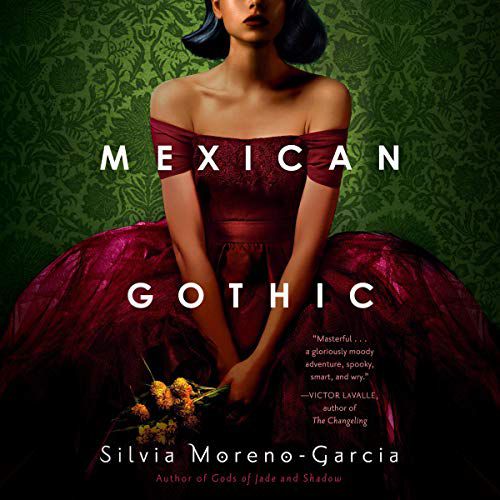 Noemí receives a frantic letter from her cousin, who says she’s trapped by her new in-laws. So Noemí travels to High House, an estate owned by a white British family in the Mexican countryside. There she begins to suspect that something more is going on with her cousin’s new family. This book brings all of the 19th century gothic vibes to a new landscape equally full of looming, dangerous characters. Frankie Corzo does a fantastic job of evoking the deeply unsettling feel of this story. 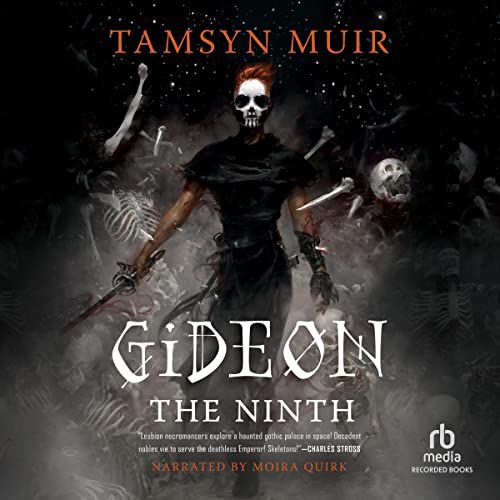 Gideon the Ninth by Tamsyn Muir, narrated by Moira Quirk

Gideon the Ninth is a lesbian swordswoman living on a far-off planet in the depths of space. She belongs to the Ninth House, a group of necromancers who paint their faces as white skulls and who are house tasked with guarding the locked tomb. To escape the world of the locked tomb, Gideon makes a deal with her nemesis, Harrow, the lady of the Ninth House, to travel to a great meeting of all of the great houses being held on a different planet. This dark story turns into a locked room (locked tomb?) mystery as someone appears to be killing off all of the dignitaries. Moira Quirk performs this book so incredibly well, even capturing some of the plot twists in the voices of the characters before we even realize. 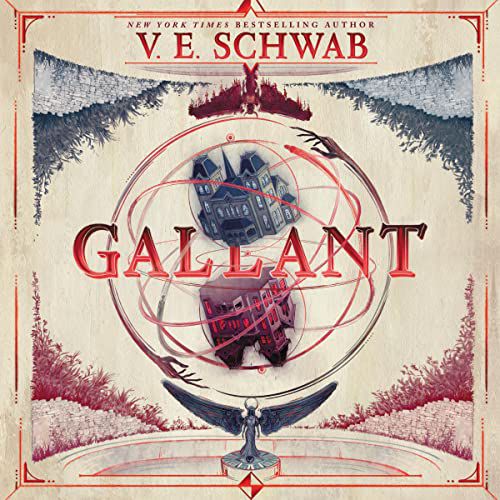 Julian Rhind-Tutt performs this ghost story, creating a lovely fairy tale-like feel. Olivia Prior has lived in an orphanage her entire life, wondering where her family is and if they would ever show up to take her out of such a horrible place. Then, what she always dreamed of comes true when a letter arrives from her uncle, asking for her to join him at the family estate, Gallant. There, Olivia discovers that her uncle is long dead, and her cousin is less than happy that she’s arrived. Now she must discover the secrets of her family’s past if she is to save any possibility of a future that they might have.

Embrace your spooky-loving listening tastes with any of these titles, and you’re sure to have a good time. For even more audiobooks, check out 8 Audiobooks for Agatha Christie Lovers and 8 of Libro.fm’s Most Wished for Audiobooks.