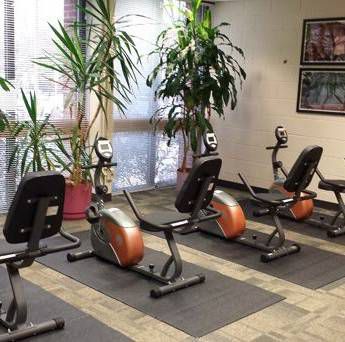 A few years ago, when I was just getting into exercising seriously I made a deal with myself: I could only listen to audiobooks while exercising. At first, this wasn’t a difficult deal to keep with myself as I was listening to mostly non-fiction. These books were perfect for a novice runner and audiobook listener. They were interesting enough to keep my attention off my burning lungs during my runs, but not so gripping that I’d run longer than 30 minutes at a time.

Suggestions of non-fiction for novices include:

Gretchen Rubin’s The Happiness Project— Rubin takes a year to closely examine her life and determine the things that add to or detract from her happiness. She discovers that it’s not life-altering choices that increase her happiness, but small changes. Perhaps like listening to audiobooks while exercising. 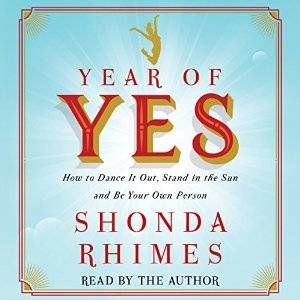 Shonda Rhimes’ The Year of Yes— This is another year long examination of a small life change. Rhimes, well known creator of Grey’s Anatomy and Scandal decided to say yes to offers she’d normally decline. As an introvert and mother of three, it was difficult to take on any extra projects. But when she decided to start saying yes, her life transformed.

Bill Bryson’s A Short History of Nearly Everything–– Bryson’s witty and comic writing style keep a potential snoozer book interesting. A doozy at over 17 hours of narration, is still something to look forward to on runs or long stints on the stairmaster. This book exercise combo is a twofer, bettering body and mind.

The thing that really upped my mileage was switching to a thriller. For me, it was Gillian Flynn’s Gone Girl. The deal with myself was, I couldn’t listen unless I exercised, and I didn’t want to stop listening. At one point, I was walking up and down the stairs in my house at 10:00 at night, which made me much sorer than I expected the next day.

Other page-turners for taking your workouts to the next level:

Barbara Kingsolver’s The Poisonwood Bible— The wife of a pastor moves with him and their four daughters move to the Belgian Congo in 1959. It’s the story of a family’s transformation on African soil when everything is not anything like they expect. The switches in narration between the 5 women in the story is reminiscent of Gone Girl and keeps the pace moving. 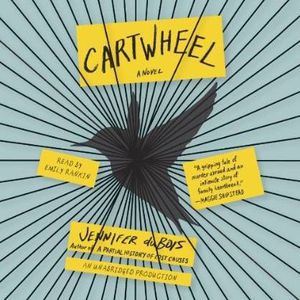 Jennifer duBois’ Cartwheel— Lily is studying abroad in Argentina when her roommate is brutally murdered. Of course, Lily is the primary suspect. So the question arises: who is Lily Hayes? It depends on whom you ask. The perception of her switches from sinister to innocent, and it asks the reader to examine how we make judgements about people we don’t have all the facts about.

The final level of my exercise audiobook regimen was getting hooked on series. Not only did I not want to press pause on the book itself, but I couldn’t wait to start the next novel on the list.

Jasper Fforde’s Thursday Next Series– Literary mysteries with magic and a smart, strong female lead? Yes, please. This is a magical world that’s easy to get lost in when you want to be anywhere but the gym. 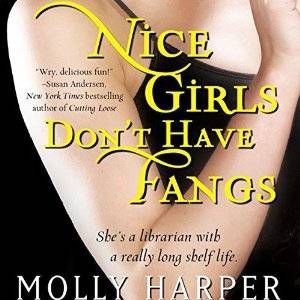 Molly Harper’s Jane Jameson Series– This series starts with the main character, a children’s librarian in rural Kentucky, getting shot by the town drunk who mistakes her for a deer and then gets turned into a vampire by the local lifeless hunk. It only gets funnier and weirder from here. Harper’s quick wit and colloquial dialogue keep you on the treadmill longer than you expected you could run.

Marissa Meyer’s Lunar Chronicles Series– Fairy tales set in the future with moon people, cyborgs, and mind control. The diverse and so in love with each other characters in The Lunar Chronicles make for so many ongoing plot lines that you won’t even remember that you’re exercising. Plus, once you finish books 1-4, there are prequels and short story accompaniments that means this series can keep living in your locker long after you finish.