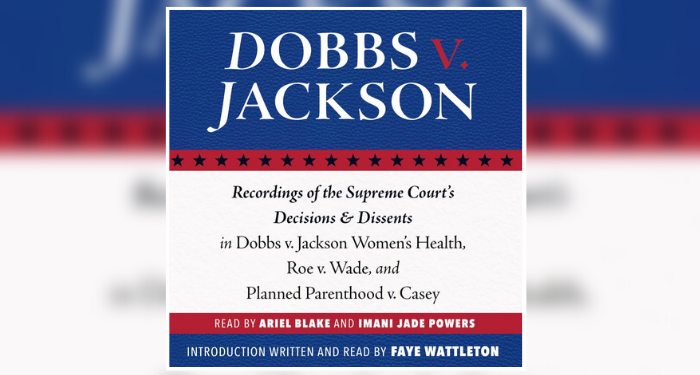 The recording includes readings of the justices’ opinions, an introduction by Faye Wattleton, the first Black woman elected president of Planned Parenthood, and is narrated by Ariel Blake and Imani Jade Powers. While the recording omits some legal references in efforts to be more accessible, a downloadable PDF is available as a complete reference.