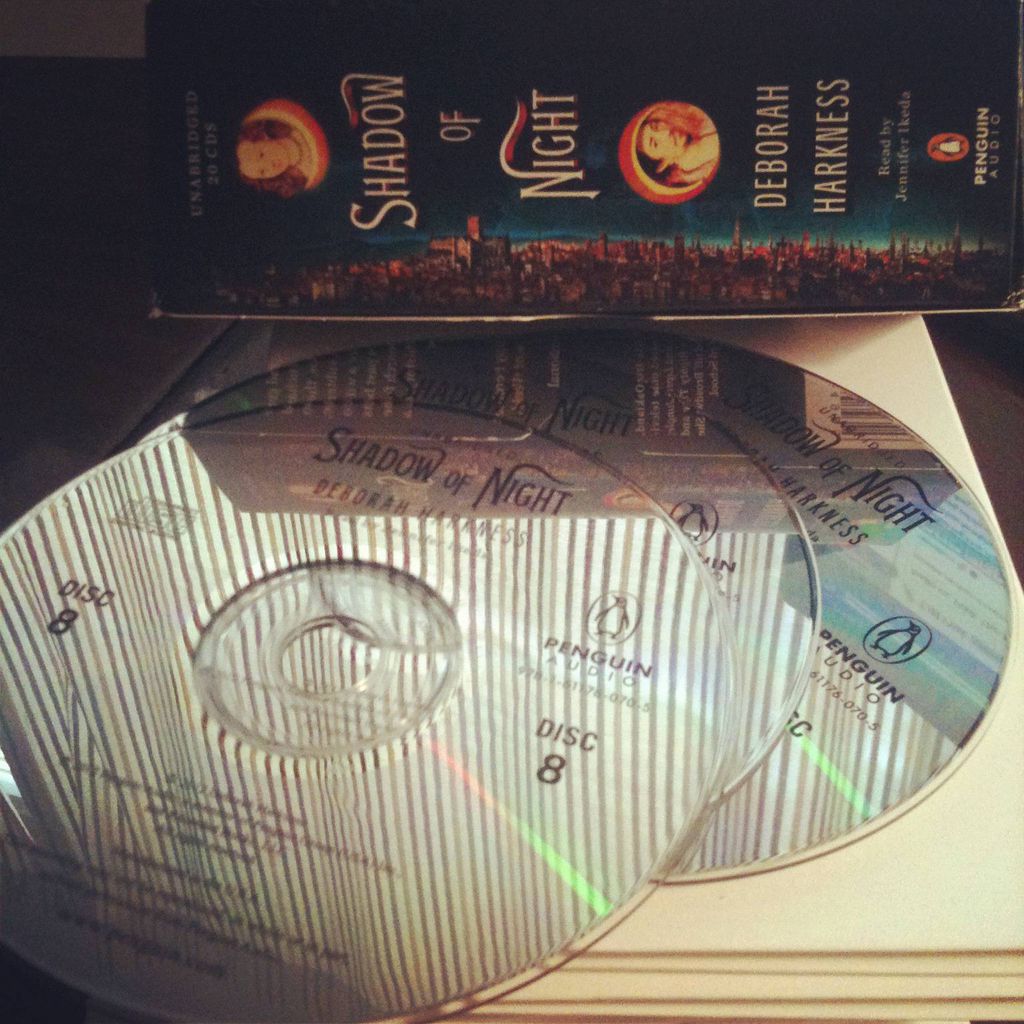 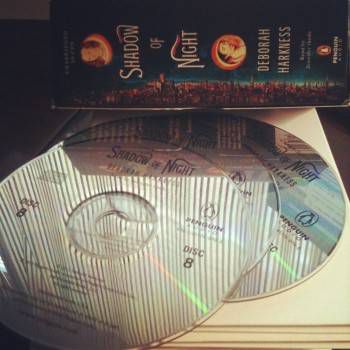 I only follow a very small handful of series. I wrote about three of them when I talked about my affinity for ditzy, bad-ass bitches. There are a few others that I’ve spent some time with, only to lose track.  The current trilogy trend is annoying because it is so prevalent, but there is definitely something to be said for a well-plotted series that runs its course in three neat volumes – even if they are a bit lengthy.

Last year, when I was just discovering audiobooks, I stumbled across A Discovery of Witches. Then, I saw audiobooks as a good way of catching up on those books that I missed out on when they first hit the shelves. Even though I paused when I saw how long it was, I decided to give it a shot. It was my first long listen, and I have to say that I rarely noticed just how long it was. Deborah Harkness spends a lot of time on description (she says that she had to cut nearly 300 pages from the original draft because of it), but the narrator, Jennifer Ikeda, made all the difference. She was very engaging, and she moved easily between the different characters and their various accents. I loved the story before it was all done, and I could not wait to see what would happen when Diana and Matthew put their feet down at the beginning of book two, Shadow of Night.

I had to wait a while to find out. Advanced copies of the second book started showing up in the spring, and I heard mention of it from time to time. I eagerly awaited the audio release, and when those discs showed up on my doorstep, I was so happy! Then I remembered just how tedious a task it is to rip all of those CDS (all 20 of them!) to my computer, download them, and then try to keep them all straight as I listen. I hesitated. An electronic version of the book became available, I loaded it on the Nook, and I hesitated some more.

As I’ve gotten a bit more familiar with the world of audiobooks, I’ve noticed that lots of the books that people listen to tend to be parts of series. I’ve also noticed that people have very different approaches to their listening. There are a few trends, though. First, many people, once they have started listening to a series on audio will only listen to the series on audio. Some may shift back and forth, but that does not seem to be as common, and I can guess that it has something to do with the voice in your head not sounding the same as the narrator’s voice. Others will change formats, grudgingly, if the series gets a new narrator. Again, I assume this is because of continuity. That was one of the things I was worried about. My other fear had to do with all that description.

I grew up surrounded by storytellers, professional and otherwise, and I found that I could listen to them describe the setting or the characters forever. I have considerably less patience when reading such descriptions in print, however. When books get wordy, I skim. I’m not sure why I can listen to what I won’t read, but that’s how it has been. Given the amount of description in A Discovery of Witches and how much I had enjoyed it, I was really, really worried that an attempt to read Shadow of Night in print would end badly. I was invested in the characters and their world too much, and so I waited.

The decision was made for me when I found myself sitting on a plane, unable to sleep, and desperate for something to read. Audio wasn’t an option, since I’m not in the habit of carrying around bulging audiobook boxes or CD players while traveling,  I picked up the Nook. Sure, there were other books on it that I could have read, but this was the book that kept catching my eye. I started to read, and I heard Ikeda’s voice in my head. I read through the descriptions because I could imagine that she was the one reading them. I spent the next couple of days devouring that book in between family meals and long conversations with relatives I hadn’t seen in years. I read every single page, never skipping a word. That is a rare occurrence.

The book is noticeably the work of a more mature writer, and I was quite impressed with the attention to detail. I found it very interesting when I attended her Tuesday night event at Houston’s Murder by the Book, and she told us about the real Matthew Roydon, a shadowy figure from Elizabeth’s England. She used the few details that are known about the man and built this storyline around his life. It was the perfect starting point, and the end result is quite an interesting story. I can easily see returning to that audiobook that I have sitting on my desk when I want to re-read the story in preparation for book three.

This time, the switch didn’t bother me, but I wonder if it would be the same for every series. I’m tempted to dive into a long one and see what happens, like The Dresden Files. Any other suggestions for a good series to follow in audio?