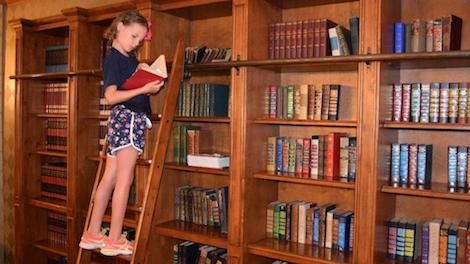 On a late-summer visit to West Baden Springs — after a hilly horseback ride through the grounds and an uneven meal at a local diner stocked with Larry Bird memorabilia — my family adjourned to the library to propel our thoughts into the future.

We had fun imagining far-off, faceless travelers stumbling across our notes and, perhaps, replying with some communiques for the next reader, whoever, whenever that may be.

This is fun, clever, and makes me want to visit.

Andover Bookstore turns 210-years-old this year, making it the oldest independent bookstore in the country.

Leonardo DiCaprio and Martin Scorsese’s Devil in the White City project is going from a film to a TV series.