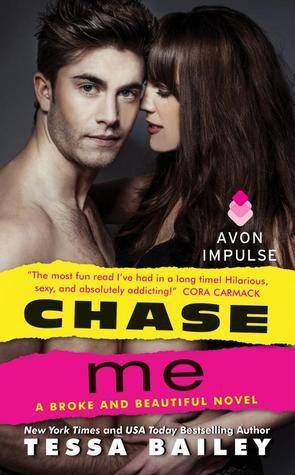 I’ve seen the vast reaches of space, I’ve visited a human-made base on the moon, I’ve lived among Vikings in the 11th century, and I’ve met a samurai at the end of the Edo era in Japan…all thanks to Makoto Yukimura.

Comics—and books, movies, television, STORIES—can take anyone where they want to go. That’s the old adage of you can go anywhere with stories, with the imagination in your head. But Yukimura takes the immersive feel of stories to a next level. He visited Iceland in February of 2003, a full two years and change before Vinland Saga went into publication by Kodansha’s Weekly Shonen Magazine. His seeming penchant for research shines through the pages of his second manga, the aforementioned Vinland Saga.

Vinland Saga is the story of a lot of things…Vikings, revenge, war, love…All through the eyes of teenage boy Thorfinn, Vinland Saga tells the story of his quest to seek vengeance against Askeladd, the leader of a band of mercenaries and the man who killed Thorfinn’s father, Thors. What is a seemingly simple story of vengeance and war becomes something much more in the flashback that starts at the end of chapter one. There, a younger Thorfinn is introduced, just 6 years old, and he idolizes his father. He wishes, like all kids of that time, to be a warrior so he can enter the gates of Valhalla. He asks, innocently, if it is only warriors that can enter…and, if that’s true, then can his mother and sister never enter? The philosophical musings of a child never cease to amaze.

His father holds a much different viewpoint on the glory and tragedies of war. He was once regarded as the strongest warrior ever to live, but he’s chosen a quiet farmer’s life instead of the daily grind of war. His daughter taught him that there is more to life than killing. That the glory of war isn’t worth the loss of life. That there is no enemy in this life, period, only people we choose to call “enemy.”

Vinland Saga does not mince words about war or the loss of life. It fights both literally and philosophically. Askeladd, a warrior and leader that holds his position strongly, scoffs at the loss of a few lives if victory can ultimately be achieved. Thors seeks a solution that doesn’t even include the battle.

Before Yukimura wrote his Viking epic, though, he cut his teeth on Planetes, published in Kodansha’s Weekly Morning. This is a space story of great proportions. It doesn’t hold the optimism that fellow Weekly Morning manga Space Brothers does, but it has the very same love for space. And the very same attention to detail that Vinland Saga does.

Planetes begins in 2074 and goes into 2077. Humanity has already colonized the stars we so enviously gaze upon now and people live there, work there, for a majority of their lives. Their problems aren’t the same ones we have; they have to worry about space radiation and bones deteriorating, but it’s a life worth living for those that love space.

This is where the love and research that Yukimura puts into his manga really shines through. In the pages of Vinland Saga, it’s the multiple page spreads that beautifully lay the scenery of the moment—Iceland of the 11th century. In Planetes, it’s the enthusiasm of the characters talking about space. It took me about half the time to read one tome of Vinland Saga than Planetes because of how talky it is.

Planetes is about one man, Hachirota Hoshino, who’s called Hachimaki or just Hachi, and his love for space, his love for exploration, and his journey from debris cleaner to being on the first crew to Jupiter. Because Hachimaki, like Yukimura, loves space. He even loves Vikings.

This is but a sample size of the beginnings of two of some of the best manga I’ve read ever. Makoto Yukimura puts his all into what he creates and his art, while already exceptional, gets even better when he switches Vinland Saga from Weekly Shonen Magazine to Monthly Afternoon. Makoto Yukimura isn’t someone just to check out, he’s someone to voraciously consume everything he creates, beg Kodansha for the rest of Vinland Saga, and wait in eager anticipation of the second and final volume of Dark Horse’s Planetes.