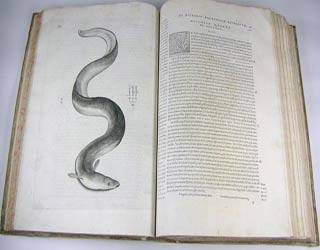 Astro City #16 is up for an Eisner Award this year. Why is this great news?

The story is called Wish I May, written by Kurt Busiek, art by Brent Eric Anderson, and it’s published by DC/Vertigo. Astro City has previously won 12 Eisner awards so to some extent there was a feeling of burnout when it was announced this year that it’s up for another. Astro City, again?! Look at it this way: Other comic books need to up their game, Astro City can’t help being this good. Why is Wish I May in particular up for an Eisner and why do I care so much about it? It’s complex, for personal reasons, and the issue takes some reading because it’s set in multiple time periods from two different perspectives. Before I get to why I think it matters I need to explain the story in depth, so spoiler alert for a comic that came out back in December 2014.

The plot is about two boys growing up in a town that’s a lot like Smallville. This is not a big shock, as #16 is a rejected Superman script that’s been converted. We focus on two protagonists: One is Chet Markham, a white rich all-action quarterback who is secretly Starbright. In and out of his superhero garbs he tries to do good. Chet once saved a schoolmate called Simon, who’s black, bright, and geeky, from vicious bullying. Unable to understand the good intentions due to prolonged bullying and internalised issues, Simon runs away, blaming Chet along with the others. Simon later becomes Starbright’s nemesis, the super-villain Simon-Says. That’s the setup shown back in the past.

Skipping forward slightly, we are in a time where Simon and Starbright have fought numerous times, yet because he is about to turn sixteen Simon-Says makes a deal with Starbright: 24 hours of helping solve crimes in return for Starbright bringing all the people who were once kind to Simon to his birthday party.

This is not something Simon can arrange himself given he’s a super villain. Starbright agrees. At the party we see a quiet and lonely Simon; at one point he’s talking to Rick, a guest in a wheelchair, and Simon, who is looking at his own reflection, says, “When you’re in in it, that’s all people see, right? They don’t understand, they never will. You see different, I see different…” The party ends, time skips forward, and Starbright is dead. Or rather the old Starbright is dead; a woman in the same uniform flies into frame and the talk is all about which name she’s going by today. The two people look a lot like Rick and Simon.

The narration continues from this time but the visuals jump again; another flashback shows how the old Starbright died in an explosion and how Simon was upset finding out it was Chet, who he’d incorrectly labelled as one of the bullies who had previously tormented him in school. He breaks down to Rick and says through internalised self-hatred “I thought Starbright had to be an outsider. Another freak, who could sympathize with the freaks. But it wasn’t like that. A straight white boy who saw hope for everyone got me to see – that maybe there was hope after all.” We’re shown Simon finally accepting whom he is, admitting to himself he’s transgender and going to counselling and starting HRT. Thanks to Starbright’s actions and encouragement to “Figure out who you are and be that.” Simon becomes Sarah.

Using years of research into the now dead Starbright’s powers, Sarah fixes Rick’s spine so he can walk again and uses the power to transform her body into how she thinks it should be, and in the process gains Starbright’s powers. Flipping to the present of the narration we’re back to Sarah and Rick talking about how Sarah’s just defeated a super villain. Sarah’s turned good, using Starbright’s powers to protect people. There’s a cute scene where Sarah asks Rick to move with her to Astro City, and a nice speech about transgender recognition when Sarah chooses a permanent new name that reflects how she wants to be seen: “But it’s not going to be Simone, it’s like saying the real me is just the old one with a cosmetic change.” A transition is never a cosmetic change; your entire life changes.

Rick insists that’s not what he meant, he was talking about her superhero name, and he convinces Sarah to take up Starbright’s name because that’s what Chet would have wanted. In just 24 pages this is the story of a male villain who becomes a female hero – positive transgender representation. It touches on internalised bullying, transphobia, race, gender and sexuality, societal expectations, what it means to be both good and bad. We’re shown someone who is struggling with gender issues, who faces up to them and gets counselling and hormone treatment even in a magical superhero universe. Sarah is relatable and at least somewhat grounded in what transgender people go through in the real world, despite the Starbright power transformation. I should know, I’m a transgender woman and I’ve been through those heart rending counselling sessions and I’ve been on HRT for nearly two years.

Astro City #16 is not perfect in how it deals with trans issues but it is close; I just wish Starbright’s powers hadn’t also changed her body; that’s too much of a short-cut for me. This is closest I’ve ever seen a comic get to handling trans issues right, and this is a single issue, not a mini series, a single issue! It’s amazing just how much Kurt Busiek managed to cram into this issue. Yep, it’s complex but it is so worth reading and re-reading until you get it all. The quality of writing here on an difficult and sensitive subject, something that Kurt has not directly experienced himself, is fantastic. If you ever wonder if Astro City is good the answer is a resounding yes. Does it deserve the Eisner for #16?

Absolutely. No-other comic has dedicated an entire issue to a male villain becoming a heroic woman, and no other comic has handled a transgender topic so well. See everyone, it can be done and done well. Stop fearing it and learn, Astro City #16 is a masterclass of modern superhero storytelling.