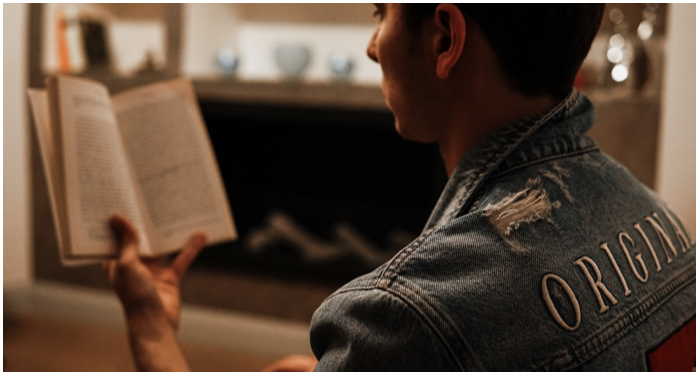 Aromantic. Asexual. Demisexual. Gray asexual. The vocabulary around ace identities is relatively new compared to other segments of the LGBTQIA+ movement. Perhaps it’s that “newness” that explains the frustrating dearth of asexual books—especially those written by asexual authors—compared to other queer representation.

While many of us may have known for years we fall somewhere on the asexual spectrum, others may just have found the term that describes the queerness they feel. Finding that identity is made more complicated by minimal—or worse, bad—ace representation in fiction. Ever read a book with a character who’s a sexless automaton? A character whose aloofness is played for a romantic punchline?

These eight books with asexual characters give voice to an often underserved and misunderstood portion of the queer audience, exploring and celebrating a variety of aro-ace identities. Most of them, too, are #OwnVoices stories carefully told by asexual authors. 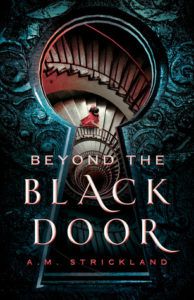 Beyond the Black Door by A.M. Strickland

This dark, twisty fantasy is an #OwnVoices story with a biromantic asexual main character (who’s more comfortable sharing one of those identities than the other). Kamai has the ability to visit other people’s souls as they sleep. Throughout her soulwalking, an ominous black door hovers. She never opens that door—until her mother is killed and curious grief drives her to disastrous consequences. Content warnings: attempted self-harm, emotional abuse. 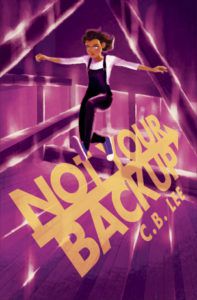 The third book in Lee’s Sidekick Squad series focuses on Emma Robledo, the Latinx mastermind of the resistance movement against a corrupt superhero league. Emma may not have superpowers, but she’s far from powerless. Each of these books is action-packed, but Emma’s installment has added depth with a main character struggling to figure out just where she fits on the aro-ace spectrum. 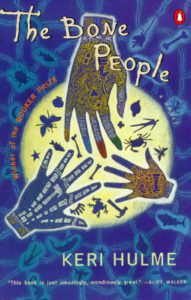 Asexual books are harder to come by in adult and literary fiction. That makes Hulme’s Booker Prize–winning 1984 novel all the more significant. Vocabulary for asexual books didn’t exist at the time, but the representation is laid out on the page. Kerewin Holmes is a reclusive artist, self-exiled in her New Zealand tower, until her solitary life is disrupted by the volatile Joe and his adoptive son Simon. Kerewin is both white and Maori, as well as asexual, all traits mirrored in the author herself. Content warnings: child abuse. 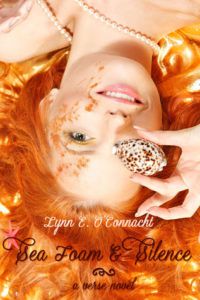 This #OwnVoices story is a retelling in verse of The Little Mermaid, featuring asexual and aromantic representation with its main characters. It’s an unusual little novel, but this ace love story makes far more sense than the original mute mermaid romance. If these upturned fairy tales are your cup of tea, check out The Ice Princess’s Fair Illusion, O’Connacht’s recently released sapphic and asexual retelling of King Thrushbeard. 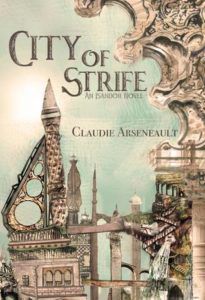 City of Strife by Claudie Arseneault

Arseneault is an aromantic and asexual writer whose entire catalog is full of ace and queer representation. (She maintains a database of aro and ace books!) But this first book in the City of Spires series is as good of a place to start as any. These high fantasy books set in the turbulent city of Isandor are as stuffed with queerness as they are with political intrigue. That queer representation includes an asexual aromantic character and a gray asexual character. Content warnings: abuse, racism. 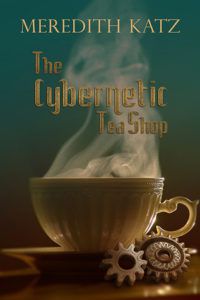 You know that trope of asexual characters as robots? This charming, quiet sci-fi novella tweaks that stereotype. Clara Gutierrez is a skilled AI programmer who identifies as asexual (though the word itself isn’t used explicitly). Sal is a fully sentient robot who’s run the titular tea shop for hundreds of years since her “master” died. The pair hits it off when Clara stops in. As the two learn more about each other, they naturally also learn more about themselves. 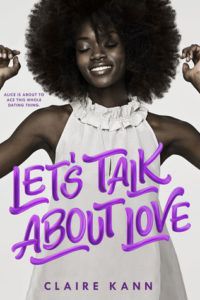 Coming-of-age stories pair well with characters coming to terms with their sexuality, just as college student Alice does in this swoony contemporary New Adult romance. Since her girlfriend broke up with her because of her asexuality, Alice has sworn off dating. But when Takumi starts working alongside her at the library, she finds herself falling for him. Lovely depiction of a biromantic asexual young Black woman. 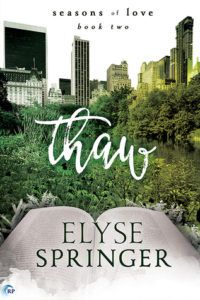 Thaw is the second book in Springer’s Seasons of Love series, but the stories stand alone and can be read in any order. Romance sparks between librarian Abigail and supermodel Gabrielle when they meet on the dance floor. But Abby secretly frets about whether admitting she’s asexual to Gabrielle will end whatever’s blooming between them. This is an ace-positive romance considerately plotted by an #OwnVoices author.

Want even more recommendations for asexual books? Check out these Book Riot lists of books with asexual characters and books written by asexual authors: