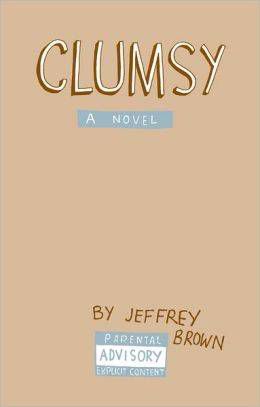 Earlier this week I discovered Empire of Blood from a brief blurb on The Comics Journal,  and saw it was a new project drawn by Enrique Alcatena. Alacatena is a killer artist, and I had just read the Hawkworld book he worked on, so I figured this was a sign that I should check this out. I had to do some digging to try to figure out what this book was but my research didn’t yield much. All I could find out was that Empire of Blood was a graphic novel that came out in India earlier this year and was being re-released in single issues by Graphic India and the story had a logline of: “What would India be like today if the sun had never set on the British empire?” Totally worth checking out.

Only a few pages into Issue #1, I realized I completely misjudged what I was getting myself into. Writer Arjun Raj Gaind opens the book with a bit of exposition. In this world, Britain doesn’t just rule India — they rule the world. And they did this with thanks to the mysterious Empress of Blood and an alchemical elixir dubbed “Aqua Vitae”. Totally normal, right?

Things get even weirder when we learn that part of the city is encased in protective domes,  the city gates are guarded by hulking steampunk goliaths and the streets are prowled at night by terrifying “Ripper Jacks,” ghastly figures who were plague masks and leach the blood of the city’s homeless population with their gloves.

Ok, so Empire of Blood wasn’t the alternative history fiction comic that I had expected. Shit was going to get real weird.

The meat of the story follows Tom Lawrence, a white English child of immense privilege living in India. Tom’s close friendship with his housekeeper’s daughter, an Indian girl named Leela, is becoming an issue for Tom’s father, as Tom begins questioning their way of life. The gap between the luxurious living of the English and the dystopian conditions of the Indian slums is vast and it’s causing Tom’s foundation to crumble. The stirring of rebellion building throughout the city make it clear to Tom that something needs to change and soon.

Empire of Blood interestingly uses surreal satire to deal with some heavy questions involving racism, imperialism, classism, addiction, and ghettoization. Gaind deals with these topics in a tasteful, sophisticated approach which was neither heavy handed nor diminishing. I’m interested in exploring his views as this mini-series further develops.

Alcatena’s intricate artwork is absolutely stunning, as was expected. I could stare at his immensely detailed panels for hours. His panel to panel storytelling displays an uncanny mastery of the craft. Even the color palette used is something to be noted — It’s mostly muted blacks, grays and browns with pops of red in all the right places, which adds a super eerie feel to the book.

I have to disclose that I’ve already read the next issue in the series, so I can say that the book gets even better and even weirder. If you’re looking for something off the beaten path, Empire of Blood is a great book to check out.