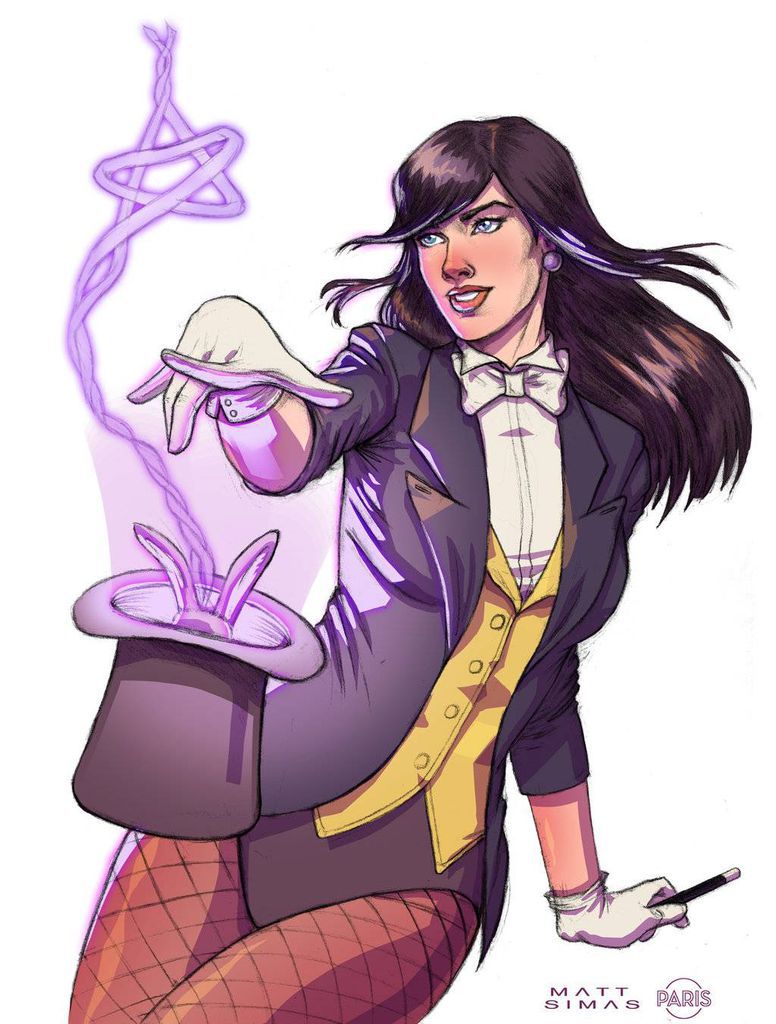 If you like looking at pretty art, you’ve come to the right column. I’m a believer in appreciating the fantastic hard work of skilled people around the globe, and to kick off the magical beginnings of Panels, I picked out a magical character for our first character spotlight.

Zatanna Zatara was created in 1964 by Gardner Fox and Murphy Anderson. She’s got magical powers and can cast spells, and her incantations generally involve speaking backwards. She can’t work her magic when she’s unable to speak, and like Aladdin’s Genie, she can’t bring people back from the dead. But in all other respects she is pretty much one of the baddest (and by baddest, I mean she’s a bad-ass, not a baddie) ladies in DC’s stable. When words fail her, she’ll punch her opponents in the face..

And now, on to the beautiful art:

ZATANNA by Aaron Naluz, who has even more fantastic Zatanna art (and other great stuff) in his DeviantArt gallery.

This lovely piece is a collab between Matt Simas and Paris Alleyne, who came on for colors. Both Matt and Paris have more comics-related work worth looking at in their respective DeviantArt galleries.

Oh yes, there will be a bit of cosplay in this column, because both crafting costumes and taking great pictures of people wearing them are art. This lovely photograph portrays Fran Constantine who is posing for Elkhan Art & Photography. See more shots from this photo shoot over on Facebook.

And custom toys, because toys are awesome. Behold a customized Minimate by Luke Porter.

Another cute Zatanna Zatara by Beatriz Romero. This piece looks like it belongs in a shoujo manga.

Bonus photo of cosplayer Daisy, shot by STeam-UP Studio photographer Riccardo Tropea. I love everything about this picture.

Feel free to share links to more awesome Zatanna-related art, fan-created or otherwise, down in the comments! If you have any particular character spotlight requests, I’d like to hear those, too.