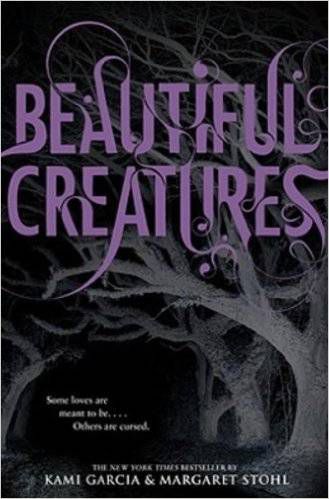 It’s hard for me to look at DC Universe: Rebirth objectively. The DC Universe is home to my favorite heroes, my favorite superhero team, my favorite character relationships and some of my favorite comics of all time. So I bring a lot of baggage to any universe realigning event the company publishes. I was disappointed to see a lot of my favorite iterations of characters go with the launch of the New 52 back in 2011. But I embraced that change. I think it’s fair to say the New 52 was a mixed bag at best, and I find myself in 2016 reading far less of DC’s books and finding the characters I like better reflected in Greg Berlanti’s TV shows than in the four color pages. There were always gems in the New 52 – Batman, the Burnside Batgirl, Prez, Gotham Academy, a few others – but I’d be lying if I said I didn’t long for the pre-Flashpoint DCU. Call it nostalgia, call it the entitlement of the long haul fan, but so it goes. When DC announced Rebirth a few months back, I approached it with a very cautious optimism. “I want to like you, don’t fuck it up,” if you will.

Spoilers for the issue appeared online early Saturday morning. And I admit that I peeked. I was amused and bemused by what I read. But I promised myself not to offer any judgements until I read the actual comic, because hastily summarized spoilers might not be the clearest indicator of what’s going on.

Rebirth focuses on the return of Wally West (one time bearer of the mantle of Flash) to the DC Universe. Wally was one of the characters written out existence by the New 52, and perhaps the character most requested by fans to return. Since the universe shattering events of Flashpoint, Wally has been stuck in the Speed Force – the metaphysical embodiment of speed that powers all Speedsters in the DCU – and he’s slowly becoming one with it. Able to exploit a crack in time, Wally can communicate with the world for the first time since his disappearance. Only, no one remembers him. From Batman to Johnny Thunder to Linda Park, Wally struggles to find someone, anyone who can remember him, anyone who can pull him back into the world. Along the way, Wally tells the reader about a force operating outside of the DCU that has stolen 10 years from the heroes. A force that has broken their friendships, altered their memories and introduced darkness into their world. Because of this interference, Wally can’t find a tether in this world. He’s resigned to his fate, lost in the speed force, until he’s drawn to his uncle Barry, The Flash, and a chance at a return, at a rebirth, is given.

At one time, Geoff Johns was my favorite writer in superhero comics. From his run writing Wally West as The Flash, to his revitalization of Green Lantern, to the JSA, I loved his work. But over time, I drifted away, finding his newer work less enjoyable and more grim. The Geoff Johns writing this issue, though, is the Geoff Johns I remember. The voice of Wally, the pain of his loss, the connections he makes with Bruce, Barry and Linda feel so real. Those character beats are shine in this issue. The conceit of using Wally as the key to “unlock” the pre-New 52 DCU is also very much inline with his previous work. But this issue is also very much “peak Johns” in that it contains all the good things he’s known for, but it also hangs onto many of his vices. It’s exposition heavy and relies on characterizations and events from 5 years ago without much context. Great character beats sit next to paragraphs of “Actually, the reason we’re all younger is that someone stole time. And the Teen Titans existed before the Teen Titans existed.” In that sense, the writing can feel like a chore to get through. But there is character in there. Yes, it’s an event. One aimed primarily at lapsed readers and it’s coded in “Look, see here’s this thing you’ll remember from 9 years ago.” I can look past all of that for the simple moment of Barry and Wally coming together. Of Ted Kord’s goofy and enthusiastic response to the word “magic.” Of Ryan Choi’s call to adventure.

Johns called upon a cadre of his his best art collaborators for this book. Gary Frank’s pencils take center stage, with his square jawed heroes, expressive eyes and strong lines. He draws the lion share of the book and sets much of tone. Indeed, he’s listed as an inker for his own work and many of the others pages. But Ethan Van Sciver, Phil Jimenez and Ivan Reis have equal footing with Frank throughout the issue. Their distinctive styles blend pretty effortlessly. You’re aware it’s different artists, but they don’t conflict, don’t step on each other. The visual language of the book relies very much on homaging previous work across DC. This is both a signal to readers, but also a form of short hand. It tells as much as an editors note. Several sequences are cribbed directly from Watchmen, covers to various comics and repeated tropes appear every few pages. A particular sequence, in which Wally West is positioned like the ghost of his uncle Barry in Crisis on Infinite Earths is particularly compelling, with or without the prior knowledge. In a way, it’s a great example of what can be done with art, how much can be conveyed. But it can also be alienating, especially if you don’t have the framework to know what’s an homage or a wink to history.

Rebirth is not so much a start as it is an ending. It’s the clarion call to lapsed fans to come back into the fold. It’s Geoff Johns saying “We brought back Wally because you asked.” This issue tells us about how the New 52 ends. And it ends, not by being wiped away or ending completely, but by having elements blended back in. The Justice Society will be back eventually, Wally West is back – despite another Wally West having been introduced two years ago*. Readers are told friendships and romances that were torn asunder by the New 52 will return. But we’re not shown a lot. The book is basically exposition, telling us how the New 52 came to be. While it hints at new directions, it’s not a jumping on point. That appears to be the purpose of the Rebirth: Batmans and Supermans over the next month to take care of. But it’s a compromised goal. Rebirth #1 is going to have more eyes on it then any of those individual titles. New fans are going to read this issue before the others. And this is a dense read that screams confusion at best for new readers, “pass this test before you can take the ride” at worst.

* The two Wallys situation will continue to be an awkward and problematic aspect of Rebirth. New 52 Wally is a young black man who is surrendering his primacy as a character to the original, white Wally. The issue takes great pains to explain that they are cousins and they are both named after a shared relative. Old Wally tells us he’s super happy for new Wally’s role as Kid Flash. But the virtual replacement of a black character with a white character is something we should be beyond.

And that’s the real shame of it. There’s a version of this that can be for everyone. You can have continuity, you can have the legacies and still be open. This book is not that.  At the same time, I can’t escape the feeling that if I was handed this book in 2001 when I started reading comics regularly, I’d be poring over it for weeks. Trying to figure out what I’m supposed to know, what I will know, what I’ll never know. There’s something about the book that appeals to me, appeals to the kid in me who was in awe of any comic that had more than the title character in it. I understand how in every way this comic is emblematic of the ills of the medium and the fans who make it harder to start reading, but I still got a sense of fun from it, of enjoyment. And that’s a quandary that’s going to haunt much of the Rebirth line.

The major reveal of the book, the one that’s especially drawn headlines, is the revelation that the Watchmen universe has now intersected with the DC Universe proper. Dr. Manhattan is the reason why the New 52 happened, he stole the history from the DCU, he stole the legacies, he stole the friendships and the fun. It’s a pretty heavy metaphor about the place of Watchmen in today’s popular culture and its effect on comics – especially DC’s comics – 30 years on. Indeed, Johns rather firmly lays the ills of modern grim dark superhero comics at the feet of Alan Moore. It’s a tall order, especially given that DC is simultaneously publishing new Frank Miller work, someone with an equal share of that blame. However, it’s perhaps not undeserved. Watchmen has shaped the nature of comics. We expect seriousness, we expect introspection now. But it’s neither an accurate read of the past 10 years of comics – five of which had Geoff Johns as the creative lead – nor does it fully absolve DC of their mistakes. But Moore’s not the only one whose darkening of the DCU is called out. Johns more or less recreates a scene from Batman v Superman, where this time Wally West appears to Batman to ask him for help, to ask him to remember a friend. It stands in stark contrast to the contextless scene from the film where Ezra Miller screams in pain at Ben Affleck about impending doom.

Rebirth is not a starting point. It’s something else. It gets in its own way, it’s well meaning but messy. But I found myself liking it a lot, despite its flaws. If it follows through on its promise of brining back optimism and hope to the DCU/New 52/Rebirth-verse, then it will have been worth it – Rebirthing pains and all. If it breaks those promises… well… I don’t know what will become of DC.