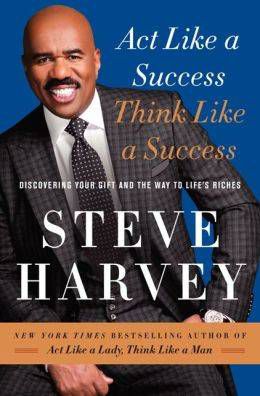 Batgirl #38 came out last week. The first Batgirl issue of 2015, #38 works as the first of the two part ending for this first story arc of writers Cameron Stewart and Brenden Fletcher with Babs Tarr on art. Because it’s essentially a two-parter, the pace is slower than in the three previous issues and my god, it’s better for it. Not only do we still get more details of the story highlighted (some of which are big clues into the mystery of who’s been doing this) but we also get a few more beats each scene. That alone lets the story breathe. More than that, spreading out the story let us have more panels that are just Barbara’s reactions, which is definitely needed more in this book if we’re going to get to know Barbara without an inner monologue as narrative. For these technical elements alone, this is a major step up from the last issue.

Of course, there were other parts of the last issue that had problems. In case you didn’t hear about it last month, Batgirl #37 disappointed a lot of people with a villain that had transphobic themes to both his personification and other characters’ reaction to him. The writers of the book have said those tones were unintentional and I believe them, but the hurt that the issue caused trans fans of the book was very real. It was hearing the concerns of those trans readers that made me reread that issue and see where they were coming from. I highly recommend reading these pieces for insight from trans comic fans on the issue.

I heard some people wonder if the next issue would acknowledge the problems of the last one. I doubted it simply because the script was completed months ago. However, I did find something interesting happening. While I don’t think this was intentional, there was a definite element of art imitating life in this issue — namely, Burnside’s reaction to Barbara messing up and comic fans’ reaction to the creative team’s mistake.

But before we get into the comparison, let’s talk about the issue itself. The main aspect of #38 is consequences — namely, consequences for Batgirl. Because while she’s been helping people and gaining the trust and affection of Burnside residents, Barbara gets to hear some harsh words from her new beau Liam about Batgirl’s methods. Liam (who is unaware of Barbara’s secret life) compares Batgirl to Jordan Barberi, a local reality star who recklessly drag races and has put an innocent bystander in the hospital for it.

Because she’s stubborn, it only takes Liam’s disapproval of Batgirl and a talk with Nadimah about how shitty Barberi is for Barbara to decide she’ll take the guy down herself, partially because that’s what she does and partially to prove she’s one of the good guys. If you think this sounds like a terrible idea, that’s because it was. Jordan (whose full name is a not so subtle reverse of Barb’s own name) leaves the bar goads her into following him, saying, “You catch me, you can cuff me.”

What follows is a four page chase scene (again, the two part element of this issue let us have time for this long of a scene and I love that) and while Barbara sees this as business as usual, just taking down a perp, the police and the public see it as her racing him, nearly running over several pedestrians and ending in Barberi crashing into a local business. She narrowly escapes getting arrested by Liam, but learns the next day that not only were people nearly hurt, but the business they crashed into was a beloved decades old coffee shop that will most likely need to close thanks to the damage. Barbara pulls up social media and sees her fans disappointed and questioning her motives. The guilt Barbara feels is all over her face.

This is where I started thinking of art imitating life. Neither Barbara nor the creative team meant to cause the damage they did — Barbara’s crime fighting in Burnside has come from wanting to help her new home and the creative team have said from the day they were announced for the book that they were going to include lots of LGBT representation (which they have). Both Burnside residents and the LGBT (especially the T) fans of the book felt frustrated and even a bit betrayed by what they saw as carelessness.

That panel showing Burnside tweeting about Batgirl reads like a lot of the responses I saw online to issue 37. Frankly I’m surprised to see some reviews calling this issue the exploration of the fickleness of social media since the majority of the tweets Barbara reads aren’t wrong — she messed up and messed up bad (except maybe the last two on the panel, which from their usernames were clearly fans of the reality star). The one that got me the most was “Was gonna cosplay #batgirl but” because I had a acquaintance who is a trans woman tell me in the last month that she still wants to support the book but she has to take some time away from it. #37 hurt her that badly and it’ll take a while for her to trust the creative team again.

At the time of me writing this, the Batgirl writing team has started working towards gaining back that trust. Within a week of the issue and the responses coming out, they sent out an apology, stressing that they messed up, that their intentions for that particular character didn’t change that they hurt the trans community and that they’re adamant about learning from this mistake and listening to their LGBT readers. While the future will show how firm they are to that promise, it’s a good start. Going back to the “art” part of art imitating life, I’m interested to see what Barbara does next issue. Now that she knows she’s messed up, will she work to gain back Burnside’s trust?