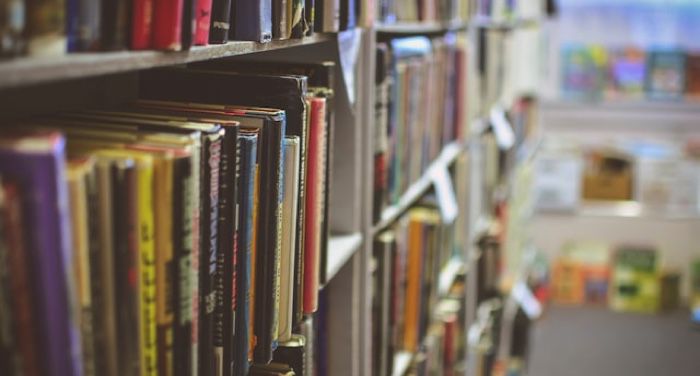 “We have all seen where these far-left thinking groups are going and taking our country. It will continue to get worse if we ALL don’t support each other and take a stand against what we know is wrong, honor God, and take a stand for our children and future generations. I thank you for your time in reading this and ask you to seek God for His guidance. There is only so much we can do at the federal level but if we all stand together to defend our own communities, then we will make a difference. God bless.”

Thus concludes an eight-page timeline from Gina Reno Woodlee, a resident of Arlington, Texas. Woodlee, who calls herself a conservative, devout Christian, and an activist–and whose Facebook profile pushes things such as the “Christians Engaged” platform (“We are to be “Biblical”, not “political” and engage in our cities, ensuring all leaders are like minded and like spirited, aligning to our biblical values”) and actions instigated by Mass Resistance (a Southern Poverty Law Center designated hate group)–has been reeling over actions taken by the Arlington Public Library over the last few years.

Having a Pride book display in the children’s and teen areas of the public library during June.

Arlington, Texas lies between Dallas and Fort Worth and boasts a population of nearly 400,000. It is the 50th most populated city in the United States and the largest city in the state of Texas that is not a county seat. Arlington is in Tarrant County, which has been a reliably conservative county; 2020, however, the county handed its first victory to a democratic president since Lyndon B. Johnson in 1964. Just two years earlier, the county elected Beto O’Rourke over Ted Cruz for Senate. Though it has stood as the most populated conservative counties in the country, the landscape has been shifting.

The Arlington Public Library (APL) has seven locations. This includes one downtown location, alongside six branch locations spread across the city.

Like most public libraries, creating book displays are part of what library workers do. These displays highlight local interests, share materials from the collection which might be overlooked or that patrons may not know about, and educate community members about people, groups, and cultures of note. They are frequently timed with the seasons, as queries about certain topics go hand-in-hand with the calendar: readers want books about fall when the seasons change and are excited to pick up romances in February. Library workers anticipate these needs and create displays to be proactive in showcasing what is available.

In 2020 and 2021, the City of Arlington’s former mayor Jeff Williams declared June as Pride Month, issuing proclamations that showed the city’s movement toward better inclusivity. Such proclamations are vital for community members to feel welcome and for actual change to happen on the ground–Arlington has voted in anti-discrimination in housing ordinances, installed LGBTQ+ liaison positions for municipal employees, and more. The city’s Municipality Equality Index, given by the Human Rights Council, score increased to 100 from 63 in late 2020.

None of this came without pushback, which began to hit fever pitch in May 2022.

The above clip from a May 24, 2022 city council meeting shows one of the numerous dedicated anti-LGBTQ+ speakers who have made themselves a staple at these and city library board meetings since spring. This is Jonathan Shelley, Pastor of the Stedfast Baptist Church, a religious institution deemed an LGBTQ+ hate group by the Southern Poverty Law Center (SPLC). Shelley is not an Arlington resident, nor is his church in Arlington.

Woodlee called for her contingent of right-wing activists to show up at the May City Council meeting, and they did. In addition to several members of the Stedfast congregation showing up to speak against Pride and book displays, Woodlee reported during her time at the mic that her representative, Raul Gonzalez, was sympathetic to her and agreed these displays were not appropriate (whether or not this is true is hard to verify, as that correspondence is not included in her lengthy timeline, shared below). One commenter, Darrell Montgomery, said it was time to get rid of the displays because children’s books “shouldn’t be used for adult agendas.“

It is crucial to state that, despite the loud minority voices at the May meeting, most of those who showed up to speak were in favor of Pride, the declaration of Pride Month, and all of its related festivities, including book displays.

Once Woodlee’s request to her friends and colleagues was sent, imploring them to show up to the May City Council meeting, Norma Zuniga, Director of the APL, asked her staff what the plans were for book displays. Display cases at the branch libraries would be Juneteenth focused, while most libraries said they had plans for small Pride displays in their children’s/teen sections.

There was, however, disagreement between what was reported at the downtown branch–”DT – Teens – display; DT – Children’s – We thought we would have a little mini display in children’s with a few books set out on the cabinets under the TVs,” per an email at 5:08 p.m. May 10, from Stacy Garcia, APL’s Administrator and what Ivonne Kieffer, APL’s Administrator of Operations and Facility Management reports at 5:24 pm the same day, “If you are asking specifically to Gay Pride Children’s and Teens displays we are not displaying it at DWTN. We are staying neutral until we get request/feedback that they want it.”

Kieffer’s email continues by noting that, “The library’s feedback/surveys is one major component we use to consider our development of programs, services and everything we do. We also align ourselves to other city priorities and initiatives to determine what we do. As of now, I have not received anything. If Stacy has received anything I would like to look into it. Btw, the Unity Council Report has several Focus Areas and Recommendations and we align ourselves with that. The report has an LGBTQ feedback page (4 comments), but it’s general to living in Arlington. Nothing specific to offering programs, services,..etc. I have charged my staff if they happen to get comments, surveys, or any type of feedback on this topic to please send it to me. That will be very helpful to have to later on have something to show WHY we decided to do it or offer it.”

It is unclear whether the downtown library had Pride displays this year, but several other branches had them planned.

So why now, six months later, is talking about the spring meetings at Arlington City Council and the Library Board important? Because the battle over who does–and does not–get to be represented in the library is still at stake.

A Reddit post in September highlighted the ongoing efforts by several different groups across Arlington to get LGBTQ+ book displays removed from the APL. The person who wrote the post added more context throughout the thread, suggesting that several pastors of local churches were planning to meet with library administration.

And it turns out, indeed, they did.

Among those who met with Zuniga to discuss queer materials in the libraries included Gary Hutchison with Grace Community Church (which preaches and practices anti-LGBTQ faith). Hutchinson and the others in attendance at the meeting–their identities are not known, but could be assumed from watching the May City Council meeting–suggested these books are damaging to the mental health of children.

The APL staff has been working to build a display policy in the wake of the complaints from summer 2021, and in meeting behind closed doors with several religious entities, it has created an aura of suspicion about where and how private individuals are having a say in the policies impacting a public institution.

A draft policy proposal for displays went to library advisory board members in early October for consideration. The policy would have restricted Pride displays to the adult areas within libraries only and topic displays with “a possible age-specific sensitivity or concern will be limited to the adult areas,” according to the Shorthorn. In other words, no displays of LGBTQ+ materials would be allowed in the children’s or teen sections of the library. Woodlee and others were in attendance at the meeting, making their position loud and clear.

The board made no decision on the new policy, tabling it in favor of seeking more public input on it. Chair of the board Catherine Serna-Horn suggested it would led to quiet censorship.

In addition to the regular talking points about LGBTQ+ books being harmful and being used for “grooming,” attendees at the meeting began circulating images from the book The Pervert by Michelle Perez. This led Serna-Horn to ask for pornographic and explicit books be discussed alongside the display policy at the next meeting.

As of yet, there is no public survey posted about the display policy. The draft policy has also not been shared or archived on the city’s website for the library council.

Note that library advisory board meetings, unlike those for the City Council, are not recorded and minutes and agendas are not readily accessible on the city or library website.

What does all of this mean?

I filed a Freedom of Information Request after being alerted to the Reddit post. The request yielded dozens of pages of documents, primarily responses to and from Woodlee’s call to action in May. There are several gaps in correspondence, and, perhaps most noteworthy, there is a difference in tone between the library staff creating book displays and those in administration.

As noted above, downtown libraries planned two Pride displays for this June. One would be in children’s and one in teen. That was quickly followed up with an email from Kieffer, APL’s Administrator of Operations and Facility Management, who said they were taking a stance of neutrality and not proceeding with those displays.

Apparently, research on the value of and purpose behind Pride displays is information that isn’t worth sharing with the director of libraries and that same director is “bombarded with other things.”

Something is not adding up, between what appears to be quiet censorship of planned displays, secret meetings with religious leaders (and it should be emphasized that churches in Texas are not tax-paying entities), and a list of over 430 book titles shared between Daniel Bull, Library Services Manager for Cataloging and Acquisitions, and Zuniga on April 21, 2022. The list, simply titled “BibliographicRecordsSet_Challenged_TitlesOnly” and available to look at here, comes with little context or explanation. The titles listed include their locations, and the titles on this list are those found on Matt Kraus’s book banning list from November.

Are these the same titles being challenged by the groups pushing for display bans? Are they related to the Kraus list? Are they something all together different?

Public libraries have a responsibility to their communities. This includes meeting the needs of the entire community and it means being transparent. By backing down from annual Pride displays at the voice of a few bigoted individuals–many of whom invoke violent language and dangerously partisan rhetoric about queer people, queer bodies, and queer lives–the Arlington Public Library is failing to fulfill its basic purpose for the city.

There is no neutrality in public librarianship.