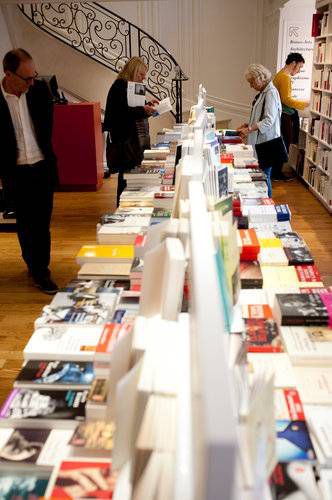 Last week The New York Times reported that French bookstores are doing exceedingly better than their British and American counterparts. Is it because French people love the printed word more than their English speaking friends? Most likely not  – though it’s possible. What they have done is make it illegal for booksellers of any kind (here’s looking at you, Amazon) to discount books more than five percent below the publisher’s list price. Here’s the catch… this law only applies to French language books (which explains why English language bookstores in France are still caving and having to close their doors).

Last year, French publishers were successful in fixing the prices for ebooks as well; they (as publishers), not the sellers, determine the price of the ebooks, keeping printed book sales from dropping as dramatically as they have in the United States.

Along with these two laws set in place, French bookstore owners also have the advantage of being able to apply to government-financed institutions for grants and interest-free loans. A concept that is not only unlikely in the United States but which would outrage millions of people.

Do the French have more reverence for the printed word than Americans? Do they understand the importance of art in culture more than we do? And what, if anything, does this ideal say about our values in each country?