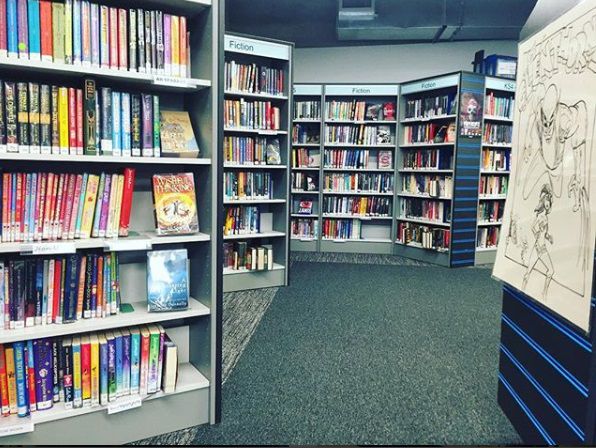 The High School Library I manage recently held a debate. This was organised by a 15-year-old student and involved students ages 11–16.

They wanted to debate the topic: “Teens are Accurately Represented in YA Literature.”

Yes, I’m aware awe had a lot of pre-teens taking part in the debate. However, they are often the ones reading the YA books and debating them with me or other students anyway.

I loved helping to organise this debate. I highly recommend it for anyone interested in bringing a positive, boisterous, and interesting event to their Library.

The students representing the proposition felt that sheer numbers were on their side. They stated that the YA market is flooded with contemporary novels so it would be impossible for a student not to find a book that represented them in some way.

The proposition also made the argument that YA authors are typically young and can easily recall what it was like to be a teenager. 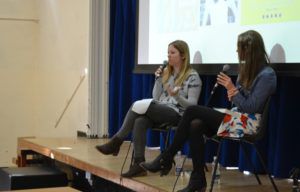 To that point, the Library recently hosted two great YA authors, Holly Bourne and Sara Barnard. They had the room in tears recounting embarrassing teenage moments. In addition, their books dig deep into relationships and anxieties that many teens face on a daily basis.

The opposition countered this argument by stating that society and technology has changed so rapidly that it is very hard for YA authors to accurately reflect what teens are experiencing on a social level.

The opposition went on to argue that modern problems that teens face aren’t discussed. This was fiercely denied by the proposition. 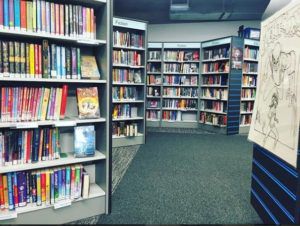 You only have to look at books written by Jason Reynolds, Kwame Alexander, Sarah Crossan and Susin Nielsen, to name very, very few, to find characters dealing with loss, anxiety, trauma, OCD, and myriad other issues.

Questions from the floor ranged from “Does YA fuel sexism?” (No, according to the students) to “Does YA tackle mental illness accurately?” (Not enough, was the consensus).

In the end, with a vote of 10-5, the floor decided that YA books do not accurately reflect the teens that read them. My opinion is that it’s hard for anyone to truly find themselves in a book. The point of books is to often find an escape from yourself.

On the flipside of that, when you do see yourself in a character, it can be heart-warming, cutting, and uncomfortable all at the same time. However, if it creates a conversation or takes you out of your comfort zone for a few minutes, there’s nothing wrong with that.

I’m very proud of our students and how they carried out the debate in a responsible and respectful manner.

I’d be very interested in hearing what other readers’ opinions are on this topic!