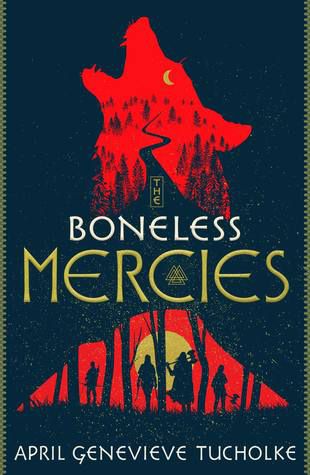 The Boneless Mercies by April Genevieve Tucholke is a feminist retelling of the Beowulf saga, but it’s much more than that. It’s an epic YA fantasy with truly horrifying villains, a team of friends trying to make something of themselves and a damn good adventure story. 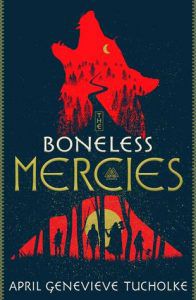 Four young women are the Boneless Mercies, a band of friends who perform mercy killings around the land. Then, one evening they hear a tale about a savage monster that is ravaging nearby villages. They decide to take up the challenge and set out to the destroy the beast.

Things rarely go as they are planned, however, and The Mercies find themselves in one deadly trap after another.

I was very fortunate to sit down with April to discuss this gritty, dark YA epic fantasy.

Lucas Maxwell: I’m sure this is the question you get the most so I apologise for being unoriginal, but what prompted you to write a fantasy adventure based on Beowulf with female lead characters?

April Genevieve Tucholke: I’ve been a fan of the fantasy genre for years—it is probably my first love, fictionally speaking. And when I set out to write my first fantasy I knew that I wanted to focus on the friendship and love shared between of a group of young women warriors. I couldn’t remember having seen this in other novels, and when an author realizes this, they have to do something about it.

Beowulf—I’ve always admired this epic tale. Stories have power, and this story has been around longer than most. It has everything a great story needs, a hero, a monster, glory, tragedy, poetry. It begins and ends with a death. I tried to weave all these elements into The Boneless Mercies.

LM: The idea of the Boneless Mercies, a travelling band of mercy killers is something I’d never come across before in fiction. Did these types of groups actually exist? Did you come across these kinds of groups in any kind of research you carried out?

AGT: No, I’ve not come across the concept of mercy killers before, in fantasy or in history. I suppose the closest real-life equivalent is physician-assisted suicide. As such, I was careful to ground the Mercies in a world that would support their existence. 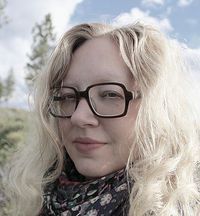 LM: When I was young I became hooked on fantasy through The Hobbit and then through Dungeons & Dragons & the Forgotten Realms series. What were the fantasy novels that you really sunk your teeth into?

AGT: Dungeons & Dragons! Have you taken any of the online alignment tests? (Tell me yours and I’ll tell you mine.)

I loved all the classic fantasies when I was younger—The Chronicles of Narnia, Sabriel by Garth Nix, The Golden Compass. I read George R.R. Martin’s A Game of Thrones when it was first published, way back in ’96. I fell so head over heels that I emailed Martin and bugged him with a bunch of questions…and he took the time to answer me. What a classy guy.

LM: In the epic story, Beowulf refuses to use weapons against Grendel because he sees himself as the beasts’ equal. In The Boneless Mercies, Frey always holds a deep respect for her enemies and chooses her weapons wisely. Was this this a conscious effort to make the protagonist more humble than the original hero or did it evolve over time?

AGT: Hmm, this is difficult to answer without giving away spoilers. I’ll simply say that I followed my instincts when writing, and it led me down a good path, I think.

LM: I found the Cut-Queen and her followers especially disturbing. Without spoiling anything for the readers, is it an accurate depiction to call her a cult-like leader? Why did you choose her to take part in self-flagellation?

AGT: Cult-like? Yes. Though I’d say the Cut-Queen uses witch-magic to acquire followers as much as she uses charisma.I included the self-flagellation element because I personally found the idea really terrifying.

LM: There has been a lot of debate as to whether Beowulf should be interpreted as a religious or political text or simply an amazing poem. Were you aiming for similar interpretations with The Boneless Mercies?

AGT: To be honest I haven’t read much academic debate on Beowulf—I’m more drawn to the simple concept of an epic story with heroes & swords & monsters. So I guess I’d go with “amazing poem.”

LM: As a school librarian, I’m forever trying to ensure that the diverse readers I serve see themselves in the novels they read. When you were in school, did you see yourself in any novels you read and what impact did they have on you if so?

AGT: I read many, many books as a kid, all kinds, all genres, and I saw myself in every main character. I was Bilbo, I was Mrs. Frisby in Mrs. Frisby and the rats of NIMH, I was Wilbur in Charlotte’s Web, I was Laura Ingalls, I was Billy in Where the Red Fern Grows, I was Karana in Island of the Blue Dolphins…I have lived many lives, through reading.

The only characters I didn’t relate to were the boys in baseball books—these were the only kinds of books I wouldn’t read. I found baseball boring.

LM: What are you hoping readers will take away from The Boneless Mercies?

AGT: A joyful feeling of triumph and possibility, and a comforting glow of profound female friendship.

LM: The yew tree has long been associated with rebirth, immortality and transformation for thousands of years. Why did you decide to add the yew tree to the story? Had it been included in previous stories you’ve read and enjoyed?

AGT: I’ve long been fascinated with yew trees. I lived in Scotland for a while and yews were always lurking near ruined castles and ruined monasteries and overgrown cemeteries. I used to gather the bright red yew berries and store them in my pockets. I learned later that yews are incredibly poisonous—the entire tree, from the needles to the bark to the seeds in those jewel-toned berries. Three yew berry seeds can kill a person, if consumed. All that time in Scotland I was walking around with poison in my pockets—I was this close to death. It was literally at my fingertips.

LM: You have created a truly deep, dangerous and beautiful world in The Boneless Mercies. How, as a writer, do you walk the fine line between creating a setting that readers get lost in without delivering a deluge of information that I find bogs me down when I’ve read other fantasy novels?

AGT: I want the reader to intimately share an experience with my main characters—which means creating an intimate world. And I think it’s easier to create mystery and atmosphere working with a small-scale setting versus a large.