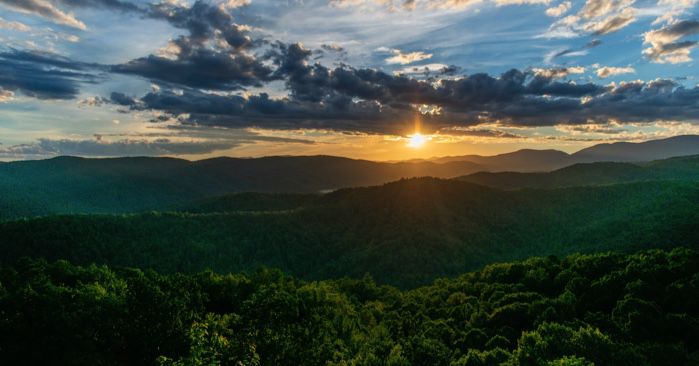 This past spring, I walked onto Shawnee State University’s campus to see the premier of Peerless City, a documentary about my hometown of Portsmouth, Ohio. The documentary follows the history of Portsmouth during its big industry boom in the first half of the 20th century and through its decline in more recent decades. In the present day, with its many addiction recovery programs, Portsmouth is now a beacon of hope as the region struggles to recover after being hit so hard by the opioid crisis.

This is the story of my town, and that night, Portsmouth residents saw themselves and their communities on the big screen. We watched our town’s story be told, not just by one person, but by dozens of different people, all with varying perspectives. No singular voice could have told Portsmouth’s complex history, to truly show the bigger picture that embodies the town. Representation for us sounds more like a chorus than a solo.

Like my hometown, Appalachia can’t be encapsulated by a singular story or perspective. It’s a diverse region with over 25 million residents, not including the members of the extensive diaspora (affectionately known as “expatalachians”) who live all over the world. But when I mention where I’m from, I receive a wide array of facial expressions from curious to confusion. “What?” they ask, “You mean like Hillbilly Elegy?”

No book has haunted me like Hillbilly Elegy. At dinners, parties, or holidays, I gird my loins for questions about this book. I’ve prepared my list of recommended reading (What You Are Getting Wrong About Appalachia and Appalachian Reckoning), recommended listening (Black in Appalachia and Appodlachia), and publications to follow (Black by God: The West Virginian and 100 Days in Appalachia). But at some point I have to wonder, when can I get back to recommending great Appalachian books instead of just responding to questions about this one memoir? I would much rather be gushing over Bernard Clay’s poetry or crying over one of Carter Sickels novels than answering — for perhaps the thousandth time — “But what about THAT book?!”

I don’t have the answer, and with election day for Vance’s senate race in Ohio so close, I doubt people from outside the region will quit asking me about Hillbilly Elegy anytime soon. While it’s so important to me to advocate for Appalachia and explain why I think Hillbilly Elegy is such a hot mess, I also can’t help but wonder how much more beneficial it would be if our collective energy could be spent advocating for Appalachian Literature as a whole instead of defending the region from a memoir written by one Midwestern Yale Law School grad turned politician.

Long before anyone had even heard of Vance, people from the mountains have been telling our stories. From historians like William H. Turner and Elizabeth Catte to poets laureate Crystal Wilkinson (Kentucky) and Kari Gunter-Seymour (Ohio), Appalachian writers have firmly established themselves as masters of American Letters. Not to mention that some people don’t even know that incredibly famous authors like bell hooks and Nikki Giovanni are Appalachian.

But even without big names or extensive coverage in the press, Appalachian authors are writing about life as they see it from their little corner of the mountains. In 2020, Annette Saunooke Clapsaddle’s debut Even As We Breathe was the first known published novel by an enrolled member of the Eastern Band of Cherokee Indians. And just this year, Neema Avashia’s Another Appalachia, a memoir about her life growing up as a queer Indian American in West Virginia, hit shelves to much acclaim.

Ultimately, no singular voice from Appalachia can stand as “the” voice for the region, nor should it. So regardless of how a person views Vance’s memoir, it shouldn’t be held to such high acclaim as the one book to “explain” Appalachia to the rest of the country. People from Appalachia don’t need help explaining who we are. We’ve been telling the wider world about the many different Appalachian cultures in these mountains for decades. Just not enough people outside of the region cared enough to listen.

That night in Portsmouth when the lights went up and director Amanda Page came on stage to thunderous applause, I felt such an intense sense of joy in the air. For the first time, I saw the most complete picture of my hometown, both the good and the bad. So many people came together to work on this documentary and show the community’s struggles and joys all in one place. It was a celebration of Portsmouth that I didn’t realize I desperately needed. And that’s what I want to see for Appalachia. I want the region, and its incredible literature, to be understood and appreciated for all of its incredible diversity and complexity. I want other people from Appalachia to feel what I felt that night in that theater: the power of being seen.

For more Appalachian literature, check out 15 Books About Appalachia to Read Instead of Hillbilly Elegy and then 15 more.