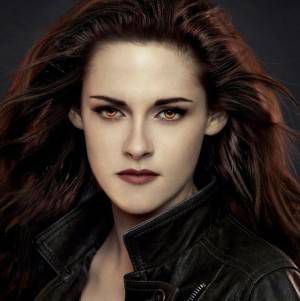 I’ve been reading books and writing about them for pretty much forever. I’ve committed many an opinion to the page that I look back on now with shame, disdain, or fervent disagreement in light of new things I’ve learned and ways I’ve grown and changed as a human being. And I’m not just talking about things like the junior high journal assignment detailing the ways in which I found Heathcliff & Catherine’s love story aspirational, although that’s an example of one that gets major side-eye since I didn’t really feel that way, I just wanted to seem dark and stand out to both the boy who might have been reading over my shoulder and the teacher I had a crush on. I’m also talking about college papers and blog posts from a few years ago, and even a few from my early days here at Book Riot.

Changing opinions are good, definitely. If you get stuck in your own way of thinking, you start to feel stuck in other areas of your life too, or at least that’s how I’ve begun to see it. Still, it sucks to know that if someone happens on a piece of your writing from five years ago that they don’t know you fervently disagree with now, you become subject to judgment you no longer deserve and you have to backtrack.

All of this is leading to something, I swear. I just haven’t quite figured out how to say it yet.

Books are really something, aren’t they? You get such different messages from them depending on where you are in your life when you read them. Everything I read in 2008 seemed like the Best Book Ever because I was choosing what to read from library and bookstore shelves, not course syllabi. But if I re-read, say, The Book Thief now, I might find it blatantly emotionally manipulative (like The Fault in Our Stars, which I might adore six years from now) instead of beautiful. I’m pretty sure I’d still hate Atlas Shrugged, which I read in 2002? 2003?, even though I wouldn’t be required to write an essay on it now (“What is Atlas? Answer in five pages.”), but if it’s your jam, well, I’m glad you found it. Finally, we all know how different our childhood favorites would likely be if we revisited them as adults (looking at you, Wakefield sisters).

All of this ties into something, I swear. But I’ve written about it so many times before.

Writing incessantly about my desire to ditch literary snobbery is my attempt to atone for it, maybe. So here’s where this rambling is going: I suddenly feel like I should apologize to Bella Swan. To do so, I have to admit so many uncomfortable things that perhaps I won’t say out loud. Oh, but it works better if I do.

The uncomfortable truth is this: At Bella’s age, I was a lot like her. A whole lot. The things about her that weren’t like me, I realize now, I envied when I read the series. That lightens my load a little bit, but putting it out there after the things I’ve said about Bella feels raw: Now the folks who have heard me say those things will know that, mostly, I was berating the traits I found annoying in myself at fifteen, sixteen, even twenty. Even thirty, sometimes.


It’s amazing how much capacity we have for change when we face the truth, though, and that can hurt when the truth about you is that you would have envied Bella Swan.

Here are some uncomfortable truths we’re pretending are hypothetical:

Say you were an overstressed teenager longing for the freedom to underachieve, but you would never have dared. Instead, you imposed strict rules on yourself and always forgot to monitor your untreated anxiety. You were figuring out that the person you loved would never love you back in the way you wanted. Meanwhile, the person you didn’t love anymore would not stop calling you.

You would have eaten up Bella’s apathy, you wanted it so badly for your own. You would have cringed and grimaced along with her (and she does both a lot), sharing in her awkwardness, as your own desires, sexual and otherwise, awoke and directed themselves at a person who would never, could never be yours. Looking back at that time, you fully understand the hole in Bella’s chest because it was yours, her lack of air when she thinks she’s lost him because there were times when it felt like you couldn’t breathe.

Say you knew you were as awkward as Bella feels (and although you fell down considerably less, you always did it when someone was looking). Your teen self would have been friends with her, the kind of friends who raid each other’s closets and CD collections and scrawl song lyrics on each other’s jeans and sneakers and forearms during study hall.

And then there’s the present, in which you’ve taken on the role of sometimes-bored writer-slash-housewife. There are days when the writing digs up old pain. There’s the occasional Bad Marriage Day. At the end of one of those days, you have an epiphany about Bella Effing Swan in the shower. You think maybe it’s a hallucination, you know, the water was too hot, the steam made it hard to breathe. But no. You suddenly find Bella’s passivity appealing instead of wanting to mock her for it. She is perfectly comfortable letting things and people happen to her and you don’t have the luxury; you must be organized and in control, always. When Bella makes her own decisions they are frequently reckless, a thing you can’t be because you are upstanding and responsible now, You Are Past That Because You Are An Adult, Dammit.

So you have an epiphany in the shower, an epiphany you must write about on the internet so that you can cringe at yourself in a few months or years. And you write about it, you click submit, and there it is.