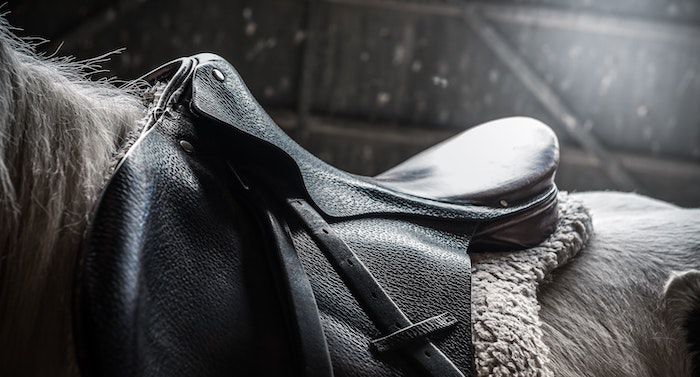 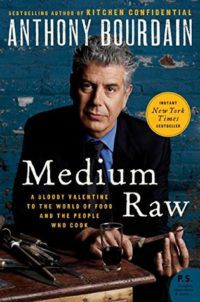 I am nothing like Anthony Bourdain. Drugs don’t do much for me, I have had sex with a grand total of three people, and I am terrible at conflict. He wrote mostly about food; I write mostly about horses.  The only thing we have in common is a smartly polished set of authority issues.

I am late reading Bourdain’s work. I tripped over one of his books in the audio section of my Scribd account recently.  I’ve seen bits of Parts Unknown. I heard parts of Kitchen Confidential on NPR after his death. Then a month ago, I was hooked. “I knew he could write,” I told a friend halfway through reading Medium Raw, “but I didn’t know he could write like that.”

And his words were everything I want my writing about horses to be.

Bourdain took food and the life of chefs in New York and wrote it into a page-turner.  He made it look easy, too—it is not. Writing about an industry that many people have lots of feeling about but don’t know is nearly impossible. Writing about it in a way that is exciting and important is next to divine.

The subject of horses and equestrian culture is not as universally experienced as restaurants, but everyone has something to say about it. Both are topics with an extensive vocabulary and their own set of technical details. Get the details wrong, and the purity trolls come for blood.

There is also a balance to technical details. Too many with too much explanation and the writing drags; too little, and the writing goes flat.  Sometimes authors need to explain what mise en place in a kitchen is or where exactly one would find a latigo on a saddle; other times, they don’t—but how does the writer know when? Heck if I know.

Bourdain is also the king of pacing. His writing clips along with an energy that never waivers. He also writes characters, scenes, and settings with sizzling precision.  I am not much of a foodie, I don’t know much about ingredients or Michelin stars, but I just wanted to read the whole book in one sitting. Can I do this with horses?  Can I be this kind of guide that takes a culture many people will never know and make them want to keep reading?  I don’t know if I can, but I sure would like to try.

I worry while writing this that it might be a little bit cringey to sing the praises of Anthony Bourdain. He was often a bit macho, sometimes fat-phobic, and yes, an old white male celebrity. My inner intersectional feminist is screaming. There is also a part of me that has been carefully trained to distrust celebrity books. So many authors who could survive off celebrity book deals and the writing in them is usually eye-gougingly terrible at its best.

Last fall, a coworker sweetly offered me a book about grief by a rather camera-worthy Instagram influencer. I was crying in the back of the kitchen over my recently departed grandmother. I turned to her between sobs, snarled “OH GROSS,” and then tore the idea to shreds because I am an unkind snob.

I still regret it.

It is essential to read widely. If that book by an Instagram influencer with a juice cleanse business and a beige house the size of an elementary school gives you joy, please read away. I am sorry I was a jerk.

However, there is one thing that Anthony Bourdain did do that said Instagram author probably didn’t—he punched up. He spoke truth to power. Bourdain was honest, even when that honesty wasn’t what people wanted to hear. His blunt observation is why he was so compelling.

Like fine dining, equestrian culture is a society where money and privilege are always part of the equation.  They are also small communities, full of gossip, and a reputation is paramount. Punching up in these places takes guts, and for Anthony Bourdain, this courage paid off. I hope I can have a little courage too.