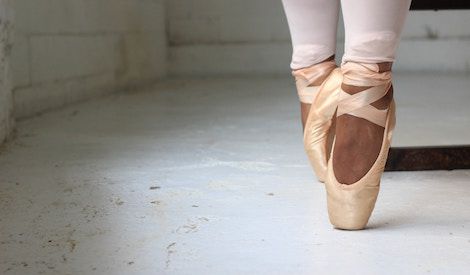 This autumn, a ballet based on L.M. Montgomery’s Anne of Green Gables is opening in Halifax. Ballet Jörgen’s production will tour Canada beginning September 28, 2019.

Anne of Green Gables began as a serialized story in 1908 and was first published in novel form in 1910. The eight-book series is beloved worldwide, with multiple film, television, stage, and radio adaptations, as well as modern retellings and more. On a personal note, it is also the source of my roller derby name, Anna Mean Gables; I was an Enforcer with the Los Angeles Derby Dolls for five years.

On an even more personal note, I grew up at the ballet; my father has been an American Ballet Theatre orchestra member since 1976. Ballet is somewhat unique in that it is a wordless story told by two storytellers: the composer and the choreographer (not to mention the performers: ballet dancers and musicians). Many ballets are based on written source material, including children’s books like Anne, and I am always excited to see new stories adapted in dance.

Ballets Based on Books and Stories

Romeo and Juliet is, of course, based on the Shakespeare play. There are two different scores—I prefer the score by Pyotr Ilyich Tchaikovsky, but the Sergei Prokofiev version is also delightful.

Coppelia, with music by Léo Delibes, is based on two short stories by gothic novelist E.T.A. Hoffman, a man so extra that he changed his second middle name in order (I assume) to get the initials he wanted. (Delibes also scored Sylvia, which is based on the Torquato Tasso play Aminta.)

Hoffman also wrote “The Nutcracker and the Mouse-King,” which of course became The Nutcracker, also scored by Tchaikovsky and arguably the best-known ballet on earth. The ballet is more specifically based on the Alexandre Dumas version of the story, which is such a delightful bit of trivia that I almost can’t stand it.

Swan Lake is a mash-up of Russian and German folktales, while The Sleeping Beauty is based on Charles Perrault’s “Little Briar Rose” (later retold by the Brothers Grimm), and Giselle is based in part on the poem “Fantômes,” from Les Orientales by Victor Hugo.

Back to Prokofiev: in addition to Romeo and Juliet, he also wrote the ballet version of Cinderella, and The Tale of the Stone Flower, based on a Ural folktale (the Ural region is primarily in Russia and includes part of Kazakhstan). He is perhaps best known for Peter and the Wolf, and also wrote the score to the movie Alexander Nevsky, which he later arranged as a cantata, and the opera of War and Peace.

But what of the stories that aren’t yet ballets? These nine stories all have the fairytale feeling present in many ballets, and some are themselves fairy- and folktale retellings. Descriptions are adapted from Goodreads.

Twelve-year-old September is met at her kitchen window by a Green Wind (taking the form of a gentleman in a green jacket), who says her help is needed in Fairyland. Only September can retrieve a talisman the Marquess wants from the enchanted woods, and if she doesn’t…then the Marquess will make life impossible for the inhabitants of Fairyland. September is aided by a book-loving Wyvern and a mysterious boy named Saturday.

Prince Sebastian is looking for a bride―or rather, his parents are looking for one for him. Little do they know, at night Sebastian puts on daring dresses and takes Paris by storm as the fabulous Lady Crystallia—the hottest fashion icon in the world capital of fashion! Sebastian’s dressmaker and secret weapon Frances dreams of greatness, but being someone’s secret weapon means being a secret. Forever. 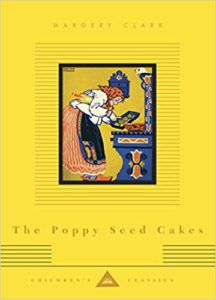 Auntie Katushka has just come from the Old Country, bringing poppy seeds to make cakes for mischief-prone Andrewshek. A little neighbor girl named Erminka, who wears red boots that are too big for her, joins Andrewshek for a series of adventures with talking animals including a greedy goose who steals the cakes; a naughty white goat who hides on the roof; and a kitten, a dog, and two chickens who are determined to crash the children’s tea party.

The Palomas and the Corbeaus are enemies, locked in an escalating feud for over a generation. Both families make their living as traveling performers in competing shows—the Palomas swimming in mermaid exhibitions, the Corbeaus, former tightrope walkers, performing in the tallest trees they can find. When disaster strikes the small town where both families are performing, it’s a Corbeau boy, Cluck, who saves Lace Paloma’s life. And his touch immerses her in the world of the Corbeaus, where falling for him could turn his own family against him, and one misstep can be just as dangerous on the ground as it is in the trees.

Miryem’s father is a moneylender; free to lend and reluctant to collect, he has loaned out most of his wife’s dowry and left the family on the edge of poverty—until Miryem steps in. When her grandfather loans her a pouch of silver pennies, she brings it back full of gold. But the king of the haunted wood has learned of her reputation of being able to change silver to gold, and he wants to exploit it for reasons Miryem cannot understand. 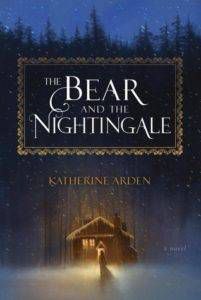 After Vasilisa’s mother dies, her father goes to Moscow and brings home a new wife, who forbids her family from honoring the household spirits. The family acquiesces, but Vasilisa knows that more hinges upon their rituals than anyone knows. As crops begin to fail, evil creatures of the forest creep nearer, and misfortune stalks the village, Vasilisa’s stepmother grows ever harsher in her determination to groom her rebellious stepdaughter for either marriage or confinement in a convent. Vasilisa must  call on dangerous gifts she has long concealed in order to protect her family from a threat that seems to have stepped from her nurse’s most frightening tales.

When Alice’s grandmother, the reclusive author of a cult-classic book of pitch-dark fairy tales, dies alone on her estate, the Hazel Wood, Alice learns how bad her luck can really get: her mother is stolen away by a figure who claims to come from the Hinterland, the cruel supernatural world where her grandmother’s stories are set. Alice’s only lead is the message her mother left behind: “Stay away from the Hazel Wood.” Alice has no choice but to ally with classmate Ellery Finch, who may have his own reasons for wanting to help her. To retrieve her mother, Alice must venture first to the Hazel Wood, then into the world where her grandmother’s tales began―and where she might find out how her own story went so wrong.

The romance ballet is probably the second most popular (after the classical ballet), but in ballet there is rarely a happily ever after. Well, we can change that! Here are a few favorite romance novels, complete with HEA, that would make great ballets. 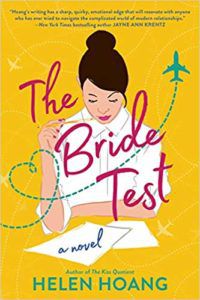 As a mixed-race girl living in the slums of Ho Chi Minh City, Esme Tran has always felt out of place. When the opportunity arises to come to America and meet a potential husband, she can’t turn it down, thinking this could be the break her family needs. Seducing Khai, however, doesn’t go as planned. Esme’s lessons in love seem to be working…but only on herself. She’s hopelessly smitten with a man who’s convinced he can never return her affection. 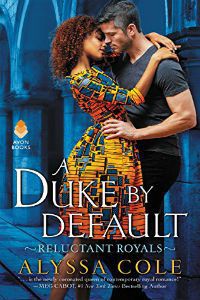 New York City socialite and perpetual hot mess Portia Hobbs is tired of disappointing her family, friends, and—most importantly—herself. An apprenticeship with a struggling swordmaker in Scotland is a chance to use her expertise and discover what she’s capable of. Turns out she excels at aggravating her gruff silver fox boss…when she’s not having inappropriate fantasies about his sexy Scottish burr. Forging metal into weapons and armor is one thing, but when desire burns out of control and the media spotlight gets too hot to bear, can a commoner turned duke and his posh apprentice find lasting love? 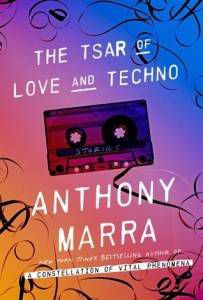 The Tsar of Love and Techno by Anthony Marra

A 1930s Soviet censor painstakingly corrects offending photographs, deep underneath Leningrad, bewitched by the image of a disgraced prima ballerina. A chorus of women recount their stories and those of their grandmothers, former gulag prisoners who settled their Siberian mining town. Two pairs of brothers share a fierce, protective love. Young men across the former USSR face violence at home and in the military. And great sacrifices are made in the name of an oil landscape unremarkable except for the almost incomprehensibly peaceful past it depicts.

I have only one question: what brilliant composers will work on these ballets?