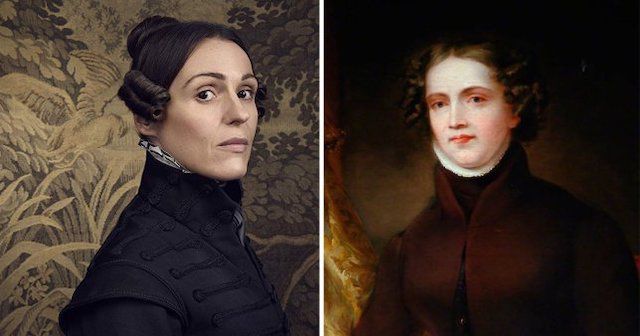 Ever heard of Anne Lister (1791-1840)? Often referred to as the ‘first lesbian’ (an expression that requires some unpacking in its own right), her frank and fearless diaries inspired the series Gentleman Jack. It’s a slice of queer women’s history in early nineteenth century Britain with fabulous costumes to boot. What’s not to love?

A wealthy and independent woman, Anne Lister lived life on her own terms. Her diaries ran for over twenty years with a sixth of them being written in code. She called this her ‘crypt hand’ and used it to write about her sex life, menstruation, and more. Now, I don’t know about you, but that sounds like the sort of woman I want to know more about.

Here’s a reading list of books all about Anne Lister. All of the authors who feature are white – writers of colour are deeply under-represented in this sector. This is perhaps unsurprising when a 2018 piece of research revealed that fewer that one in 100 history professors working in the UK is from a black background. Let us know via social if you’re a POC author working on Anne Lister – we want you on this list! 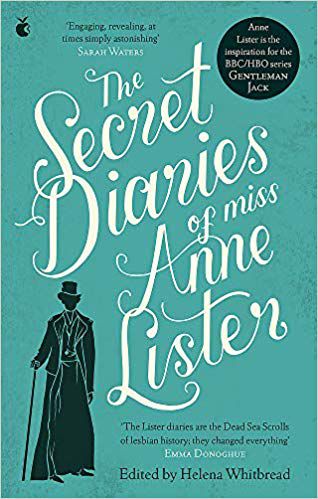 Helena Whitbread spent years transcribing and decoding the diaries of Anne Lister. As she points out in the introduction, it’s remarkable that they even survived at all. After Anne’s premature death in Russia, they were found by one of her ancestors and promptly silenced. This continued for many years until they were, eventually, found…

This volume is continued by No Priest But Love.

Gentleman Jack: The Real Anne Lister. The Official Companion to the BBC Series by Sally Wainwright and Anne Choma

I’m yet to get my hands on this one myself, but anything written by Sally Wainwright is a good thing. Gentleman Jack promises previously undecoded diary fragments, and a comprehensive introduction to Anne Lister’s life.

(This book has my favourite subtitle. Anne Lister’s business cards would have been amazing…)

Steidele “uses the diaries to create a portrait of Anne Lister as we’ve never seen her before: a woman in some ways very much of her time and in others far ahead of it.” 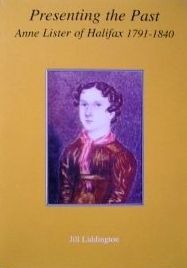 Ignore the front cover – this is well worth hunting out. It’s a slender volume that looks at the entirety of Anne’s life through the perspective of history. Liddington talks about how historians have treated Anne Lister and suggests that each generation finds its own version of her. It’s a really thoughtful book.

Happy Reading! If you want more queer reads why not check out this list of 100 Must Read Bisexual and Lesbian Books?