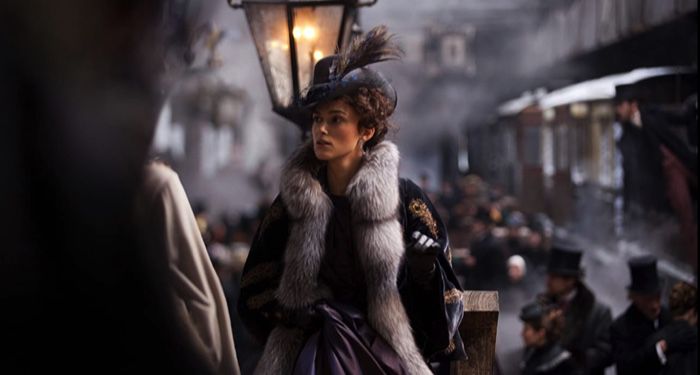 There is a romance in Anna Karenina, a good one, a brilliant one even. But it’s not Anna leaving boring Karenin for dashing Count Vronsky, it’s not their scandalous affair, their passionate love. The romance of this classic novel is a quieter, subtle romance, soft, gentle, and rooted in actual work, honesty, and forged understanding between two equals.

No, Leo Tolstoy’s classic certainly isn’t the romance people think it is. I’ve seen people complain about its inclusion on ‘romantic reads’ lists more than once, and their complaints are fair — but only because of a fundamental misunderstanding about the book.

(For those who don’t know the basic plot of the novel, be warned: spoilers ahead.)

For Tolstoy, the best thing you can be is natural, honest, true. And Anna, arguably, is true. She is affected, yes, especially at first, and certainly selfish. But at her core, she is a woman desperate simply to follow her heart. Tolstoy’s best test of character is always: how well do they ride? How are they on a horse? Anna is a natural, gliding on her mount.

In a famous sequence, Vronsky participates in a horse race. He arrives late and doesn’t meet his horse until the day before. He’s told that the horse knows what he has to do, so he should just let the horse ride, and for the majority of the race, he does so. The horse takes every jump with grace. But it isn’t enough for Vronsky. He wants to win, so he started pumping the reins to force a longer stride — and heartbreakingly, on a simple jump, he lands wrong and breaks the horse’s back. Afterwards, Vronsky doesn’t even understand what went wrong. On Tolstoy’s terms, nothing could be as damning as this scene.

And it follows that his romance with Anna is anything but natural, anything but gentle. Anna is the title character, I know. And she’s very flashy. Anna and Vronsky are selfish, reckless, often superficial. Their actions and personalities certainly run the show. But from the beginning of the novel, Tolstoy sets Vronsky up as a man not to be trusted, a man too concerned with himself and appearances to let things run true.

Anna and Vronsky’s relationship is desperately un-equal. In their scandal, Vronsky leaves little behind. He gives up a little social standing, sure, and a job he didn’t like all that much — but he finds a new calling, becoming a wealthy landowner.

Meanwhile, Anna loses everything. She loses access to her son, and while she wasn’t a perfect mother, she loved him dearly. Women no longer want to associate with her, fearing that their own reputations will be destroyed by association, even former friends, even family.

Tolstoy deftly floats discussions and debates about women’s education through the book. It’s not a coincidence or a digression to hear Vronsky and Anna arguing fiercely about whether women should be educated throughout their relationship. Motherhood and society were the only callings that Anna was allowed to have. They were the only things that as a woman of her status, she was allowed to do. Education, land, business, none of what Vronsky has, what men have, is accessible to her.

And the little she does have — the callings of motherhood and social life — have been taken from her. She is left without a career or hobby to pursue, without friends, without vocation. Vronsky has land, he has most of his friends, he has standing still, and things to do. Anna has nothing but Vronsky. She is bored, her mind is numb. Anna falls into what former centuries have called hysteria. She has been denied education, she is lonely and trapped, with nothing for her mind to do, and it rebels against its barriers. Anna becomes paranoid, anxious, depressed, thinking of herself as an unloved or resented burden. Vronsky still has so much, and what can she offer? Her final unraveling is painful proof of the inequity of her circumstances, the brutal difference in the way scandal skims off men and condemns women.

His and Anna’s love is doomed from the start. Tolstoy has no plans to encourage us to pursue a love like theirs. So who, then, is this story about? I promised at the beginning of this piece that Anna Karenina is, indeed, a romantic read, a good one.

At the beginning of the novel, young Kitty is in love with Vronsky, and under the sway of the deeply superficial world of Anna. So when young Levin asks for her hand in marriage, she says no. But he waits for her. And he doesn’t push. He just waits, and hopes, and they stumble back into each other’s orbits, and eventually, he asks her again. And she has grown in the meantime, has healed, and she says yes.

Levin is a fantastic rider: he takes care of his horses himself, personally, with determination and care. So if you’ve been paying attention, you can guess where Tolstoy’s loyalties lie. And for good reason. Levin and Kitty’s marriage is real in a way that Anna and Vronsky’s relationship fully is not.

It isn’t always easy, especially at first. They fight in the first few months of their marriage. There’s jealousy when a visitor flirts with Kitty. There’s pain, and growth. But they are completely transparent with each other. Levin tells Kitty he isn’t a virgin. When he goes to Moscow, he falls briefly under Anna’s spell, but they discuss it and move on. When a man flirts with Kitty and makes Levin jealous, he makes a scene, but he and Kitty reconcile easily.

Vronsky scorns Anna’s domestic world, burying himself in the company of his male friends and in the increasing success of his land. Levin quietly inserts himself into Kitty’s realm, into that of her and her sisters. When men make fun of Levin’s love for Kitty, he quietly turns away. He has no interest in the power struggles and gross competition of men that Vronsky enjoys. Levin only cares about Kitty, the people of his land, and his horses.

They are comfortable with each other, often impressed with each other. They forge a life together by leaving behind their false visions of easy, innocent love, and instead actually committing to each other and to a firm, real marriage. For the time of the novel, their marriage is one of astounding equality. Levin takes Kitty’s opinions, her feelings, seriously. Kitty is patient with Levin’s philosophical questions and outbursts. They stand as a true couple, in a real marriage, rooted in understanding and conversation.

Yes, Levin’s love story with Kitty is complicated, thorny. But that’s okay. In fact, it’s brilliant. Their story is about learning to be content, rather than exhilarated. They dodged the rich circles of excess and daring that Anna and Vronsky fell into. They committed to something else: to live simply, to find joy in small things. To realize that love is more than passion or excitement. It’s about a warm home, a light in the window, an open acceptance, a quiet peace. And what a romance that is.