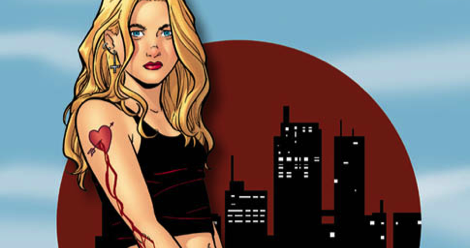 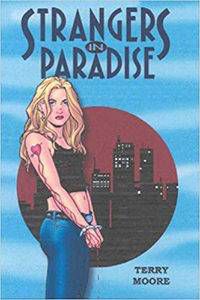 Katchoo, from Terry Moore’s acclaimed comic series Strangers in Paradise, is a great example. Terry Moore excels at writing messed-up, tough-as-nails heroines: the newly-dead Rachel of Rachel Rising; the war-vet-turned-car-mechanic Samantha of Motor Girl; Julie, the tech-powered photographer of Echo. Yet Katchoo, befitting someone with that name, is in a league of her own. Unlike Moore’s other series, Strangers in Paradise has no fantastical elements; it’s a quirky slice-of-life saga about a girl and her best friend. Moore renders Katchoo’s longing for Francine with both hilarity and heartbreak.

While I’d love to see more comics and graphic novels by queer women make the leap to the big screen, I’m incredibly excited by the news that Moore’s series will be adapted into a film—and even more excited that the director at the helm is Angela Robinson, a queer woman.

Robinson revealed the news in an interview with the Tracking Board about her upcoming film, Professor Marston and the Wonder Woman, centered on Willam Moulton Marston, the man behind the creation of Wonder Woman, as well as the polyamorous relationship between him, his wife, and another woman. In addition to Professor Marston, Robinson has directed the cult hit D.E.B.S., and episodes of How to Get Away with Murder and The L Word.

Details are scant at this point, but the Tracking Board does suggest that Robinson will be working closely alongside Moore, whose work on the series won him an Eisner Award. As with any announcement involving the adaptation of a beloved book, this should be treated with, at best, cautious optimism. Though with Robinson at the helm and Moore remaining close to the project, it’s difficult not to feel more optimistic than cautious.